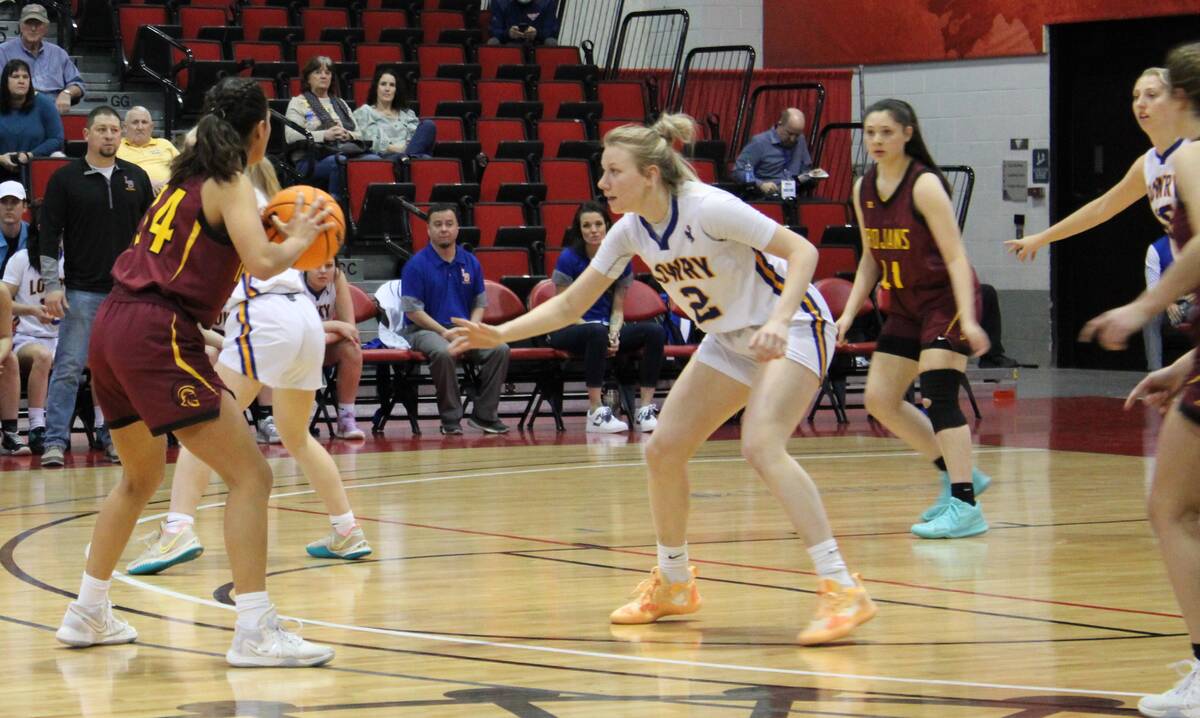 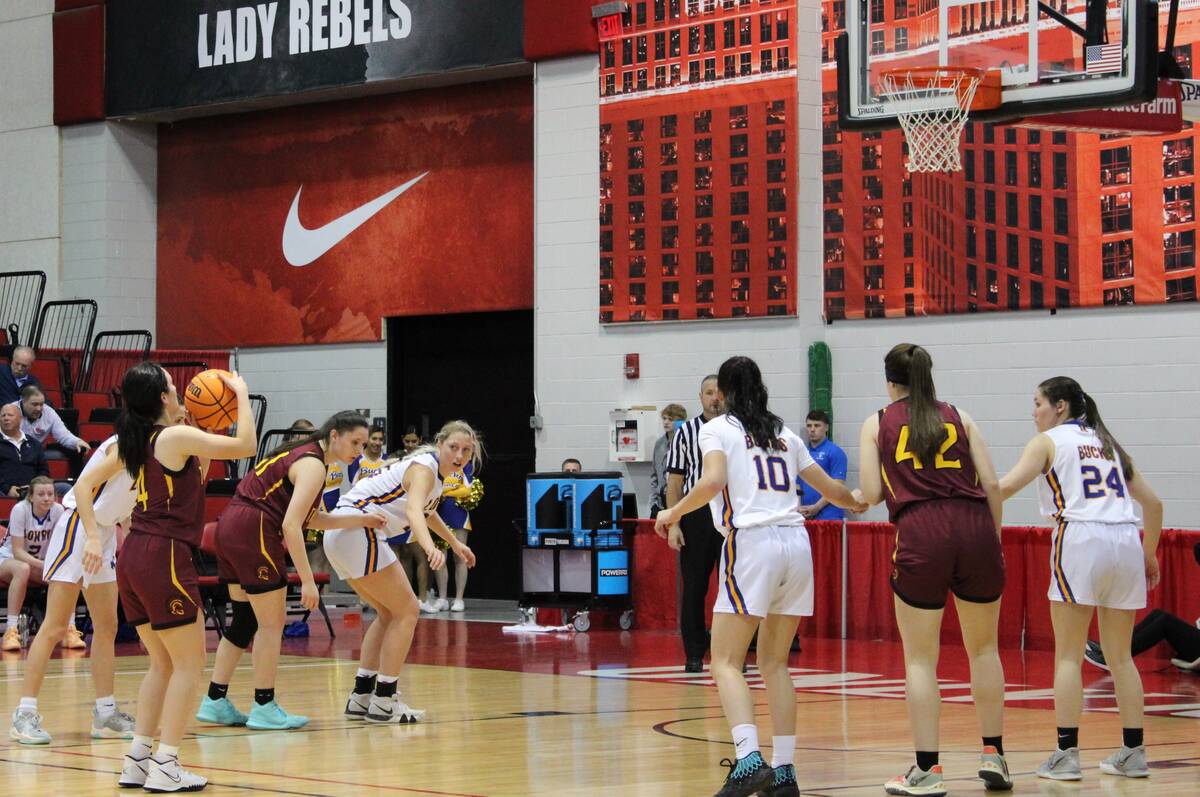 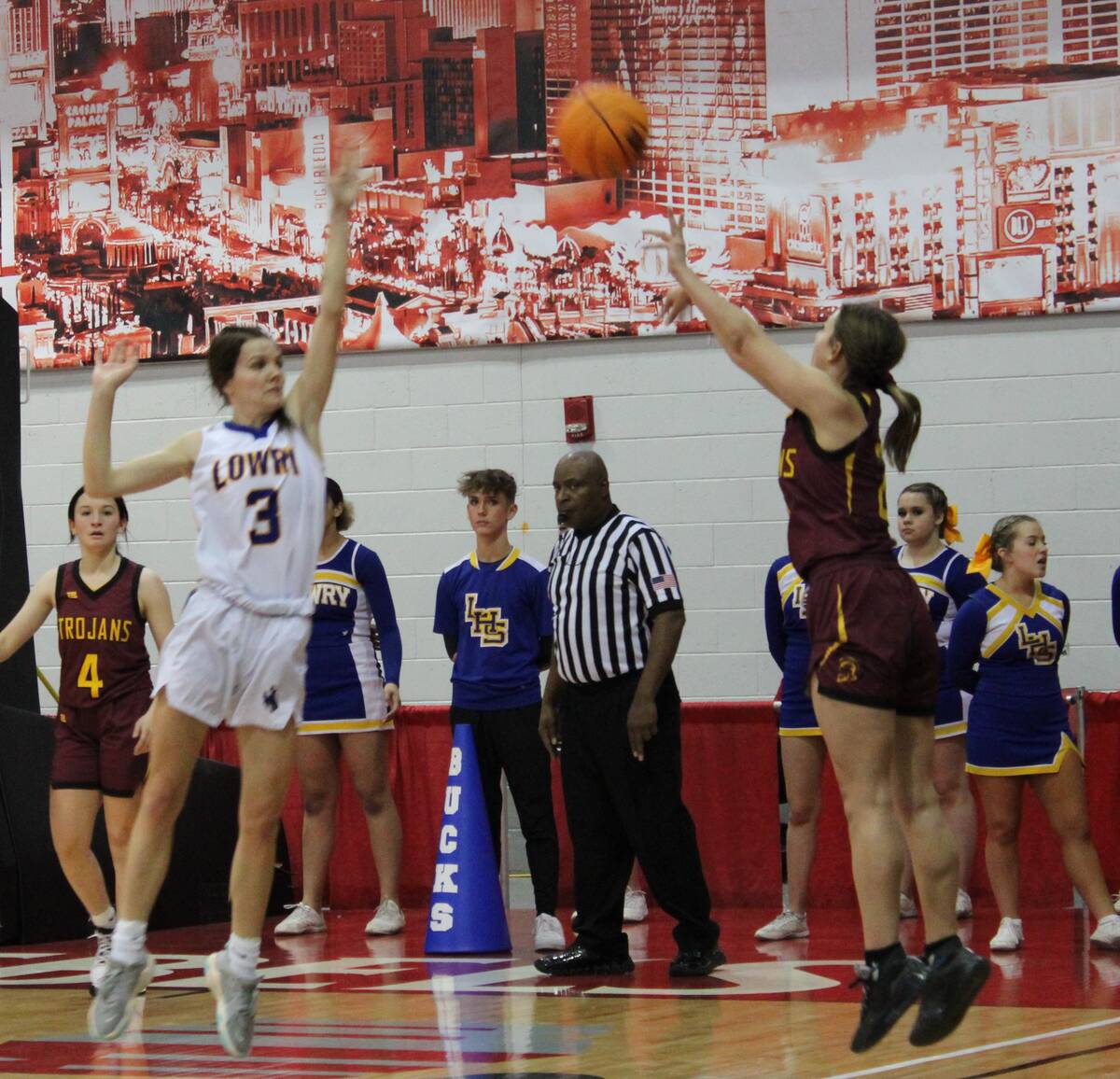 The Pahrump Valley Lady Trojans came up short in their state tournament game against Lowry High School on Friday, Feb. 25, at the Cox Pavilion in Las Vegas.

The Trojans knew coming into the tournament that they had a tough first-round matchup with Lowry High School and their starting player, Savannah Stoker.

Stoker was the highest scoring player in the state this season, averaging almost 23 points per game, and she was one of the top rebounders as well, averaging over nine rebounds per game.

Despite going up against the best scorer in the state, the Trojans were up for the task.

Pahrump Valley stayed neck and neck with the Buckaroos in the first quarter, thanks in large part to a huge scoring quarter for sophomore Abbigail Ramos.

Ramos scored six of her ten points in the first quarter. She also added eight rebounds for the Trojans.

Lowry was able to take a slight lead, 15-11, by the end of the opening period.

The middle two quarters of the game were controlled mostly by the Trojans. They outscored the Buckaroos 27-20 in the second and third quarters to take a 38-35 lead going into the fourth quarter.

Senior guard Tayla Wombaker was crucial in those middle quarters. She had ten huge points, including three 3-pointers to help the Trojans take the lead. Wombaker finished the game with 15 points, three assists and two rebounds for Pahrump.

Guards Adryanna Avena and Avery Moore were also crucial for the Trojans during their run. Avena finished the game with eight points and two rebounds, while Moore finished with two points and eight rebounds.

The fourth quarter is where things started to not go Pahrump Valley’s way.

The team as a whole wasn’t able to get anything going on either side of the ball. None of the Trojans’ shots were falling and they had a tough time stopping the Lowry offense.

The Trojans didn’t make any of their shot attempts in the final portion of the game, getting outscored 19-4. All four of their points were scored on free throws by Wombaker and Kailani Martinez, who finished with seven points.

The Buckaroos of Lowry would come out on top by a score of 54-42.

Following this season, the Trojans will be losing their top scorer in Wombaker due to her graduating this year. However, the team will be returning with their next five top scorers next season.

One of the other emerging young players will need to step into the leadership role that Wombaker had filled this year. Look for Martinez to be one of the people to fill that role.

Avena is another player who could help fill the leadership role on the team. She was second on the team in scoring before suffering a mid-season injury that caused her to miss a handful of games. She’ll be returning next season as one of the few seniors on the team.