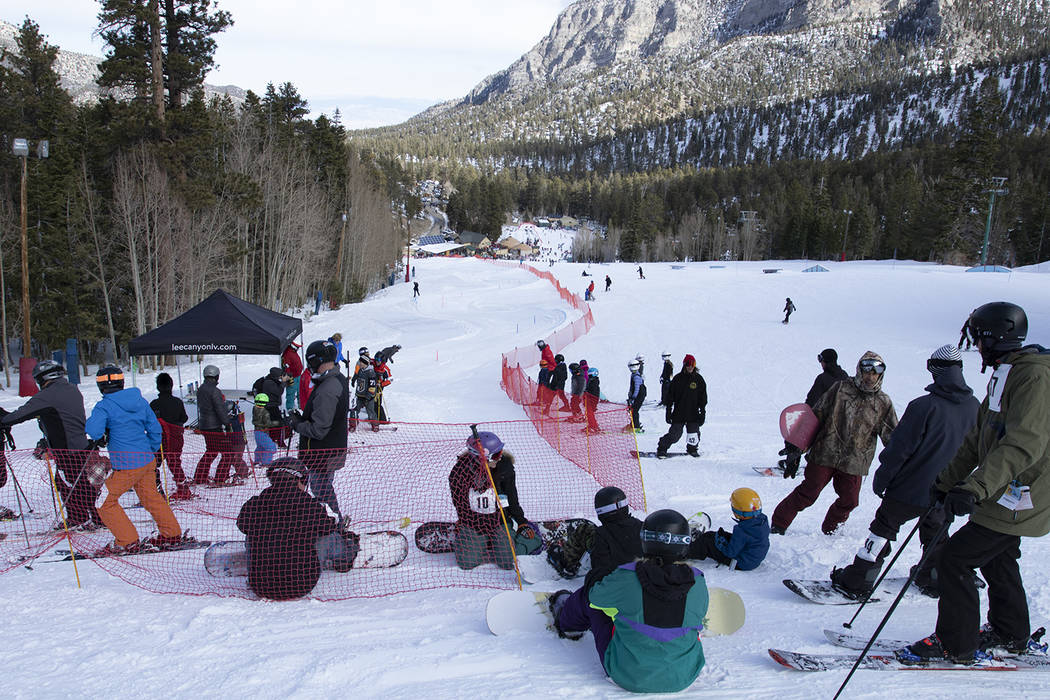 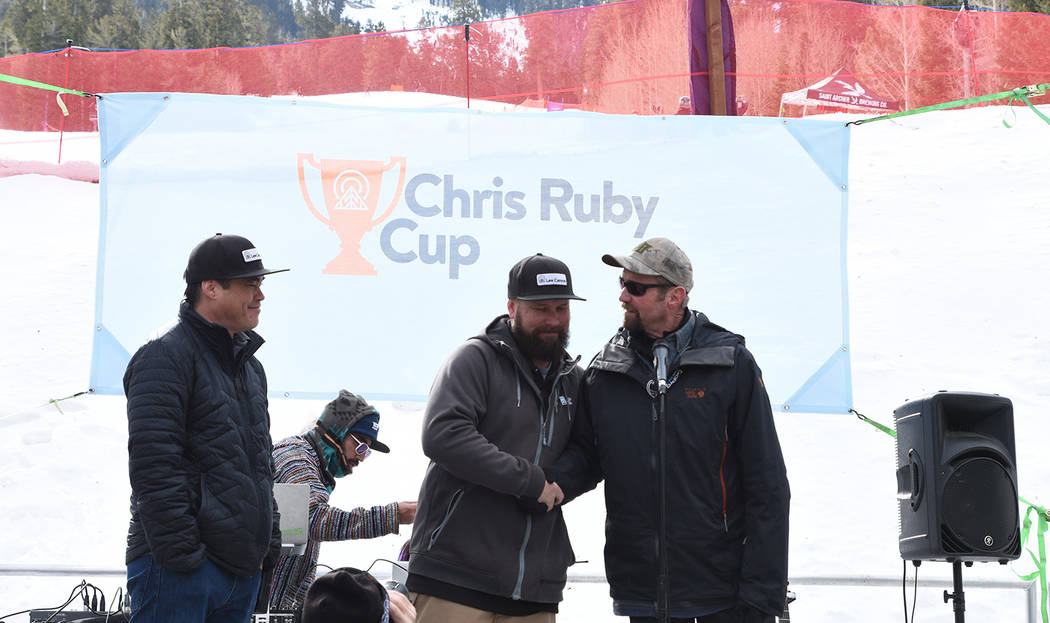 Special to the Pahrump Valley Times The Ruby Cup at Lee Canyon celebrates the life of Christopher Ruby, an organ donor who has helped almost 100 people since his 2014 death at age 20.

The fun race celebrates the life of local snowboarder Chris Ruby, who helped more than 90 patients through organ donation.

A record-breaking 155 attendees registered to become an organ donor at the event. Funds were raised from the $20 entry fee, Lee Canyon’s match of $20 for each organ donor, individual donations to Nevada Donor Network and beer sales.

“We raised over $4,500,” said Jim Seely, Lee Canyon’s marketing director. “This included guest donations on top of the registration and the St. Archer draft beer special in the bar.”

Attendees were able to purchase a St. Archer Hazy IPA from the resort’s Bristlecone Bar for $8, with 100 percent of the proceeds being donated to Nevada Donor Network.

Ruby was 20 years old when he died in a snowboard accident in 2014. One of the first people helped by his organ donation was his aunt.

Nevada Donor Network announced its sixth record-breaking year out of the past seven in the number of lives saved and healed through organ, eye and tissue donation. NDN coordinated the recovery of 530 lifesaving organs from 130 organ donors, 799 tissue donors and 1,238 cornea donors.

This gifts allowed NDN to provide 442 organ transplant recipients with a second chance at life, facilitate increased mobility and function for thousands of tissue recipients and restore sight to 1,980 cornea recipients.

According to the Organ Procurement and Transplantation Network and U.S. Census data, the average rate of organ donors per million of population served is approximately 33. In 2018, that number reached 59 in Nevada.

NDN also led the nation in the number of organs transplanted per million of population served in 2018, achieving 201 TPMP, more than double the U.S. average of 99.

“Until all 619 Nevadans on the waiting list and the more than 114,000 others nationwide receive their lifesaving transplants, we will continue to passionately serve our mission with record-breaking success,” NDN President and CEO Joe Ferreira said.

“More than two million people who call this beautiful state home are counting on us. We will proudly continue serving those who give and saving those who desperately wait across the globe in honor of our donors and their families.”