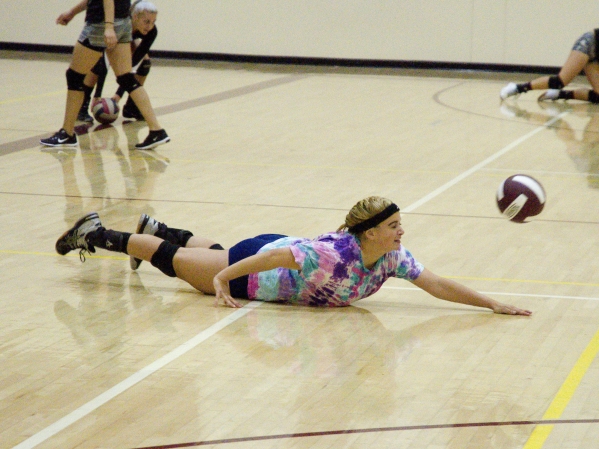 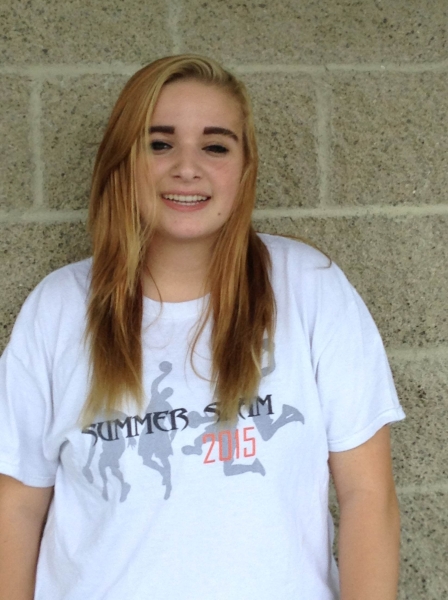 The Trojans volleyball team has a chance to finish high in the standings this year and one of the reasons will be their libero, senior Lauren Ashford.

Pahrump Valley were the fourth-place seed last year, finishing 15-18 overall and 8-6 in league and Ashford’s defense could be that element to put them higher in the standings.

Ashford has played varsity volleyball for the Trojans for the past three years and she thinks this year is the best team she has played for.

“I really think this is one of the best teams and I am really excited,” Ashford said. “I think we will go further than we did last year because we have a strong offense, good hitters and the experience.”

She said last year the Trojans had a tough schedule and played some senior-rich teams like Faith Lutheran and Spring Valley but now her team will have that experience.

“Last year we played Sierra Vista and Spring Valley close,” she said. “This year I think we can beat them.”

“I am looking at Lauren to be one of my leaders on the floor,” she said. “She came to us as a sophomore with an instinctual ability to read balls well that are being hit at her. This skill does make a good candidate for a defensive specialist or libero. She has become very comfortable and confident in that role on our team.”

The senior libero said she is not intimidated by the bigger teams.

“Playing bigger teams makes me play harder,” Ashford said smiling. “I am a better defensive player this year because I read balls better and I am better at stepping up to the ball. I am also better at the back row hitting.”

Back row hitting is scoring on hits from the back during a volley.

The libero also says that team communication will be vital to wins this year.

“I think we are better at talking to each other on the court,” she said. “The key to communicating is to get the captain talking and then everyone else and we do that now.”

The defensive specialist said she has grown since her sophomore year with the team, which was her first year here in Pahrump. She had moved from a school in New Mexico.

“My first year here I didn’t know anyone on the team and my communication was bad,” Ashford said. “I also had problems reading the ball and other teams.”