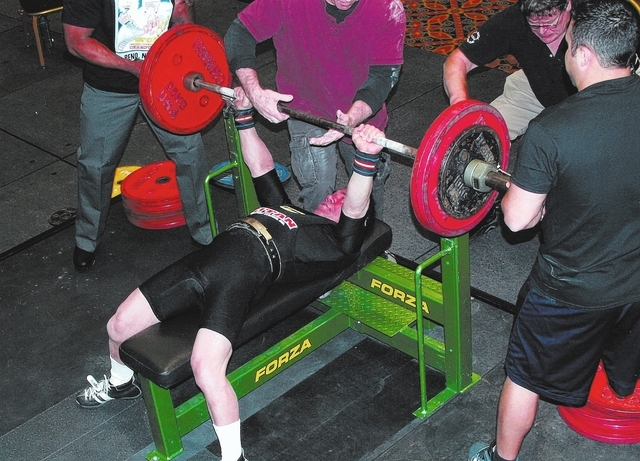 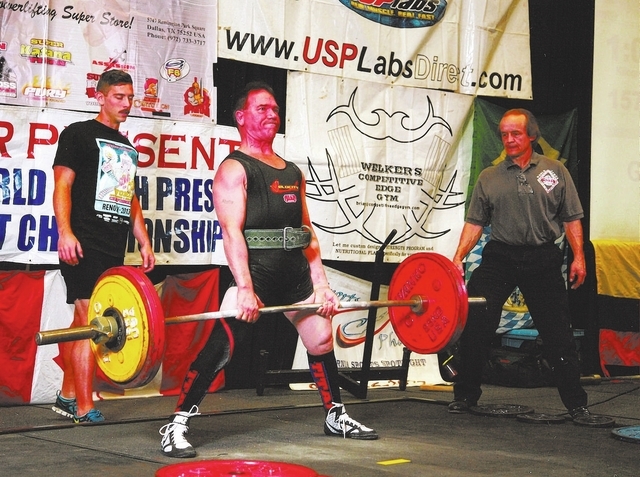 Three men from Pahrump excelled at the World Association of Bench Pressers and Deadlifters (WABDL) competition in Reno Nov. 3-10.

Joseph Marshall, 25, also set a record when he benched at 445 pounds, and Rodney Graves, who will be 90 years old next year, made his first lift successfully, but then dropped out.

“I will definitely be competing in the World next year and in the State WADBL too,” he said.

Miller was excited over his accomplishments for the year and the recent match.

“This year there were more people from different countries and a lot more youth. There were also a lot more contenders, women and men, over 60 years old, but the overall numbers of contenders were down. We think it had to do with the difficulty and expense of getting to and staying in Reno. We will go back to Las Vegas, at Bally’s next year,” he said.

Miller, Marshall, Graves and nine others from Pahrump competed in the Nevada state WADBL in March of this year and all set state records in various age and weight categories: women, kids under 12-years-old, and seniors over 70-years-old.

Miller, the organizer of that event and the next one in March of 2014 at the Nugget in Pahrump, believes that it will likely draw again a large turnout from around the state and here in Pahrump.

According to sources managing the WADBL event this year, people contending were lifting/benching and then leaving right afterward because of the expense of being in Reno.

Miller said, “We’ll all do exceptionally well back in Las Vegas where there is entertainment, it’s still comfortable temperature-wise, and facilities are readily available for good prices.