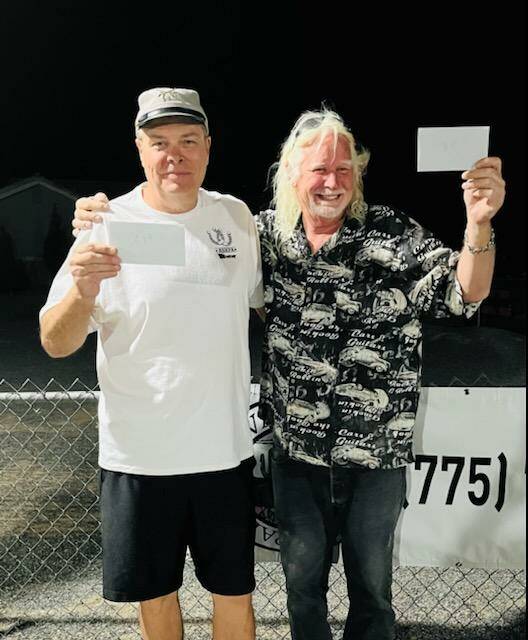 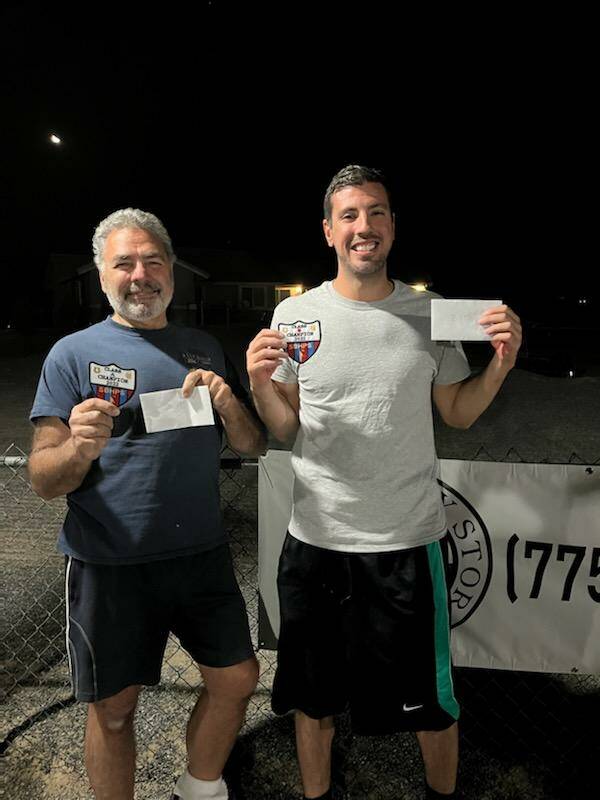 Special to Pahrump Valley Times Jim Magda (left) and Sonny Zuloaga (right) took home the top spot at the Shoes & Brews tournament on Saturday, Sept. 17. The pair finished with an undefeated 4-0 record in the tournament. 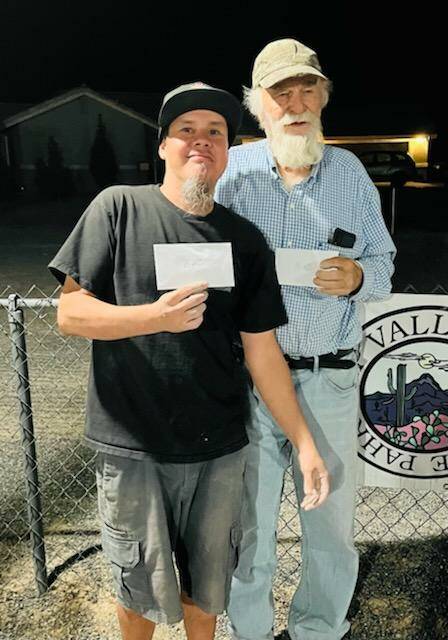 They finished the tournament with an undefeated 4-0 record.

For their win, each pitcher was awarded 10 points toward their season standings, a tournament champion patch and they received a cash prize.

Workman and Preciado went 3-2 in the tournament. Both of their losses came against the winning team of Magda and Zuloaga.

For their second-place finish, Workman and Preciado each received a cash prize and five points added to their season totals.

In the third and final prize winning spot was the team of Lathan Dilger and Steve Witherell, both from Pahrump.

The pair finished the tournament with an overall record of 3-2.

Their first loss of the tournament that sent them to the losers’ bracket came against the eventual champions Magda and Zuloaga.

The second and final loss of the tournament came in the championship game of the losers’ bracket to Workman and Preciado. Had Dilger and Witherell come away with a win, they would’ve moved on to play for the championship.

They each received a cash prize and three points to go toward their season standings.

Following Saturday’s tournament, there was a slight change in the standings for the A division.

With his third-place finish, and being awarded three points, Dilger moved into first place of the A division with 33 points. He leads Dennis Anderson, who now sits in second place with 30 points.

In third place of the A division standings is Lawrence Workman, who now has 23 points following his second-place finish on Saturday.

The standings didn’t change for the B division following Saturday’s event.

Heath Russell maintained his lead with 23 total points. He’s followed by Mike Dedeic, who has 20 points, and Chuck Smith, who has 18 points in the B division.

Lathan Dilger would like to thank DJ and Julie Zuloaga for their hospitality and for the food and drinks that were provided for the tournament.

The Shoes & Brews series will take another small break before returning to the courts on Saturday, Oct 16. The next tournament will take place at Crowbar Cafe & Saloon in Shoshone, California. The event will begin at 11 a.m.