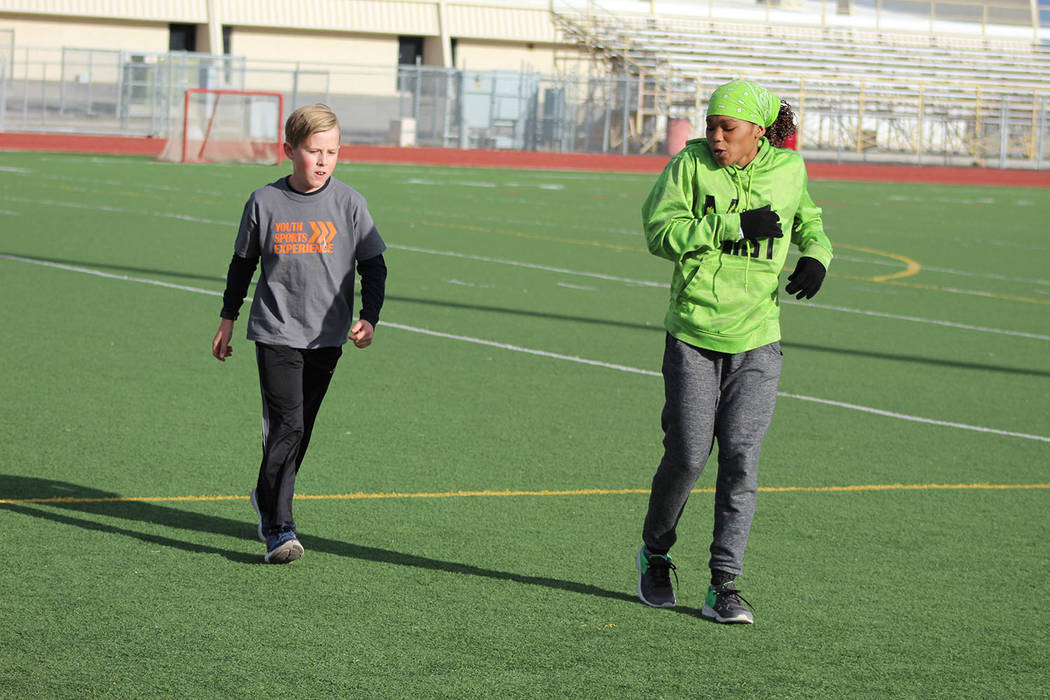 Tom Rysinski/Pahrump Valley Times Dominique Maloy leads Dane Clayton, 11, in drills during a session of her "A Youth Sports Experience" on March 17 on the football field at Pahrump Valley High School. 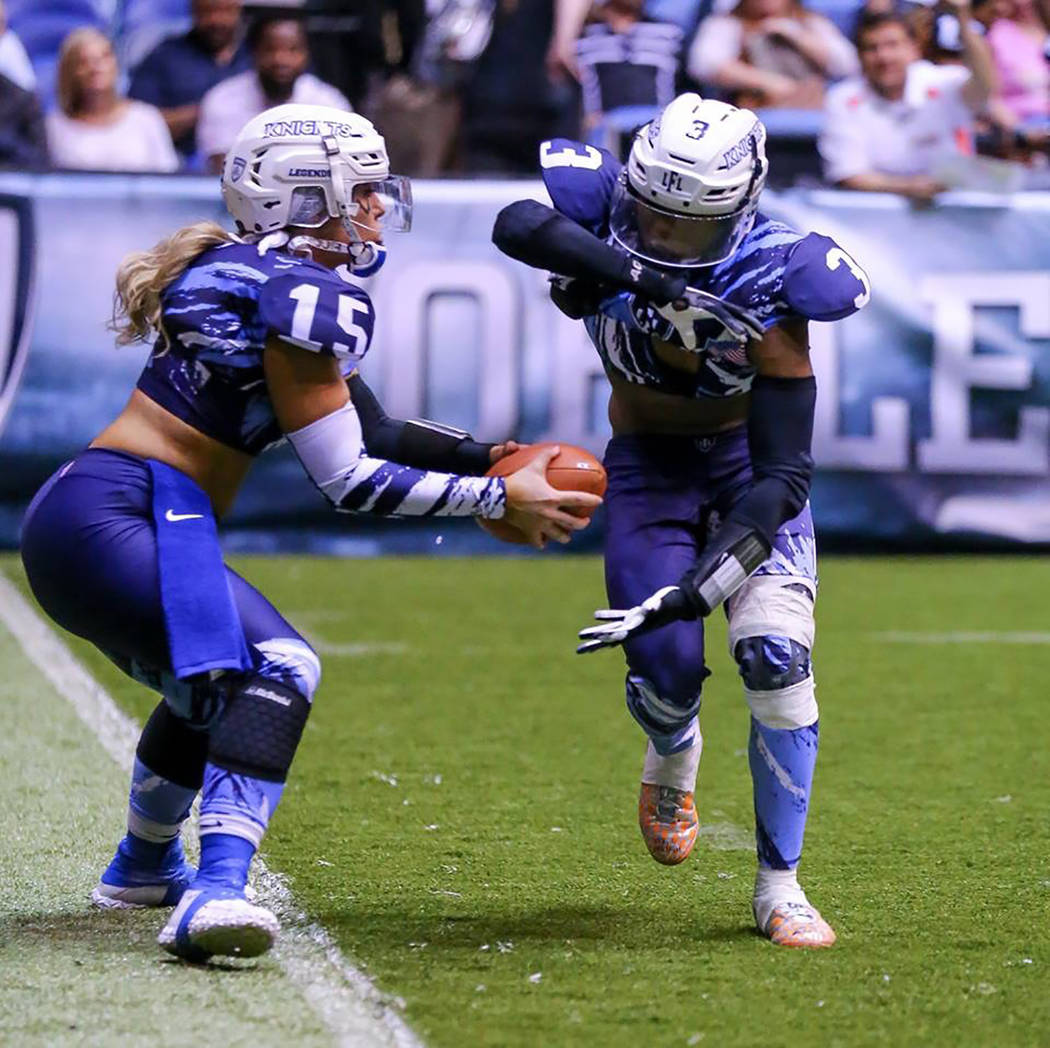 Beard Force Films/Special to the Pahrump Valley Times Dominique Maloy, right, gets a handoff from KK Matheny during a Nashville Knights game. Maloy is averaging 9.2 yards per carry with a touchdown after two games for the Knights, who are 2-0 in the Legends Football League.

Fifteen-time state track and field champion Dominique Maloy returns to Pahrump this weekend for the first of three sessions of her “A Youth Sports Experience.”

Maloy, who is playing this season for the Nashville Knights of the Legends Football League, planned sessions for June 8-11 and June 15-18 and added a third that will run June 1-4.

“I originally had football practice in Nashville this weekend, but it was changed,” Maloy said.

It was at Pahrump Valley that Maloy dominated in track and field. She won the Class 3A state championship in the 100, 200 and 400 meters four times each and won the state title in the long jump three times. Maloy still holds the state championship meet record in the 400, blazing to a time of 55.19 seconds in 2006. For comparison, this year’s champion, Lowry senior Shelby Garrison, ran exactly 5.5 seconds slower.

Maloy is averaging 9.2 yards per carry and has scored a touchdown during the Knights’ first two games this season, both victories. Their next game is June 23 against the Denver Dream at Nashville Municipal Auditorium.