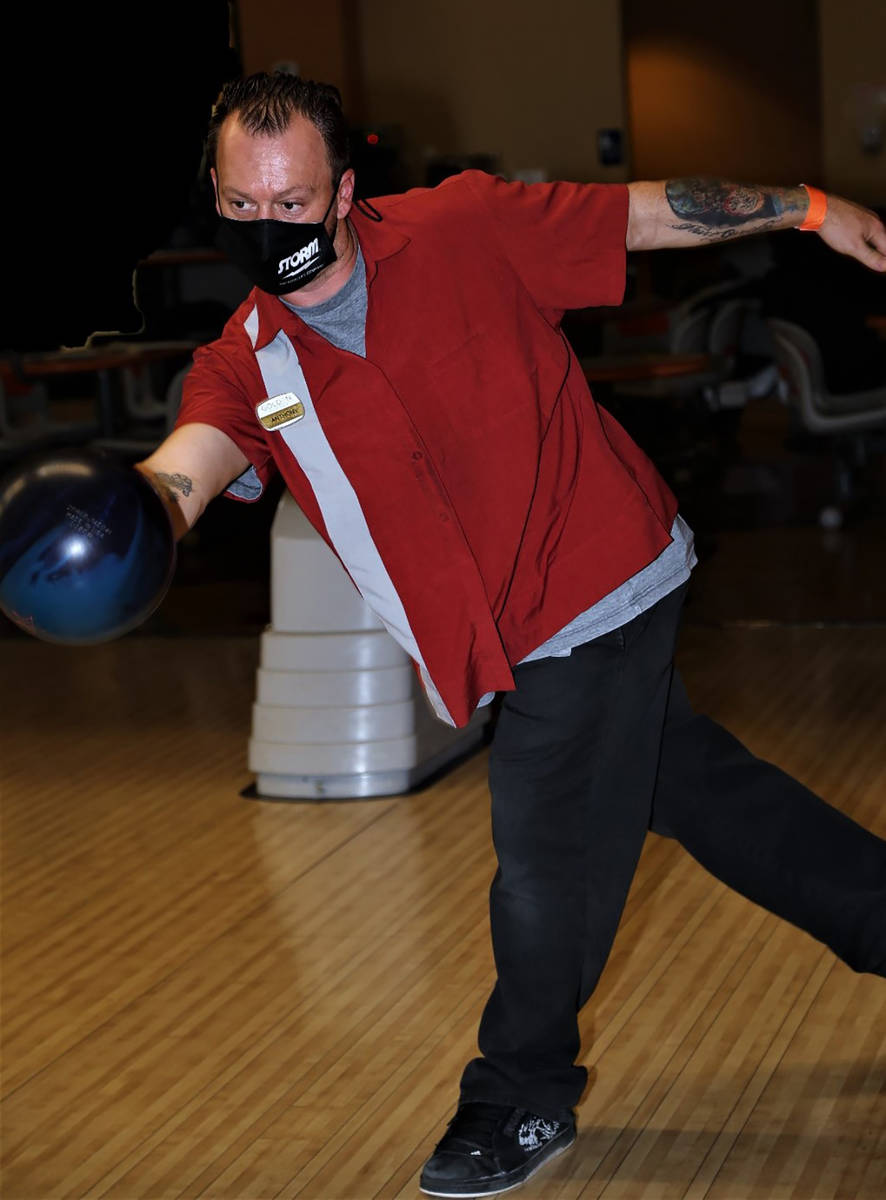 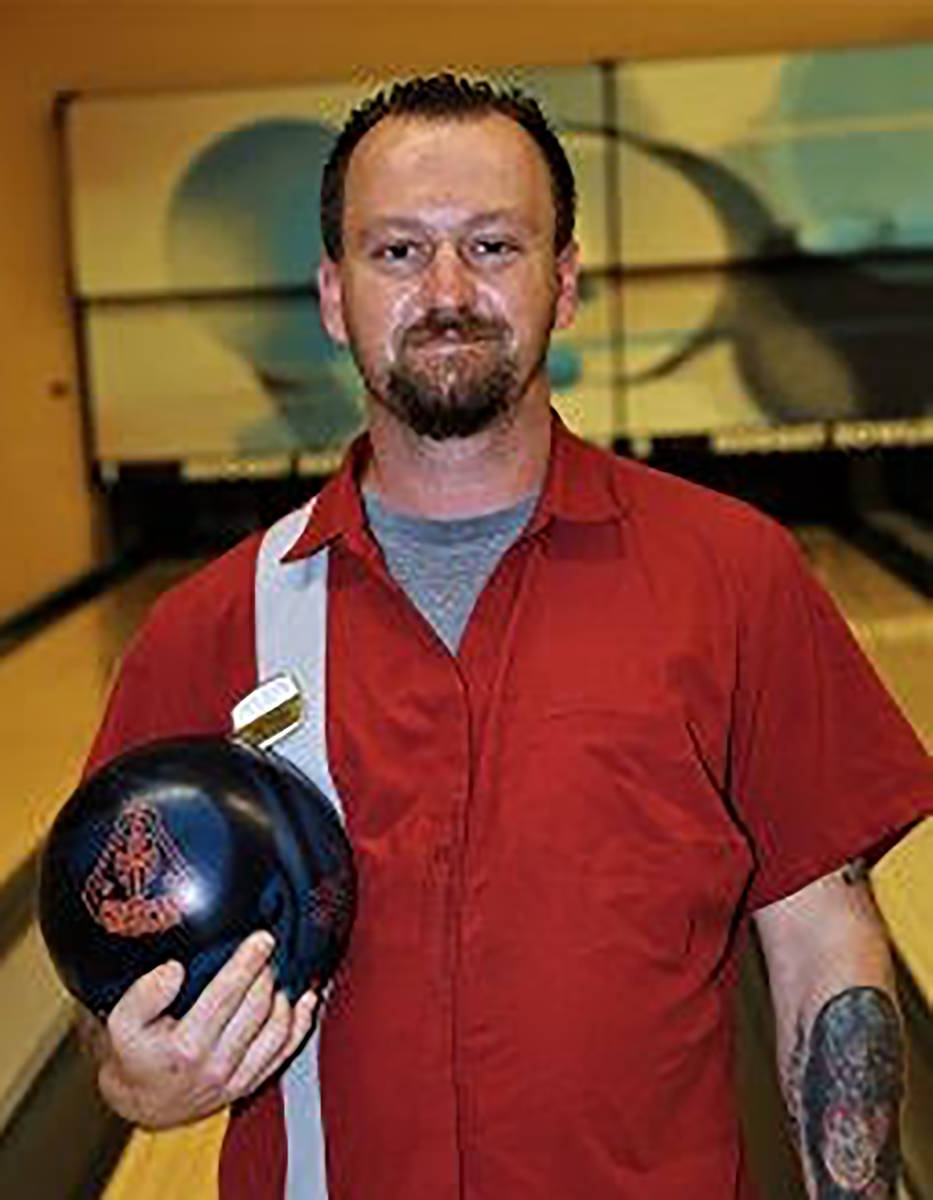 Randy Gulley/Special to the Pahrump Valley Times Anthony Matassa with the Roto Grip Rubicon ball he used to roll an 800 series -- his eighth at the Pahrump Nugget Bowling Center -- on games of 275, 256 and 269 on Feb. 18.

Matassa, the house record-holder with an 848 series to his credit, rolled his first 299 game on Feb. 11 using an IQ Tour Nano Pearl, a ball that was just released last August. A week later, using a Roto Grip Rubicon, he rolled his eighth 800 series at the Nugget, hitting that number exactly on games of 275, 256 and 269.

Only Nocky Roach, with 25, rolled more 800 series at the Pahrump Nugget than Matassa, who has rolled 10 300 games in three years there. Two of his perfect games came on consecutive days in March of last year, and in August he rolled 23 consecutive strikes to post games of 290 and 300 during an 831 series.

Only Roach (29), Richard Alderman (17) and Jim Reynolds (14) have rolled more perfect games at the Nugget, according to pahrumpbowlers.com. Matassa has a knack for perfect games with interesting timing, bowling his first on his mother’s birthday when he was 16 years old, bowling the first of his back-to-back 300s while competing in a league match against his father’s team and getting one the next day after spending the day with his kids at his nephew’s third birthday party.

He used a Track 919C, a retired model, to roll both of those perfect games.

Matassa carries an average just above 230 while bowling in two leagues at the Nugget, where he also works the counter.