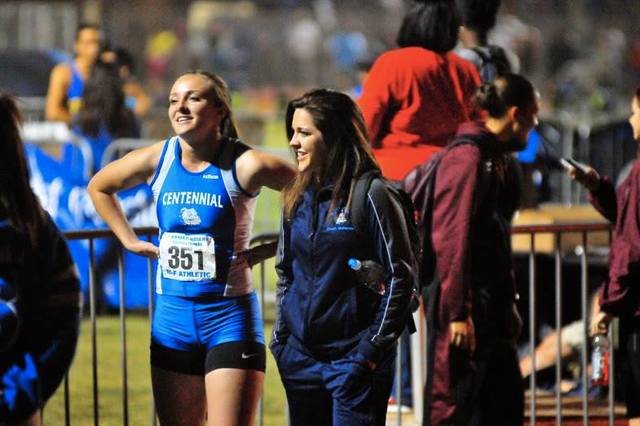 McKenzie Dean served as an assistant coach for Centennial High School in Las Vegas in 2013 and 2014, and won eight state championships during her career. Special to the Pahrump Valley Times 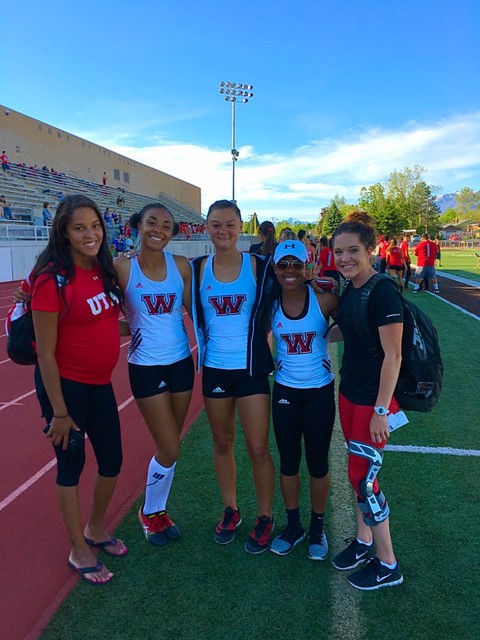 West High School in Salt Lake City for 2016 Track Season, serving as head coach. Her assistant is in the red, Alyssa Johnson, was a college teammate with Dean at the University of Utah. Special to the Pahrump Valley Times 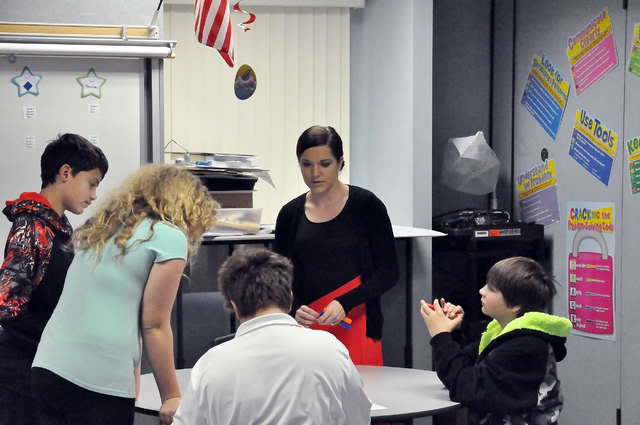 Eight-time state champion McKenzie Dean has returned to Pahrump to teach at Rosemary Clarke Middle School and will be the head Trojans track coach this spring.

“I am really looking forward to the opportunity, ahead of giving back to my community,” she said.

Dean ran cross-country and track at Pahrump Valley from 2005-2009 under the coaching and motivation of Craig Rieger, Jason Odegard and Jill Harris. In that time she accumulated eight state championships throughout her career, helping the 2007 track team to win a state title.

“I was also part of the 2007 Nevada State Championship Team that PVHS claimed, with only nine girls, to surpass Spring Creek by over 39 points,” Dean said. “I have great memories with that team, including one of my close friends, Dominique Maloy, her senior year.”

Dean signed a national letter of intent with the University of Utah in 2009 for a four-year scholarship for their women’s cross-country and track program.

“I graduated with a degree in broadcast journalism, where I was fortunate to work with ESPN covering college football and the NBA for six seasons,” Dean said.

Dean is giving back to her community at the middle school where she teaches sixth-grade math, but she still wants to do some coaching with the track team.

“In regard to coaching, I have been blessed to work with numerous amazing athletes, several that are now running on a Division 1 level for Michigan, LSU, Arizona and ASU,” she said. “I coached cross-country and track for Centennial High School of Las Vegas, in 2013 and 2014 where we, through hard work, as a team and coaching staff, were able to become multi-Nevada state champions six times and fifth overall in the nation in 2013. As hard as it was for me to leave Centennial, I moved back to Salt Lake City, taking a position to become the head coach of West High School, downtown and taught journalism while working for the Utah Jazz.”

While in Utah, Dean worked at West High School, which had a population of 2900 students.

“Myself and my coaching staff, comprised of former college athletes and my right-hand girl/former teammate, took a team of 20 to 150,” Dean said. “We were the top three in what could be considered the toughest region in 5A Utah track and placed in the top 10 (9th) out of 35 teams. It definitely was taking a program from the ground up and rebuilding. The student-athletes trusted and believed in the process, along with their fellow teammates and coaching staff. Leaving this program was probably the toughest yet. We grew very close as a track family, creating hope in situations for several kids who had very rough home lives.”

Dean said in Utah, she also spent two years coaching a USA track and field team that trained at her alma mater, comprised of elite prep athletes/incoming college freshman. There she coached the USATF Junior Olympic Championships at Sacramento State in California before moving back to Pahrump.

Dean attributes coaching for motivating her to get her teaching license.

“There are so many young students and athletes out there, especially in our hometown that I seek to help and inspire on and off the track,” she said. “People from this community can achieve so much with their lives, regardless of their situation. I saw it every day at West High School.”

As a native of Pahrump, her goal in coming back here is to share that message.

“Having this opportunity to take over my high school program is truly an honor, especially when it is for one of my biggest passions. I have been fortunate to work with quality coaching staffs and athletes of all levels. The bonds that you create in coaching with your teams are indescribable.”

Dean said she looks forward to forming that same bond here while helping build the program. “My personal coaching creed is to not only help those I work with reach their highest potential as athletes but to help them become even better people in all aspects of life. The biggest reason I accepted this position was to show the youth of Pahrump that you can accomplish amazing things through hard work, no matter where you are from or what your situation is.”