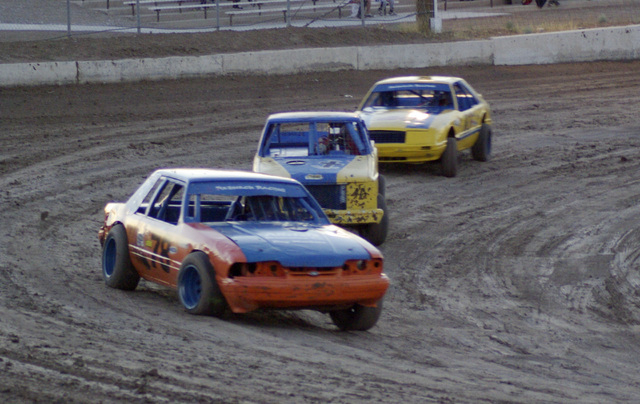 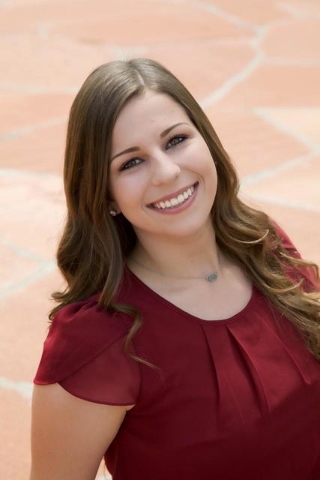 John Burch won the memorial race Saturday named after his son, but race organizers were disappointed by the low field count.

Only four drivers registered for the Jonathan Burch Memorial Race at the Pahrump Valley Speedway.

“There were a lot of fans and the car count in other races was good,” track promoter Chad Broadhead said.

One wreck during the race sent Anthony Martin to Desert View Hospital with minor injuries, but he was released soon thereafter. According to speedway flagman Dale Geissler, who saw Martin in the hospital after the race, the young high school racer should be fine.

The race was named for racer Jonathan Burch, who died in 2010 in a car accident in northern Nevada.

The fourth annual Sam Stringer Memorial is set to go as a Modified race on July 18 at 7 p.m. It is traditionally one of the biggest races of the season for the speedway.

The race is a tribute to Sam Stringer who lost his battle with cancer in May of 2012 at the age of 56. That year the first memorial race was held and a scholarship fund was opened in his name. For local race fans, the sheer number of cars on the track should make it the most exciting race to watch.

Sheree spends hours of her time raising money each year for the annual race to keep her husband’s name alive. Her daughters help with the fundraising and her sons talk to the racers to generate hype and excitement for the race. All the money goes to a scholarship fund, which is given out annually to college-bound students looking to get into auto technology.

This year the Modified racers have not been at the track. Lately the Modifieds have been running at about five per race.

As of May, Jason Pike will not be racing the Sam Stringer Memorial Race, but that could change. He says many drivers he knows will also stay away from the race because it’s not International Motor Contest Association sanctioned.

Broadhead said the sanction won’t be a factor in the race.

“It doesn’t matter if we have the sanction or not,” he said. “The sanction isn’t affecting the car count at the track. We have kept track of the car counts and they haven’t gone down.”

Racer Eric Shenberger believes locals will be out in force to support the Stringer family.

“Everyone loved Sam Stringer and knew he was a great person,” he said. “I really think many of the guys will come out to show their support for Sheree.”

Shenberger couldn’t really say anything about racers like Kyle Heckman, who won the race last year.

“Racers like Heckman race for IMCA points,” Shenberger said. “They know that if they win anything over a $1,000 purse it will put you on a ballot for the nationals in Boone, Iowa.”

Broadhead still insists that drivers are still not traveling.

“At the moment people don’t have the money to race and even at Santa Maria (big track in central California) they are having problems,” Broadhead said. “The local drivers though should be out there.”

Sheree Stringer is staying out of the race politics and just wants racers to race because they loved Sam.

One racer who is traveling to Pahrump for the race is Levi Keifer, who used to live locally in Pahrump and race the speedway more often. He won the first two Stringer races and according to Broadhead, will be coming to win a third. A race between Heckman and Kiefer would be interesting. A race with Pike, Keifer and Heckman would be even better.

As far as Heckman not coming, the buzz on Facebook is that Kiefer and Heckman are teammates and Heckman is coming. In fact, in a conversation with Sheree Stringer, she said Heckman will be back to defend his win.

Sheree Stringer said she is expecting at least 20 cars for the race.

Geissler said the upcoming Fourth of July race at the speedway should tell the fans which local Modifieds will be out on the track for the Stringer race.

“The local Modifieds will be out there testing their cars before the big race,” he said.