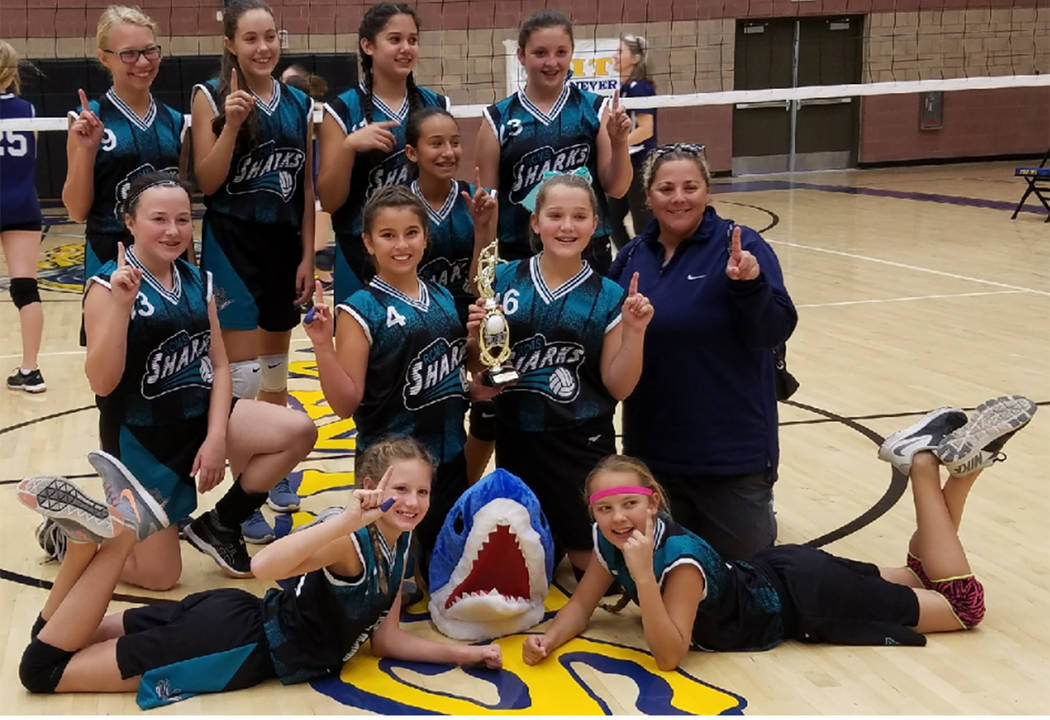 The Rosemary Clarke Middle School volleyball B team went to a tournament over the weekend in Moapa Valley and took first place.

“I work with a great group of girls and they really work together as team and it shows,” the coach said. “They were undefeated until the final game. They had to play the Meadows team twice and they beat them the last game and took first place.”

The coach said there were seven other teams present.

Lopez thanked all the parents, Tim Wombaker, the principal of the middle school, and Lori Odegard, the athletic director, for all the support given.