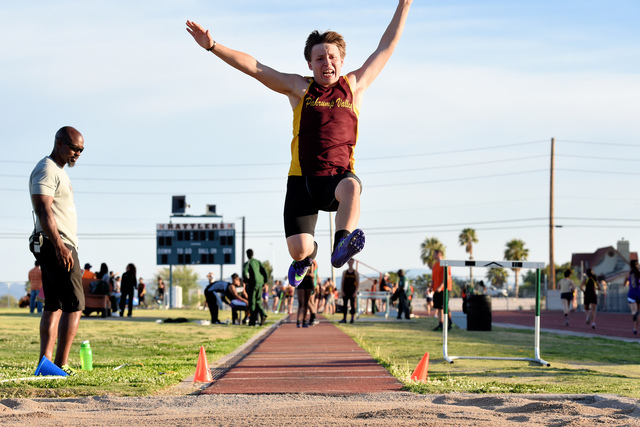 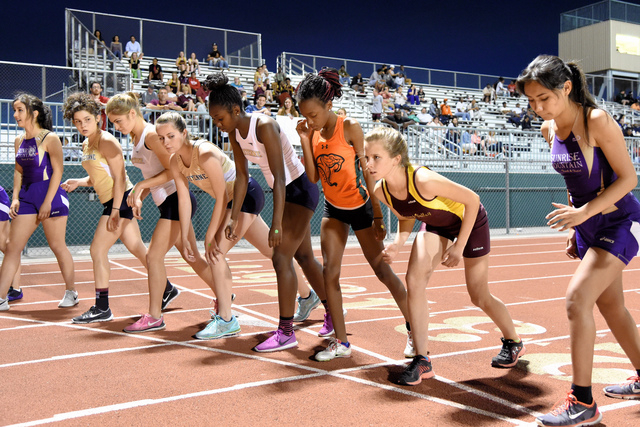 The Trojans boys track team was able to capture four first places and five second places at the Mojave weekday Division I-A track meet in Las Vegas, but Mojave’s size and depth was just too much, allowing the Rattlers to win the meet.

Trojans coach Wes Icard said Mojave was “stacked” in many of the events.

The Mojave boys finished in first place (106 points), Pahrump Valley was second (63), Sunrise Mountain was third (58) and Cheyenne was fourth (31).

The first place finishers for Pahrump in individual events were Dylan Montgomery in the 200-meter run (22.8 seconds), Jeremy Albertson took first in the discus (145 feet, 9 inches), Devlin Dillon took first (5-8) in the high jump and Nico Cipollini took first in the pole vault (11-0).

The boys also took second in the following five events:

In the 100, it was the first time that the Trojans boys broke the 12-second barrier. Montgomery ran the 100 in 11.4 seconds and finished in sixth place. Montgomery was in four events, but not in his usual 110 hurdles and 300 hurdles.

“He is resting a nagging muscle injury,” Icard said. “He will be back at the hurdles soon. He just needs to rest it. He probably won’t be doing the 100. More likely you will see him in the 400 again. Unfortunately, he can only run in four events. Montgomery has done some long-distance running for the Trojans, middle distance and he has even done discus, and some jump events along with the sprinting.”

“I prefer to do four events,” Montgomery said. “It gets boring if I am not active and am just sitting around waiting.”

For the girls, Mojave tied for first with Sunrise Mountain (77), Pahrump Valley finished in second place (56) and Cheyenne finished in fourth (46).

The girls had three individual first places. Meghan McDermott picked up two two of them in the 100 hurdles (16.2) and the triple jump (33-03). Julia Salvall took first place in the pole vault (7-0) and this was her first attempt at this event.

In the next meet the girls’ long-distance runners will see the return of Sydney Dennis and Vaniah Vito. Both runners have been out with injuries.

The girls received first places in two relays, the 100 and the 200 but they were the only team running.

The next meet for both boys and girls will be at Clark High School in Las Vegas on April 13 at 3:30 p.m.