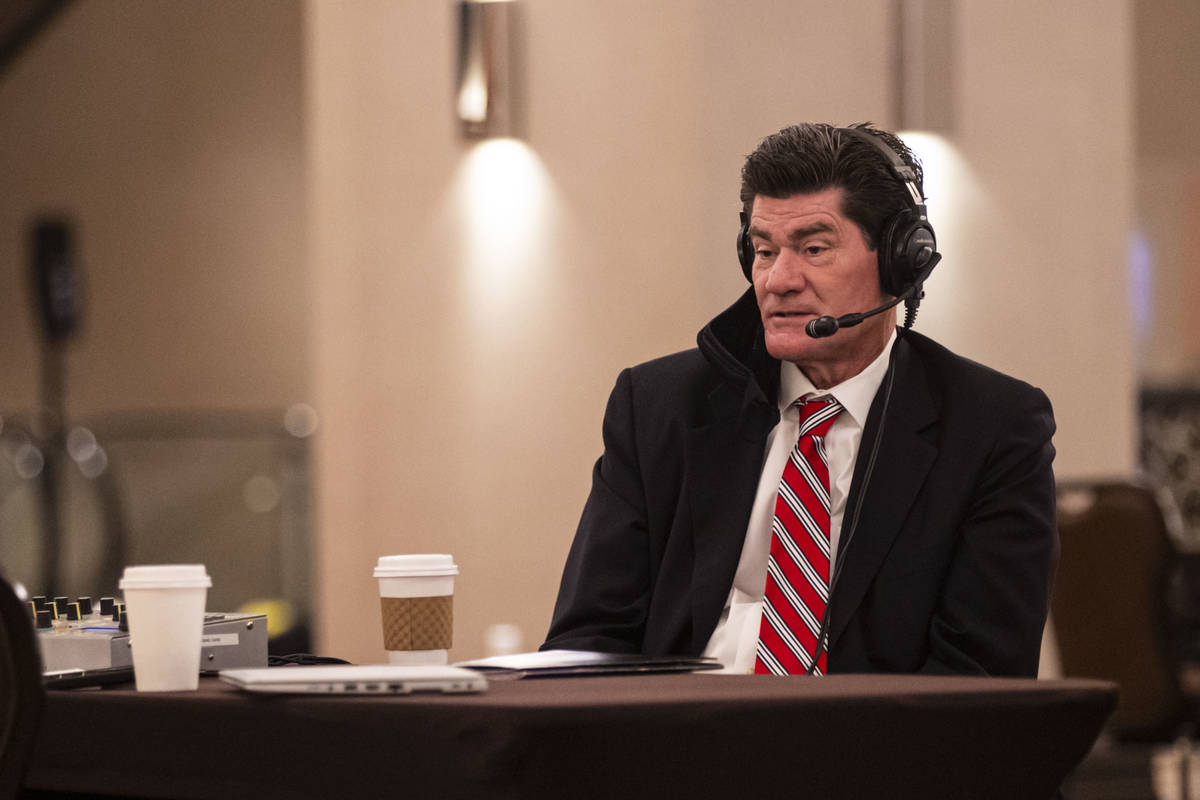 Mountain West commissioner Craig Thompson said Wednesday that the league will not postpone or reschedule football games if teams encounter roster issues because of COVID-19.

If a team can’t field the number of players necessary to safely contest a game, that team will be forced to forfeit, Thompson said.

“Last year, there was not a vaccine. There was not a choice to be made. This year, there is,” Thompson said, noting that there are no minimum roster thresholds this season. “We will not mandate vaccination as a league. … You have a choice. But if you choose not to be vaccinated, there may be a consequence.”

Such a ruling puts the onus on individual football programs to maintain proper health and safety protocols while simultaneously encouraging COVID-19 vaccinations. UNLV coach Marcus Arroyo said Wednesday that roughly 85 percent of players and coaches within the Rebels program have been vaccinated thus far.

He’s hopeful that figure is closer to 90 percent by the time training camp begins.

Arroyo credited UNLV athletic director Desiree Reed-Francois for ensuring that players have access to the most reliable and accurate information about the benefits of vaccines.

Arroyo declined to comment on the Mountain West’s policy, explaining that “our team and our culture will be supportive” of whatever policies the league, university or city mandates.

Thompson said that roughly 73 percent of the football players in the Mountain West have been vaccinated based on surveys of the league’s athletic departments.

Of that total, at least 88 percent of the players in seven of the 12 programs have been vaccinated, he said.

Right now, Thompson said, vaccinated players won’t need to wear masks or participate in social distancing. But if players are not vaccinated, then “you will be tested, you will be contact traced.”

The conference will not pay for testing.

“The chances of getting through this season without having gaps and missing games … the chances of that happening without getting the vaccine are very, very small,” Utah State coach Blake Anderson said.