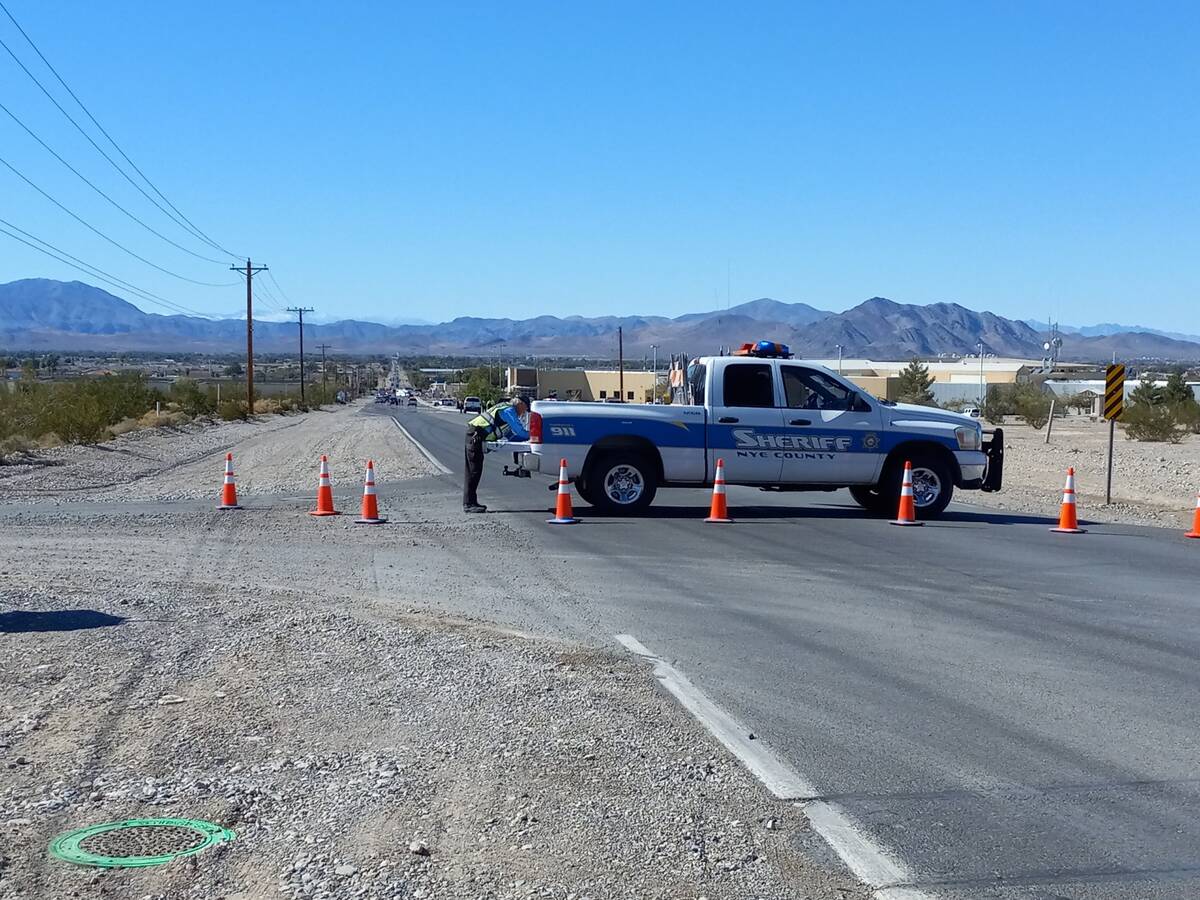 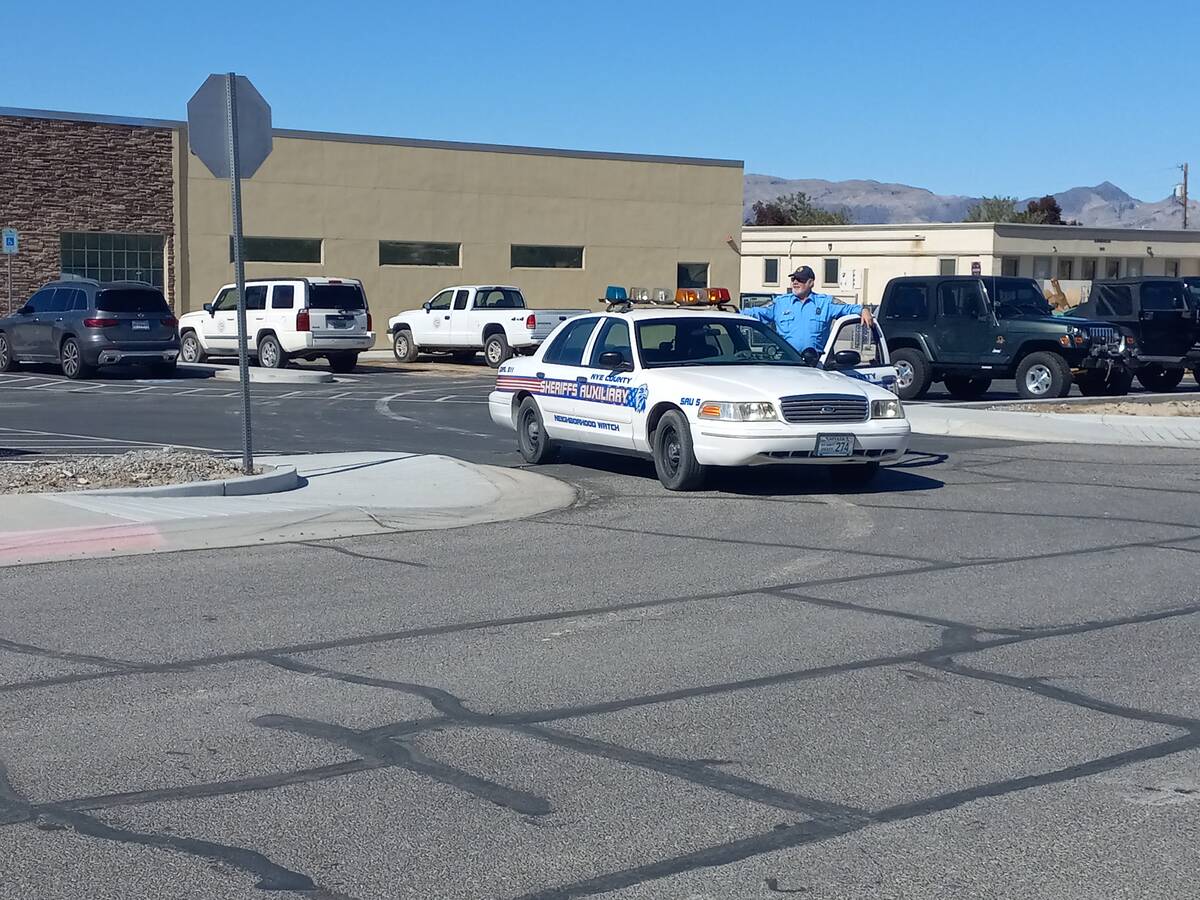 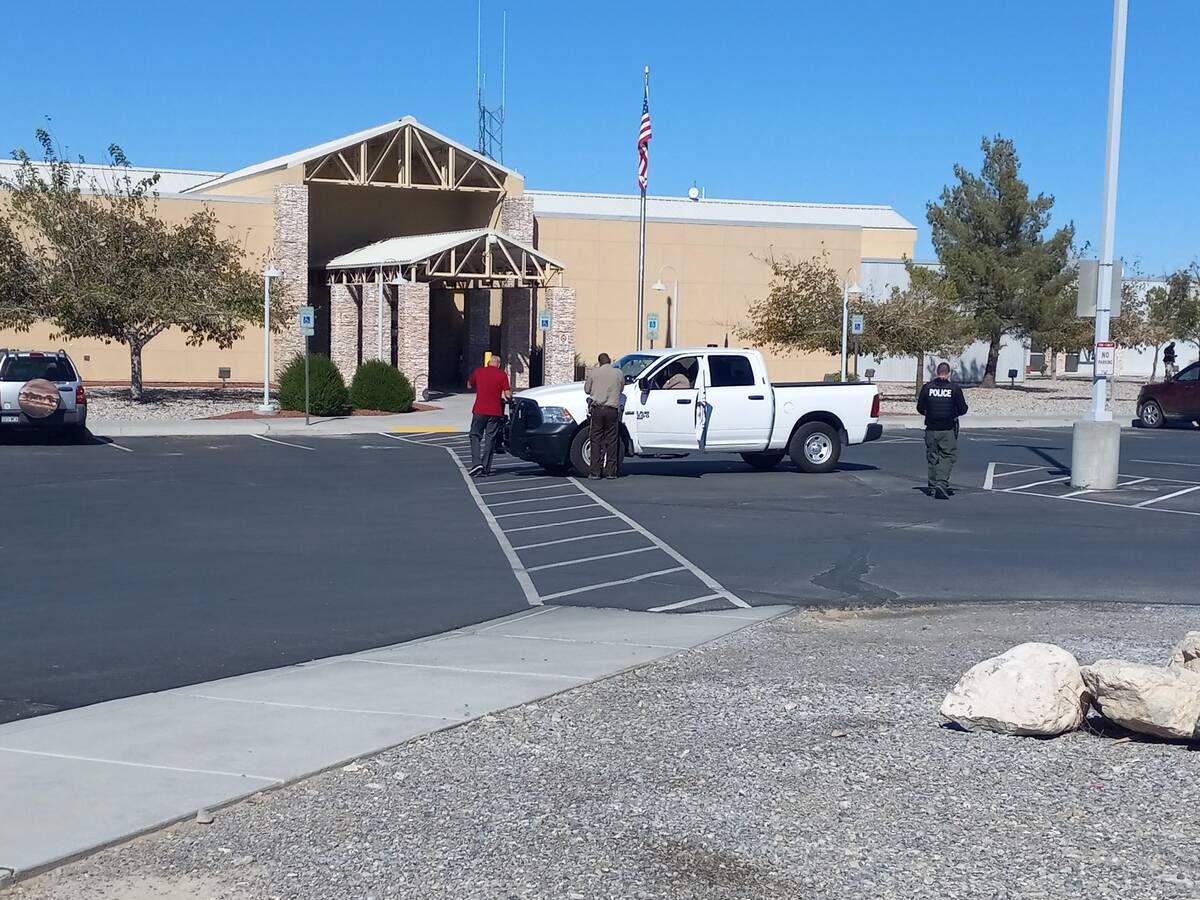 UPDATE: Basin Avenue has been reopened in the Pahrump courthouse area. The Pahrump Valley Times is seeking details on a suspicious package delivered to the Nye County District Attorney’s Office on Tuesday. Authorities closed the area midday to investigate the package. No information has been announced on the outcome of that investigation as of yet. Check back for updates.

Out of an abundance of caution, area law enforcement agencies have completely shut down access to East Basin Avenue between Kittyhawk Drive and Oyster Street as they continue to investigate a suspicious package delivered to the Nye County District Attorney’s Office at the Ian Deutch Government Complex at 1520 E. Basin Avenue.

After a bomb-sniffing K-9 unit did not detect explosives at the complex, a bomb squad team was activated from Las Vegas and arrived on scene at approximately 1:28 p.m.

Frustrated motorists trying to get to the DMV and other businesses on East Basin, were turned around by NCSO deputies and auxiliary units.

As of 1:45 p.m., the scene remained active with numerous law enforcement personnel stationed at the complex.

Additional information on the situation will be forthcoming, according to the sheriff’s office.