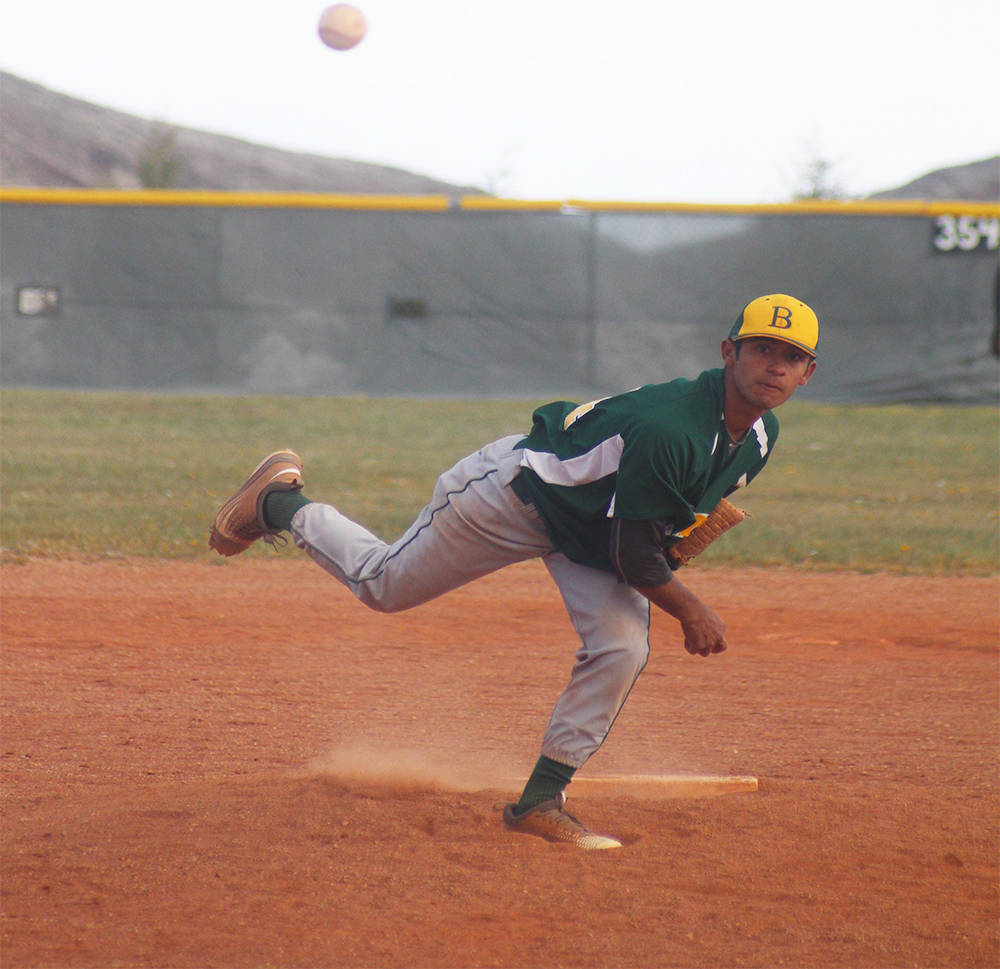 Penny Otteson/Special to the Pahrump Valley Times Jose Gonzalez on the mound for the Hornets on April 28 in Tonopah against the Muckers. Hornets coach Mark Henderson said their ace, Gonzalez did well but Beatty fielding errors made Gonzalez pitch more and he had to leave the game after three innings.

The Tonopah Muckers baseball team swept Beatty in a doubleheader on Friday 21-8 and 15-5 in league action.

“It felt great to win both games,” Muckers coach Bill Stark said. “It put us 4-0 in league. Our kids started off a little flat in the first two innings, but then started playing great ball in all facets of the game.”

Beatty coach Mark Henderson said the Hornets had problems with pitching and fielding. He said the team was hitting but couldn’t stop the Muckers offense because of poor defense.

“In the first game, Hugo Mendoza and Jacob Henry both hit two home runs,” Henderson said. “But fielding errors were bad. We made six errors and then pitcher Jose Gonzalez pitched well in the second game, but with the errors it ran up his pitch count and we had to pull him out after 3.1 innings.”

In the first game, the Muckers scored 17 runs in three innings and in the second game, Tonopah scored 12 runs in two innings. Both games were called in the fifth inning due to the 10-run mercy rule.

The last regular season game is today as the Hornets travel to Round Mountain (5-13, 2-2) in a doubleheader with action starting at 1 p.m.