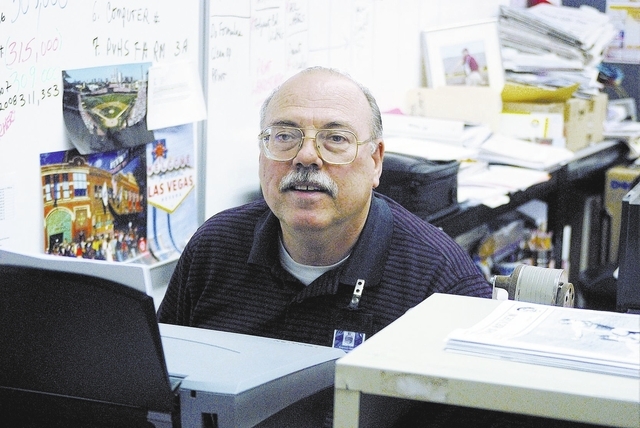 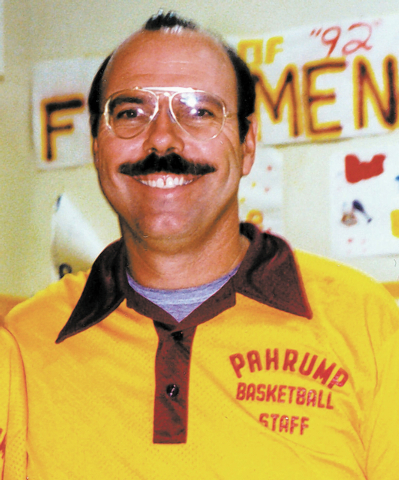 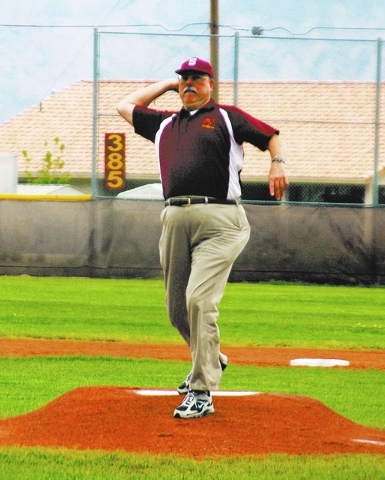 The Pahrump Valley Museum will be celebrating its 10-year anniversary of the museum building. It will also be opening up a new historic building out in the yard, the old Pahrump General Store.

The teacher taught at the high school for 35 years and was there when they first opened the high school and in that time has packed away a lot of memories and pictures. He decided recently to give up much of his collection and donate it to the Pahrump Museum. The museum opened a special PVHS section on the account of Poteete’s donation.

Poteete played college baseball for the Stanford Indians and made the varsity squad as a pitcher from 1967-1969. His pitching record for college ball was 20-5.

“I had a very good fastball and curve and I made it without an off-speed pitch,” he said.

After college, he was good enough to make the minor leagues and was accepted to play in the Los Angeles Dodger farm system. He played for three minor league teams in the span of two years, Bakersfield, Calif.; Medford, Or. and Ogden, Utah.

As a minor league player, he traveled the country in a bus and said it was a very brutal experience.

“I had a tough time doing it at all. We would play a game and then drive all night for the next game and get to the next town where we were going to play at late. A lot of times we would get there at 9 a.m. or 10 a.m. and could not get into our rooms until 12 and then we would have to be at the ball park at 6 p.m. Even in the major leagues they are doing the same kind of stuff. It was bad motels and two players per room,” he said.

Part of the minor league experience is trying to get noticed by the majors. He said it was nearly impossible at that time.

The times were different, but the process for getting into the major leagues has not changed much. He said most college players still have to make it through the farm systems because major league teams want to see if you have what it takes.

Poteete will be at the museum from 10 am. to 4 p.m. He is a good speaker and has many hilarious stories from his experience as a teacher at the high school. He will be giving out free baseball cards to the first 75 kids. He said many of the cards are extra cards he had, but there are quite a few Cy Young award winners and popular cards he will be getting rid of.

The former baseball player has a massive baseball card collection of around 500,000 cards and to this day he still collects.