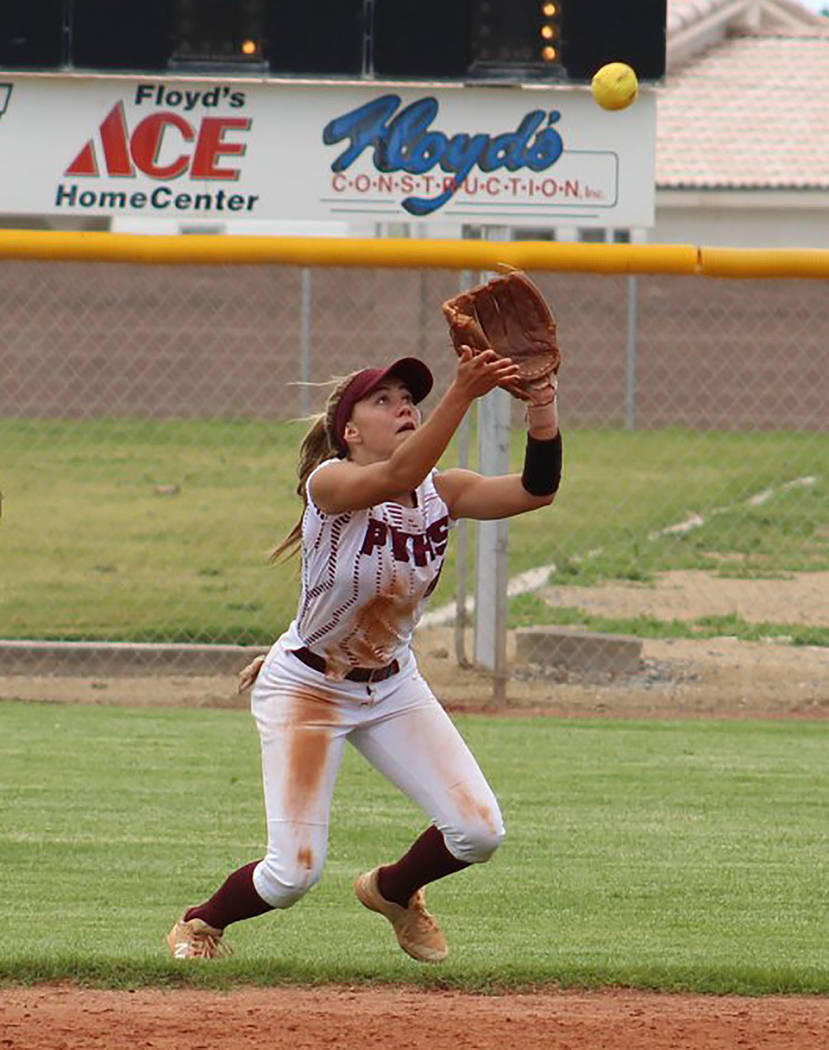 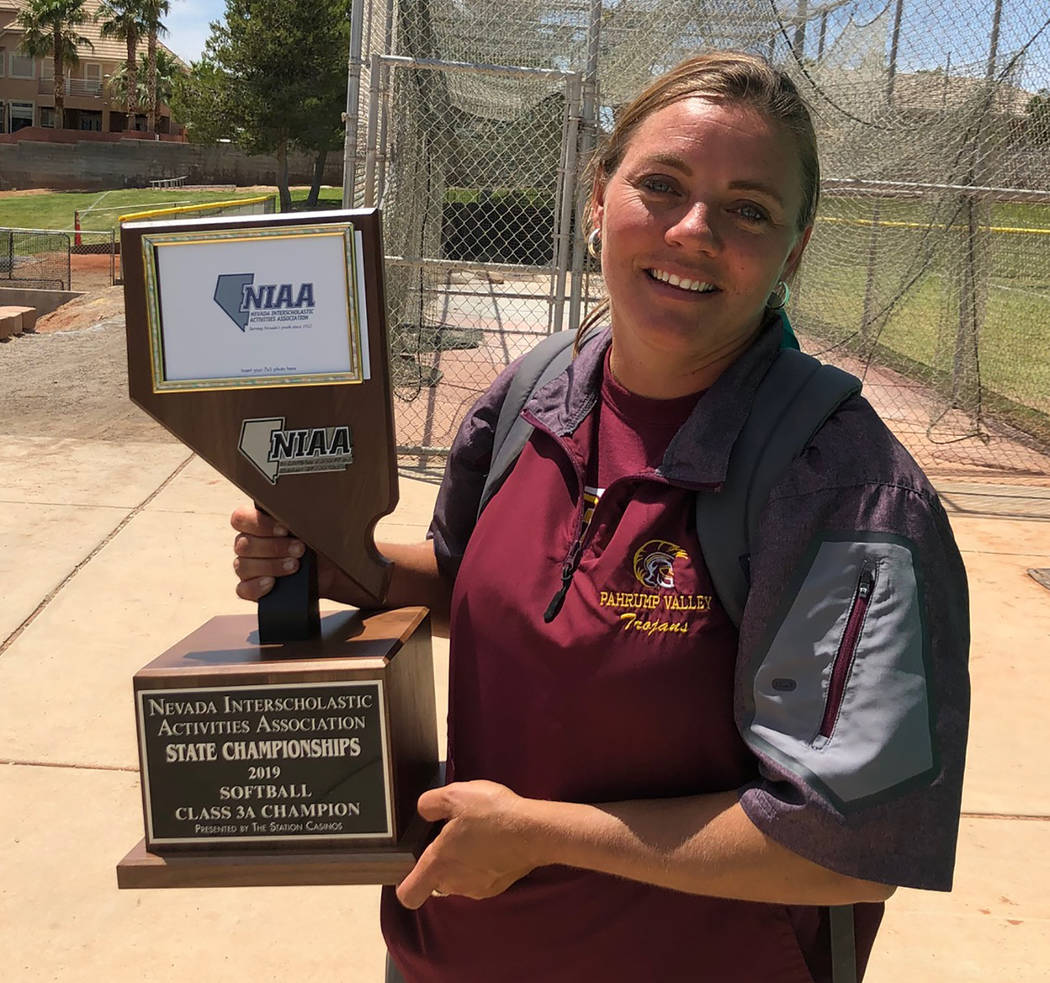 Typically, Cassondra Lauver deflected the honor from Nevada Preps, which covers all schools in the state in all classifications.

“I like to call it the Coaching Staff of the Year award,” she said, noting that the honor gave her another chance to credit the entire Pahrump Valley coaching staff.

Together, they guided the Trojans to a 30-11 record and Sunset League, Southern Region and Class 3A state titles. The state crown was Pahrump Valley’s first since 2005, and they did it by going 7-0 during the postseason, 3-0 against Northern Nevada teams in the state tournament in Mesquite after losing their past six games against northern teams in the state tournament going back to 2014.

Skyler Lauver was chosen as a second-team all-state infielder after hitting .578 with 9 doubles, 10 triples, 3 home runs, 49 RBIs and 63 runs. She finished with a .561 on-base percentage and slugged .875. Class 3A coaches recognized Lauver’s season by naming her first-team all-state, Southern Region most valuable player and Sunset League co-MVP.

Lauver was the only softball player from a Class 3A school on Nevada Preps’ first or second team.

Koenig, a senior second baseman who was named first-team all-state in Class 3A, hit .423 with 6 doubles, 4 triples, 11 RBIs and 46 runs, which tied for the team lead. He posted a .526 on-base percentage and leading the Trojans with 17 stolen bases while playing all 36 games. Koenig was also honored as the Sunset League player of the year.

The 1,600 featured a dramatic finish, as Granados edged Sierra Lutheran’s Jared Marchegger (4:29.42) and Teagan Hansen (4:30.72), as all three runners ran in personal-record time. Granados then finished third behind Marchegger and Hansen in the 3,200, running what he calls his weakest race in 10:27.01.

Granados also ran the second leg of the Hornets’ 4 x 800 at the state meet, taking the baton in sixth place and surging to second, which his teammates held. Beatty’s quartet of Granados, Alan Sandoval, Alfonso Sandoval and Marcelo Garcia finished in 9:20.58, trailing only a Sierra Lutheran relay team that included Marchegger and Hansen.