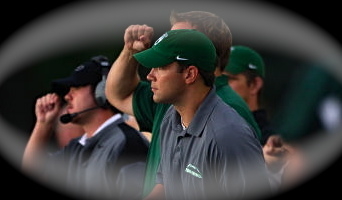 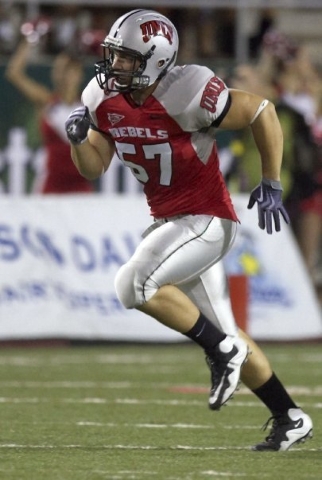 He is a high school teacher and defensive coordinator in Provo, Utah.

Gent is originally from the Bremerton, Washington area where his parents currently reside. He is one of nine siblings and was the youngest of seven sons. Out of the seven brothers that played football, he was the only one to play in college.

The new coach graduated from high school in 2002 in Washington where he played football. After high school he played semi-pro football until he got his associate’s degree.

Football is in his blood. His father also played at UNLV and he had a grandfather that played for Oregon State football.

He did his mission for the Church of Jesus Christ of Latter-day Saints, the Mormon Church, in Las Vegas where he also attended his third junior college. It was during the mission he was introduced to football in Las Vegas. After his mission, he moved back to Las Vegas.

His intention was to coach for two years, but he ended up as a walk-on player for UNLV. He was a second string linebacker for the Rebels and played a lot of special teams. While at UNLV he got his degree in physical education and earned the respect of then coach Mike Sanford.

Lucky for Pahrump, Sanford left the University of Nevada at Las Vegas as in 2009, because if not, Gent could possibly be coaching for Sanford instead of coming to Pahrump.

After college, he started coaching and teaching at the high school level where he learned to call both offensive and defensive plays in Provo, Utah. He has six years’ experience working as a defensive coordinator in a highly competitive football conference.

Gent does not consider moving to Pahrump a hardship and looks forward to moving out to the desert.

“I already have two brothers and a sister out in the Pahrump area,” he said. “So I have spent many summers in Pahrump. Pahrump is the sleeping giant of football and I am really excited to be moving to the area.”

One brother is Nathan Gent, who is working for the District Attorney’s office and the other brother teaches for the Nye County School District.

In Pahrump, he hopes to teach health and physical education at the high school level. His wife will be looking for a job as a history teacher.

Upon taking over football in town, he wants to instill in the young men who play the game that community is important.

He said he had the pleasure of working with troubled teens.

“I like working with young men and seeing them grow,” he said.

In addition to being an admirer of Sanford, he also admires Pete Carroll of the Seattle Seahawks.

“Carroll pressures an offense and that is what I admire about him and like him I am not afraid to air the ball,” Gent said. “I want my offense in Pahrump to be a dual threat offense. I want to be able to run and pass.”

Adam Gent will be bringing a pro-style spread type offense to Pahrump. A big part of that offense he said will be time of possession. He also said his offense will be similar to what Palo Verde in Las Vegas runs.

Another part of Gent is the book “Outliers,” by Malcolm Gladwell. He said that the best and the brightest achieve success by putting in the time.

“In this case, Bill Gates became successful because he put in 10,000 hours and that is what all the highly successful men and women have in common,” Gent said. “I once told a good basketball coach friend that playing football will help his team become better basketball players and he responded to me by saying, ‘No, not true, playing a lot of basketball will help my team get better in basketball.’”

In other words, his team will get better every day they play football.

“I am a firm believer in making things fun for the team, not just drill and kill,” the new coach said. “I want players to be playing seven-on-seven, learning, and playing football and having fun while they do it. I don’t want to be just a drill runner. Competition during practice is important.”

Gent wants to be the coach that shows up at the middle school and Pop Warner games.

“I want families to know I will try to make it to as many games as I can at different levels,” he said. “I want to build something special in Pahrump.”

He said when he was interviewed by the panel at the high school he knew there was something special about this town just by listening to some of the coach’s talk about the town.

“I can tell that there are some amazing people in Pahrump,” he said.

The new coach will attend a parent’s meeting at the high school on May 8 at 6 p.m. and that is where he will explain his football philosophy to the parents.

It’s there he will announce his hopes and dreams of the new program. He also hopes to start fundraising for his new program at that point. He wants to get the entire community involved.

“I want to put together a new player media guide and I want the local businesses to buy ads in the guide,” the coach said.

He hopes this will teach his new team about the importance of community.

“I want the boys to learn that giving back to the community is important,” he said.