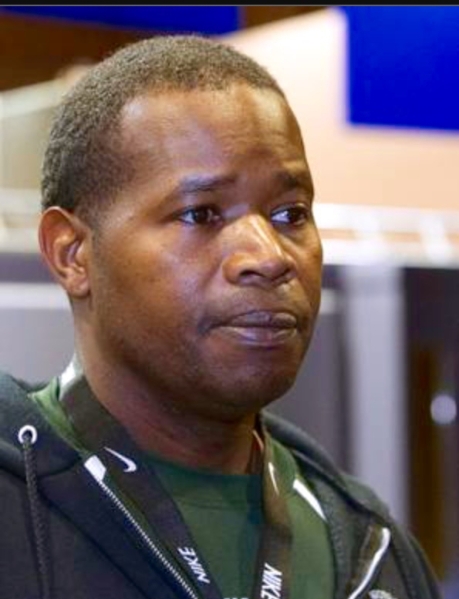 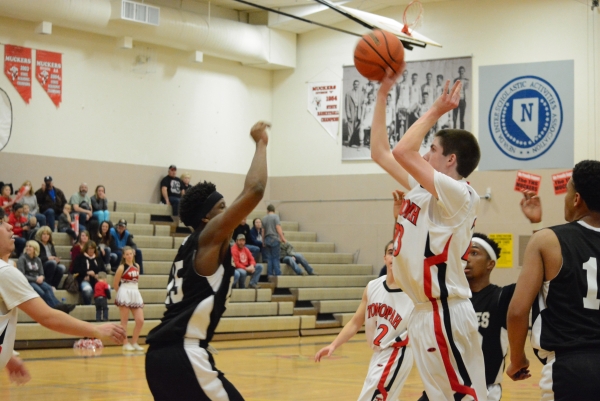 There is a changing of the guard in Division IV Southern boys basketball, which is the league that includes Beatty and Tonopah. Word of Life (11-3 overall, 7-0 Division IV Southern) is now undefeated in league and poised to take the division. Spring Mountain, the 2015 Division IV state champions and Pahranagat Valley, the state champions in 2012 and 2013 both have lost to Word of Life. Spring Mountain lost 65-50 and Pahranagat Valley lost 54-52.

Word of Life is a private Christian school that has been playing basketball for just four years. Last year the program started to win some games at 5-14 overall but by no means was championship material.

What a difference a year makes.

Word of Life boys basketball coach Percy Lockett said the road to success was due to a lot of hard work and dedication by his team and coaching staff.

“The key to success has been choosing a system and sticking to it,” the coach said.

Lockett is the product of Las Vegas schools where he was a graduate of Western High School and then went and played junior college basketball at Feather River College in California in 1994.

Lockett said his mentor was his college coach, Fred Chmiel, who is now coaching at the University of South Carolina as an assistant women’s coach.

“I clashed with him and now I understand what he was trying to tell me,” Lockett said. “At the time I didn’t understand the game and all the Xs and Os. He told me you have to learn the game the right way and I needed to learn the game from the point of view of a point guard. And that is what he instilled in me.”

Lockett said he knew his team would be winners last year.

“I had a player last year who got to play for us and we were winning convincingly but then he was ineligible,” Lockett said. “That was a transfer error for he came to us from Centennial High School. I just knew he would be the guy to do it for us, but I made a mistake and thought he was OK to play and that wasn’t the case.”

Lockett said he wasn’t as familiar with the transfer rules as he should have been.

Word of Life ended up forfeiting nine games for the mistake.

Although Lockett and his team have beaten all the major teams this year in their division, he said he has a lot of respect for those teams still.

“We know we can’t say we will beat them again,” he said. “I tell my team they’ve still got to go out and execute. I think they understand this message. I never stop this mantra because there still is a lot of basketball to go and our goal this year is to win it all.”

Beatty boys basketball coach Steve Sullivan said he has seen the improvement in Word of Life.

“That program has turned around as well as Adelson’s,” the coach said. “So obviously those two private schools have figured something out. I have heard people say that no one complains until they start winning. Well, I don’t mind if they’re winning, I mind how they are winning.”

Sullivan brought up last year’s problem with forfeiting and the fact that he feels that private schools have an advantage.

“The only suspicion I have is based on the fact that last year Word of Life had to forfeit games because they were playing with an ineligible player who was originally from Centennial (a Division I school),” the coach said. “I don’t know if private schools are actively pursuing student-athletes to attend their school in order to play a particular sport.”

He then said Beatty does not pursue athletes nor do the athletes come to Beatty to play.

“But the point is that we don’t have that option and they do and it appears at least one of those programs has taken advantage of that,” Sullivan said.

Sullivan would like the privates schools to play in their own league, but that day is not here yet. Until then his school plays on.

Brad Loveday is the athletic director at Pahranagat Valley High School and he took a less harsh tone than Sullivan.

“I agree with Sullivan, there is an inherent inequity between private and public schools,” Loveday said. “We have boundaries and they can get their students from all over. So the NIAA fixes this problem by doubling their attendance, which means that eventually they will move up to Division III.”

So in his eyes the Nevada Interscholastic Activities Association has fixed the problem.

“We are not trying to push them out,” the director said. “Word of Life does basketball well. Our school loves the competition. We love good competition and I say bring it.”

The one problem Loveday sees as a future problem for his league is the charter schools.

“They have no boundaries too, like a private school,” he said. “Coral and Quest Academy are independent schools now and are two examples of charter schools. I think we will be talking about them.”

Assistant Director of the NIAA Donnie Nelson agrees with Loveday and said the topic is a hot one.

“I think the topic might come up this April,” Nelson said. “And I think the public schools want a multiplier like the private schools have.”

Meanwhile, Word of Life has three league games left, Beaver Dam (6-6, 3-2), Indian Springs (4-12, 0-5) and Beatty (9-8, 3-3). Pahranagat Valley, Spring Mountain and Adelson School all have two losses, which means Word of Life should be the number one seed in the division for the playoffs.