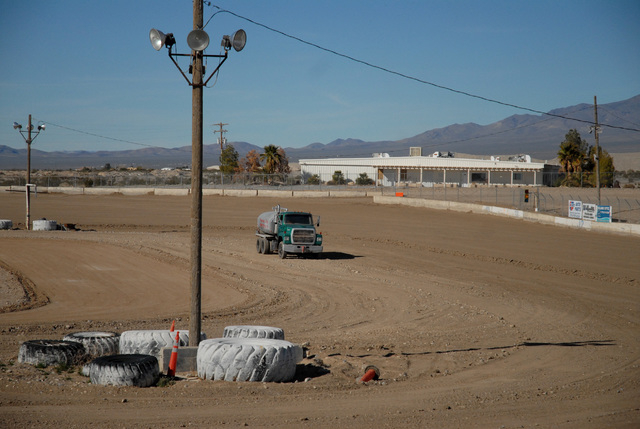 This Saturday the roar of the engines return as the Pahrump Valley Speedway starts another season of racing.

The big news is that the track will no longer be International Motor Contest Association sanctioned. Broadhead said he will try this out for a year and see how things go.

“I decided we wouldn’t go that route this year and we will see what happens,” Broadhead says. “He said he hopes to attract all the racers that really didn’t want to race for points. This should also bring some more racers from out of town.”

An IMCA racer could only accumulate points if they raced at a sanctioned track. These points were used to determine a champion at the end of the season.

The IMCA license costs $115 per driver and this has prevented Modified racers from racing in the past because of the expense. As an IMCA sanctioned track, only licensed drivers were permitted to race last year.

In addition to the big change, there will be a new class geared towards kids called Mini Dwarf. The age group for this class starts at 5 years old and will go up to 8 in the Junior Class. The second class is the Senior Class and that will go from 9-13. This class will have a new track, which was built in the infield of the 1/4-mile track. For specific car setup for this class see http://www.pahrumpvalleyspeedway.com. Broadhead said this class is similar to go-carts.

Finally, the track has a new entrance. It no longer is at turn four and now people will enter at turn three.

The first race will be this Saturday at 3 p.m. Broadhead said it will change to nights if the weather stays warm.