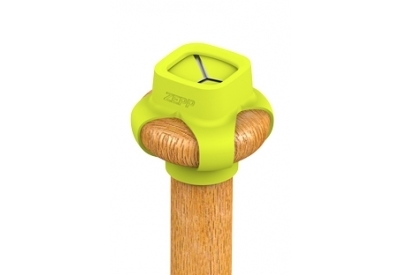 When you think of baseball, people really don’t think of technology. It’s a sport that has seen little change since Abner Doubleday invented it.

The miniaturization of computers has changed baseball technology. The onset of new technology has opened up a revolution in technologies available to different sports. Small computers have allowed companies to make computers that keep track of your steps and now this same technology allows baseball players to keep track of their swing mechanics, with a device called a swing tracker.

The swing tracker probably won’t change how the game is played, but it’s out there to help hitters track their bat swings.

There already are three companies with swing trackers on the market: Blast Motion, Diamond Kinetics and Zepp.

Swing trackers use a tiny sensor that is attached to the bat to show swing metrics, which is the way the bat’s path trails through the plane from rest to impact with the ball. A swing tracker can measure a swing up to 15 different ways, “including key aspects, such as power, max hand speed and distance the bat travels in the hitting zone.”

According to Diamond Kinetics, a developer of a swing tracker, prior to the development of this new technology, coaches had to take video to break down a batter’s swing and still didn’t have any real data on how fast the bat was moving. In fact, much of the analysis before was based on guesswork.

Diamond Kinetics compares this technology to the radar gun, which was developed in 1973. The most direct comparison for how bat trackers will be used is how radar guns are used with respect to pitchers today. It puts a number on a previously subjective evaluation. Whereas radar guns have become an essential tool to evaluating pitchers at all levels, there has not been an equivalent device for hitters. Bat trackers could be that device and more. The ability to measure every aspect of a swing means more data as opposed to the single miles per hour number of a radar gun.

“A radar gun is a good analogy,” Diamond Kinetics Chief Executive Officer C.J. Handron said in a company press release. “It’s putting a number around something you are watching. Pitching velocity is an outcome of a series of motions. Ball exit velocity (off a bat) is also an outcome of a series of motions, too. What’s interesting about this type of technology is bringing information to the motion that is creating the outcome. That’s why this is the next step in information and usefulness. It’s about what’s making that outcome happen, not just being able to track the outcome.”

“Quick and easy real-time access to swing analysis for metrics like max barrel speed, impact momentum and distance in zone improves what our coaches can do to support players,” said Dave Callum, CEO of Top 96.

Handron continues, “Top 96 coaching and the swing tracker system bring great value to coaches and players. Integrating our in-depth and objective swing motion data within the Top 96 platform can help a player get noticed by colleges.”

This latest piece of technology is available at Dick’s Sporting Goods in Henderson for $149. This store carries the Zepp brand but soon will carry the Diamond Kinetics one. The Big Five store in Pahrump doesn’t yet carry the item but probably will soon.

Dick’s said that the current brand they carry has sold pretty fast and at the time this article was written the store only had one left on the shelf. Dick’s said this was the first season they carried them in their store.

The store added that although they sell mainly to Little League teams, Bryce Harper (MLB player) came into buy one earlier in the season.

According to Lou Banuelos, Pahrump Little League president, this technology is so new that none of the Little League teams in Pahrump have one.

“Of course I can look at a kid’s swing and let you know with some accuracy what the kid is doing wrong,” he said. “But, for $149 that is fairly cheap for what it does. I will invite the paper down to take a look at it when I buy one.”