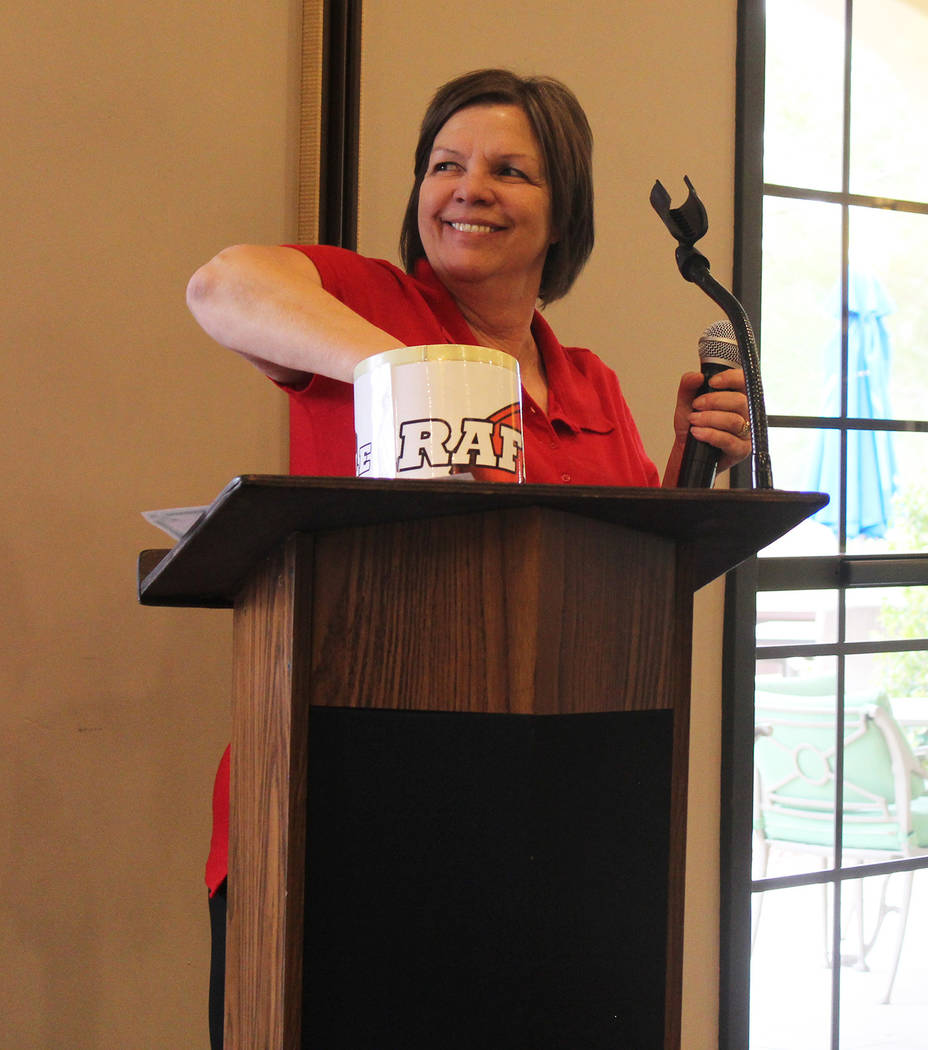 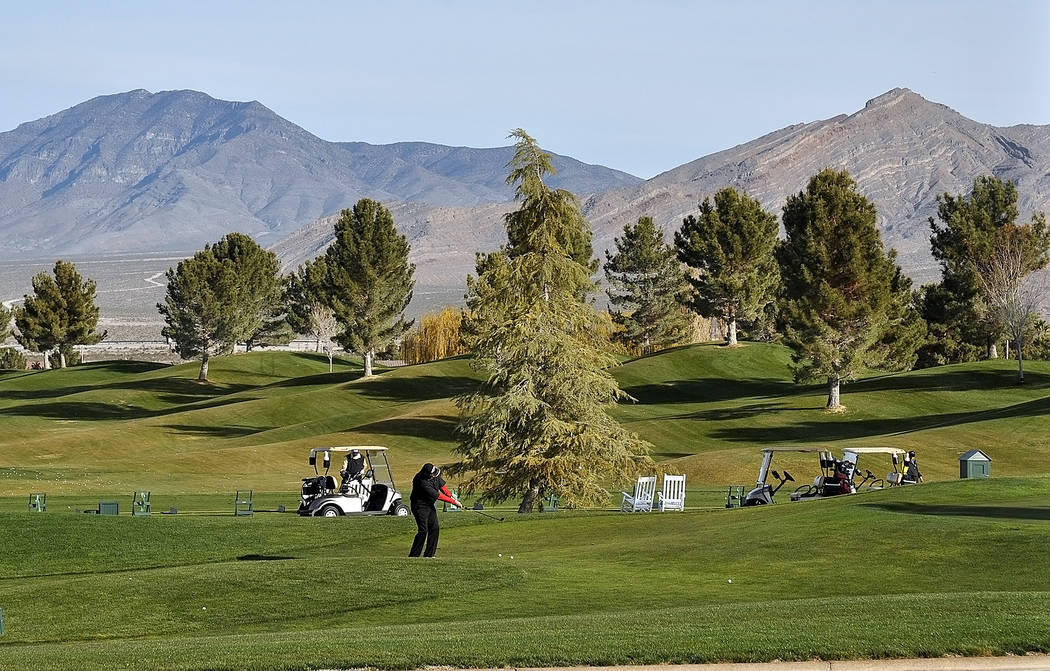 Salli Kerr, executive director of Nevada Outreach, would prefer that No To Abuse, the organization’s program targeted at victims of domestic violence, sexual assault, trafficking, stalking and teen dating violence, was not necessary.

But as long as the program remains needed, the No To Abuse Golf Tournament will continue to raise money to help some of the most vulnerable citizens of Nye County. And the tournament is critical for No To Abuse, as Kerr said it has accounted for roughly half of the organization’s fundraising, with last year most of the rest coming from a celebrity auction held Oct. 12.

That total for last year’s tournament was roughly $9,000, which comes from entry fees and from sponsors who help defray the cost of breakfast and lunch and other tournament costs, Kerr said.

“We help domestic violence victims relocate, so we can help buy plane tickets or bus tickest or gas,” she said. “We provide emergency shelter, and when they are in an emergency shelter we provide everything they need, like soap and towels. We do move-out kits if a woman is leaving a shelter and moving into her own home, and that looks like what a housewarming gift would look like, just what someone would need to get started again.”

“We shoot for having 18 teams, because it’s shotgun-style,” said Mills, whose work for Nevada Outreach normally is with Nevada Health Link, focused on getting the word out about health insurance available on Nevada’s marketplace. But, with someone unable to help put the event together, Mills agreed to help out. “Salli asked if it was something I could assist her in.”

Kerr hopes a few more golfers will show up and take part.

“Every year we’ve had walk-ons, so it wouldn’t surprise me if we added one or two teams,” said Kerr, adding that people who didn’t know the event was happening and just showed up to play golf have participated.

Mills is quick to point out that the event, while raising money for a very serious cause, is also a fun day at Mountain Falls at a cost of $100 per person.

“You get to golf, there’s prizes, there’s food,” he said. “Talk about a good day, and it goes straight to a good cause.”

The prizes are highly coveted among golfers.

“There’s a first-, second- and third-place prize, which are foursomes at regional golf courses,” Mills explained. “First place will get their first pick of which golf course. It’s also fun because we have a last-place prize at well, which is going to be golf lessons.”

“Primarily Pahrump, but there’s also a No To Abuse in Tonopah, and if somebody in Amargosa needs help, we can extend help,” he said.

The organization was especially important to Mills’ sister, the late Cassandra Selbach, the former executive vice president of community relations at Valley Electric Association who died at 35 on Jan. 23. In lieu of flowers, Selbach “wished that donations be made in her name to Nevada Outreach/No to Abuse.”

“The fundraisers are important for fundraising but also for awareness, to remind people that we’re here and tell people that if their friends or family members are in that situation there’s help available to them,” she said.

Kerr was grateful to the staff at the golf course for helping No To Abuse put on a first-class event.

“Thanks to Mountain Falls Golf Course, to (golf pro) Randy (Mudge) and his team, who just make us look like we know what we’re doing,” she said. “They do such a beautiful job. It’s well organized, well set up, and people walk in and just feel confident in it.”

Registration for the No To Abuse Golf Tournament begins at 8 a.m. Saturday at Mountain Falls Golf Course, with the shotgun start slated for 9 a.m. with lunch served and prizes awarded at 2 p.m. For more information, contact Mills at 775-537-7167.