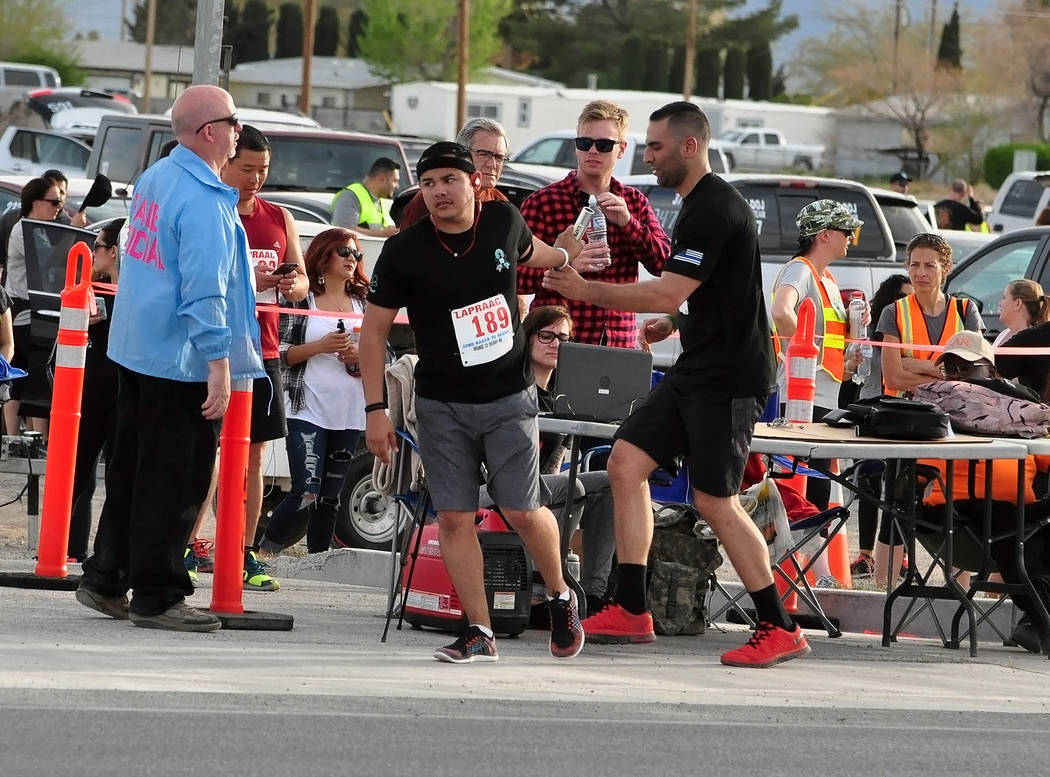 Horace Langford Jr / Pahrump Valley Times - For 20 years, Alice Eychaner provided refreshments and helped with volunteers with Baker to Vegas Challenge Cup Relay. Chuck Foote, one of the original organizers of the relay, upon finding out that Eychaner was leaving Pahrump for health reasons wanted to personally thank her for her service. 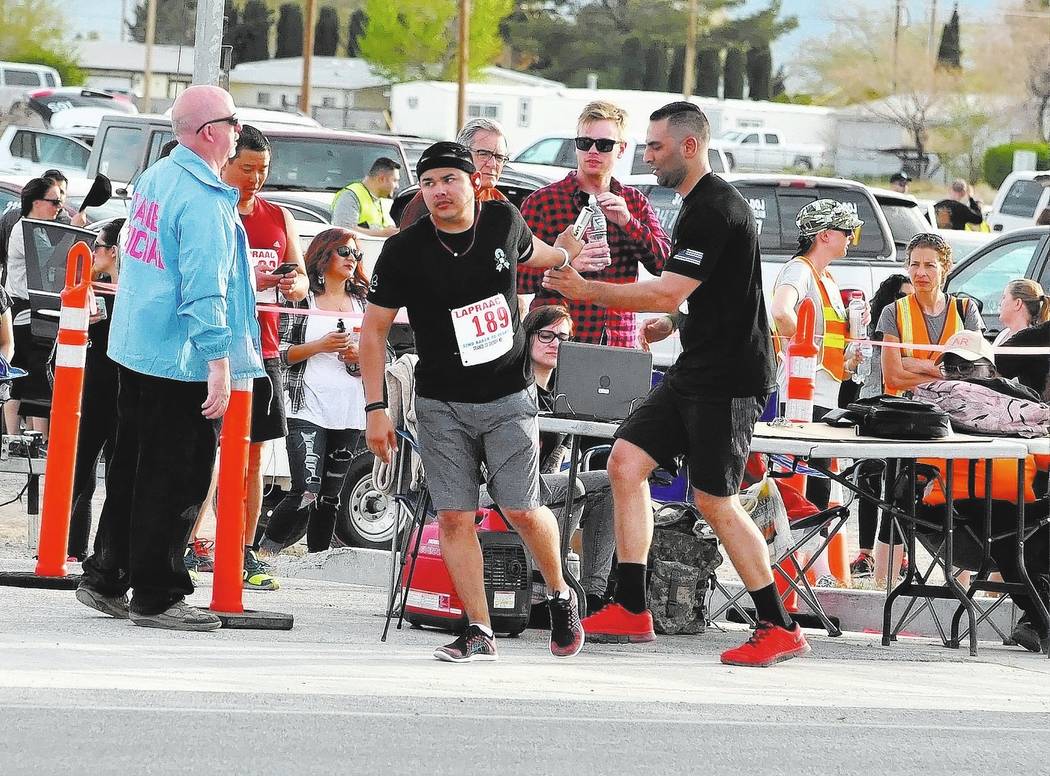 Alice Eychaner has been the event chairwoman for Moose Lodge #808 for the Baker to Vegas Challenge Cup Relay, which goes from Baker to Vegas and comes through Pahrump each year.

Chuck Foote, the organizer of the run since its beginning, said Eychaner was a great asset to his organization and just wanted to thank her personally since Eychaner will be leaving Pahrump for health reasons.

The Moose Lodge volunteers each year to hand out cookies and drinks to the runners and support teams. Eychaner has volunteered for this event for the past 20 years.

Eychaner describes what she has done for Baker to Vegas over the years, in her words.

“This year we almost had a record for the amount of teams entered at 262. In front of Saddle West Hotel and Casino, we distribute 150 dozen cookies, which comes to 6.4 cookies per team. We buy the cookies from Smiths. We will stay all night until the last police car goes through. We also hand out bananas, coffee and hot cocoa. We had 17 volunteers this year. I do this because people need help and it’s an unbelievable good time.”

But Foote said Eychaner was more than drinks and cookies. He said she was more like an ambassador from Pahrump.

“It’s an end of an era,” he said. “She was pivotal in shaping this event. Over the years we took her for granted. She spoke the language of Pahrump and helped field questions about the event. She would smooth things over for us over the years in the beginning. There were some complaints about the traffic and she would be our advocate. What was remarkable about her was that she was the most enthusiastic person for our event and yet she was not working for the Los Angeles Police Department.”

Foote said he remembered meeting her in the early days of the event.

“She would have these gatherings called Thirsty Thursdays,” Foote said. “These were gatherings for us and we would come out and meet folks from Pahrump and she would have cookies and drinks for us. She would invite all her personal friends to this and I would plan my trip before the event around this.”

He said this was her way of getting us to know the town and its people.