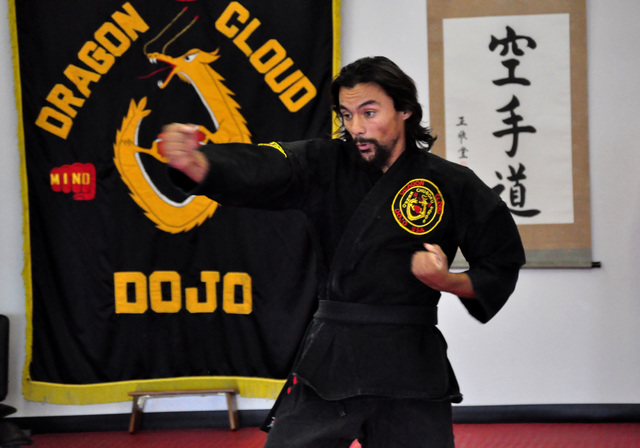 Horace Langford Jr./Pahrump Valley Times Andrew Gonzalez as shown in a file photo. Gonzalez calls Floyd Mayweather "hands down the best Boxer in the sport and has the record to prove it." 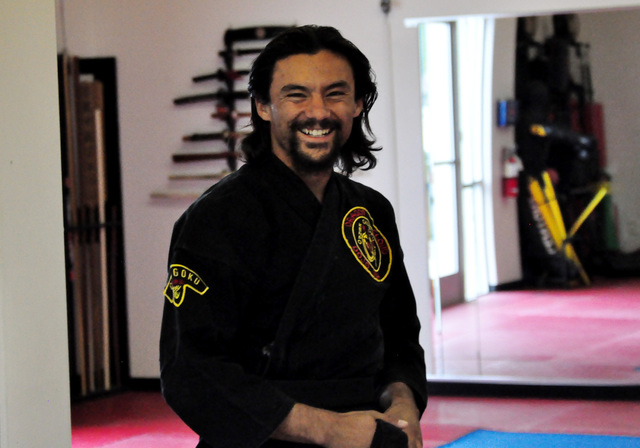 Horace Langford Jr./Pahrump Valley Times Andrew Gonzalez as shown in a file photo. "Personalities and attitudes aside," Gonzalez writes, "I am giving this fight to Mayweather. He is hands down the best Boxer in the sport and has the record to prove it." 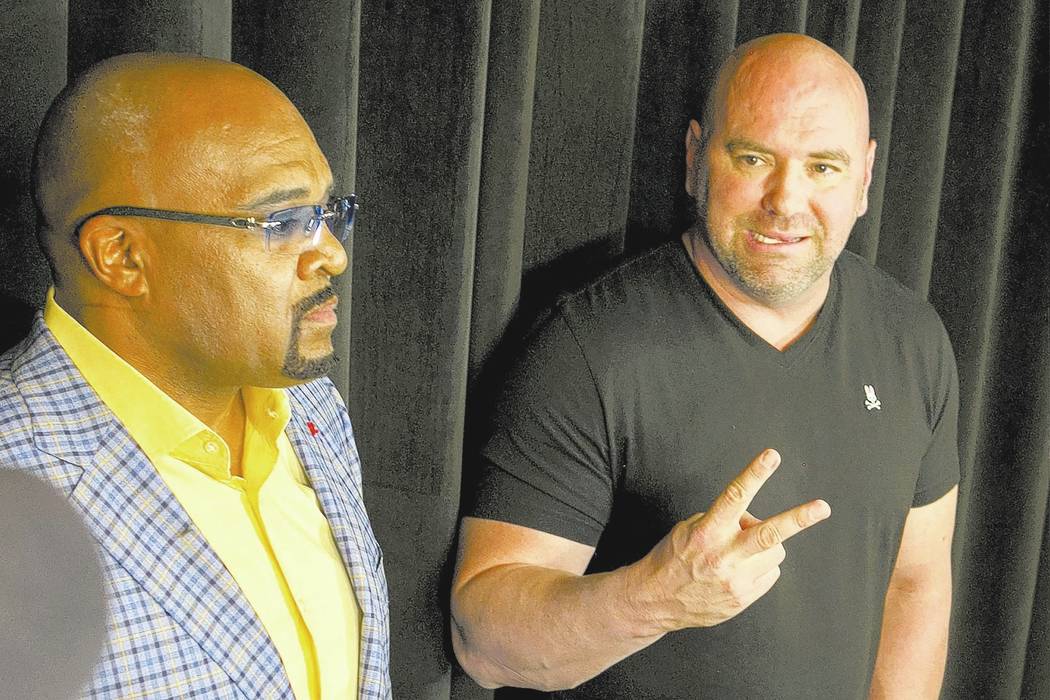 Mixed martial arts fighter and local karate expert Andrew Gonzalez speaks out about the Conor McGregor vs. Floyd Mayweather fight. Gonzalez lives in Pahrump and has a second-degree black belt and is working on his third degree. He not only is a fan of mixed martial arts but also takes part in amateur fights. This is one in a series of stories on the McGregor-Mayweather fight.

Personalities and attitudes aside, I am giving this fight to Mayweather. He is hands down the best boxer in the sport and has the record to prove it.

Despite some questionable ethics behind a few wins, he has come up with a strategy that has made him technically unstoppable. He has the speed to move in to plant a hit and he has the reflexes and defensive capabilities to get out of harm’s way.

As far as his ability to receive a hit and go back on the offensive, it was showcased in his fight against Shane Mosley, who planted a shoulder-reinforced knuckle kiss right into Mayweather’s face! Despite that hit, Mayweather recovered enough to take the victory against an equally skilled opponent.

In his fight against my own personal favorite, Manny Pacquiao, he outboxed “Pac-Man” and scored more points than Pacquiao in an extremely close match. That is where it ends though, the points. Mayweather isn’t stepping in the ring to fight, he is stepping into the ring to box, and he will box against an inexperienced McGregor who does not have a single boxing match under his wings, amateur or professional.

Although McGregor and his fight camp are thinking critically, they will adapt a strategy to exploit Mayweather’s difficulty with southpaws and instead of focusing on attacking Mayweather, they will focus on drawing him in, baiting a defensive fighter to change up their game and attack someone who has prepared a counterattack strategy. This would weigh down on Mayweather’s strategy of popping in and popping out and waiting for the opponents to come to him.

Mayweather’s big strength has been his speed and he outspeeds McGregor like a racing horse outspeeds a birthday pony. Mayweather is a counter fighter and a defensive fighter against an attacking fighter. Despite his size compared to his opponent, he still has devastating knockout power.

Mayweather’s power generates from his speed and his ability to put his body behind each punch much like Gennady Golovkin (It would be a dream match to see a Mayweather vs. GGG fight) and that amount of power coupled with his defensive capability and speed, makes him extremely dangerous for a bigger opponent like McGregor.

McGregor has power, he has got a technical mind and a keen ability to read his opponent’s movement with punishing efficiency. Despite the “Notorious” having the media attitude equivalent to Mayweather, he also has skill to back it up. He has power, his hits to his opponents are devastating and in slang terms, he’s got hands.

He also has the unique ability to put mental pressure on his opponents, both in the cage and out of it. He is well rounded with his strikes and defends himself easily enough when taken to the ground, but that is all I have seen out of McGregor that could give him an edge in this upcoming match.

McGregor has a major Achilles heel, and that is his cardio. He hits devastatingly hard, especially with his left, and he is a bigger guy, but all that power expends energy, and it expends quickly with him. His opponents have been predominantly smaller than him, so that power makes a difference when he is striking them and they aren’t able to go the distance, and if they are, he has worn them down with his mind games and striking capabilities.

It has been proven though, that he can get gassed easily and when this happens, it spells trouble for him. His match against Nate Diaz on both occasions showcased his inability to prep his cardio. If that fight did not showcase it (many clan McGregorites will disagree), then McGregor vs. Chad Mendes certainly did, the saving grace for McGregor in that fight was his opponent’s cardio being worse.

This may sound biased due to me being a smaller fighter and having more forgiveness in regard to cardio within the lower weight class, but it is extremely important to have the amount of gas to go the distance with significant ability to strike, move, and defend.

For McGregor to win

To win, McGregor and his camp will need to address this core issue before he steps into the ring and goes toe-to-toe with the best boxer of today for 36 minutes. A UFC championship match will last for 25 minutes, which makes it a difference of 11 minutes and as every athlete knows, we are not under the pressure of minutes, but of seconds.

So much can happen in a few seconds, world records have been broken by the second, our own Pahrump local champ, Brandon Schneider, took out an opponent in 11 seconds, seconds!! Eleven minutes is gap that will need to be addressed by McGregor and his camp in regard to cardio.

In order for McGregor to secure that, he needs to focus on bringing Mayweather into his territory and work on counter-attacking with micro-second reflexes and timing. Mayweather can take a hit so McGregor will need to land more than one hit to stagger him. They are both brash personalities, and this will be a mind challenge for the both of them.

Next week two local boxing coaches put in their two cents on the fight.