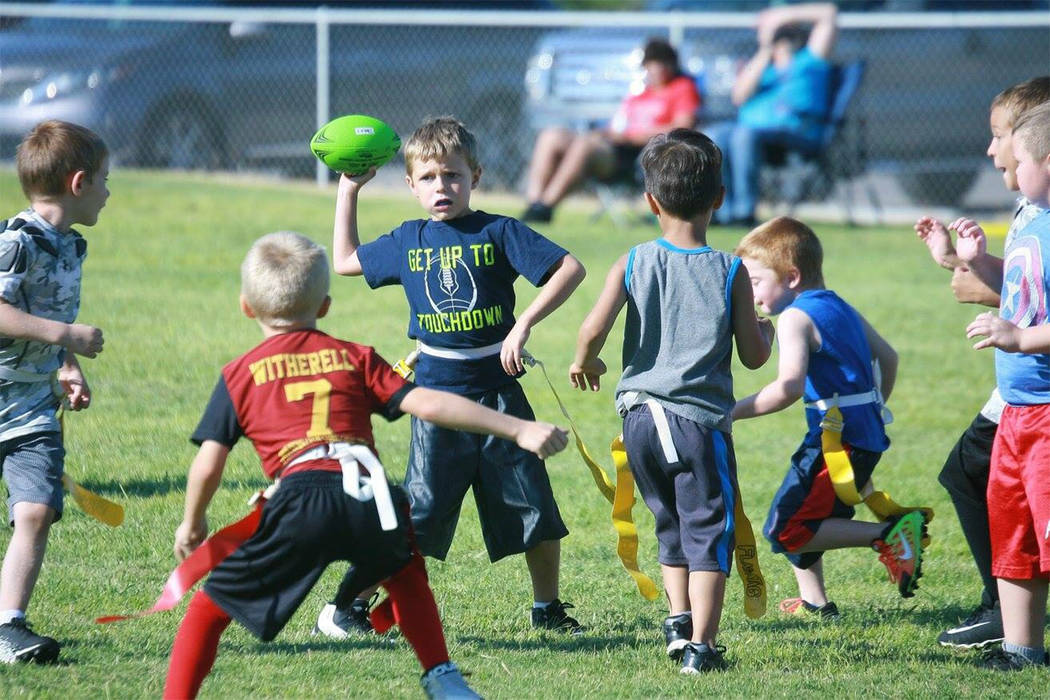 Special to the Pahrump Valley Times Pahrump's flag football season in Nevada Youth Sports is in jeopardy, and more kids are needed to sign up by Thursday or the season could be forfeited. 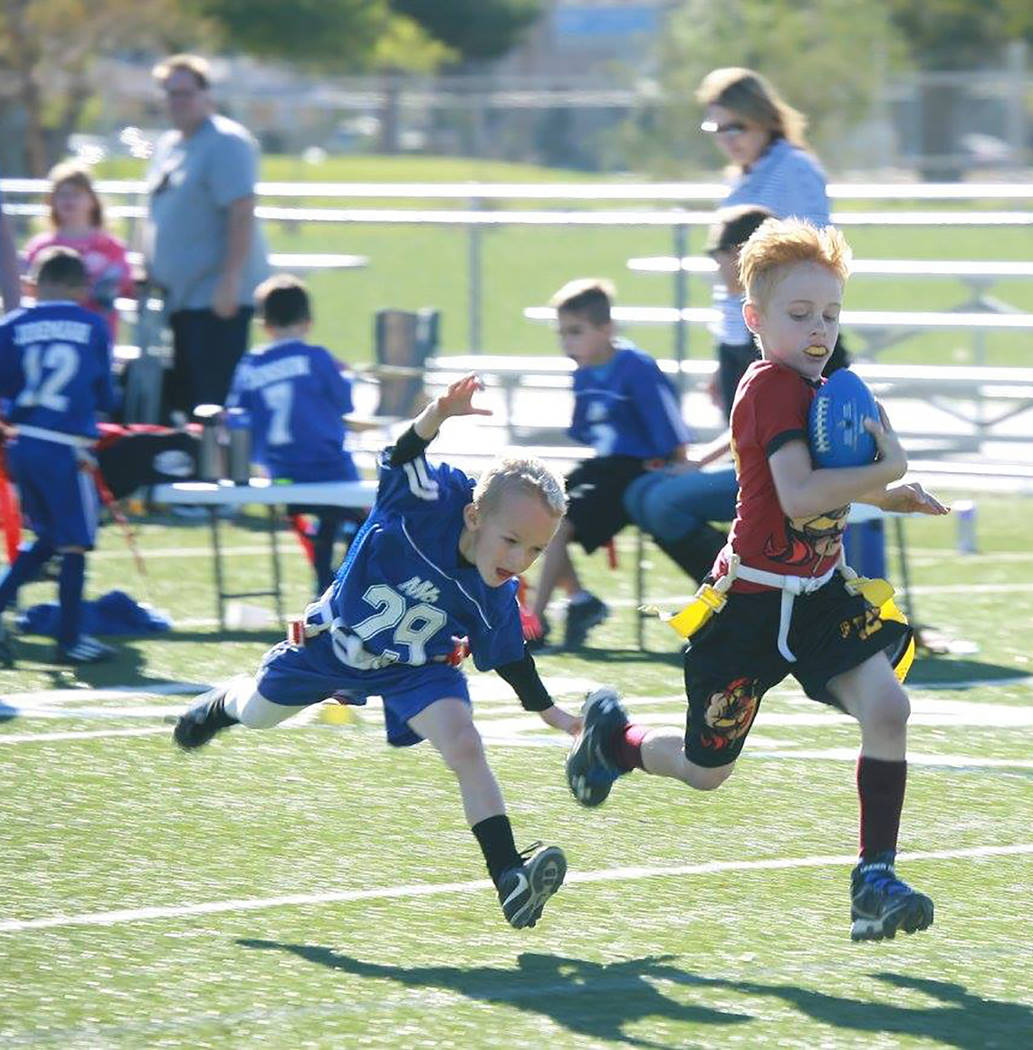 Special to the Pahrump Valley Times Kids under 10 years old who want to play flag football can come to practice at 6 p.m. Wednesday and Thursday at Simkins Park to register for the fall season.

With only one-quarter of the players as there were out last year, flag football in Pahrump is in serious need of kids to sign up by Thursday or the season might not be played.

As of Aug. 29, Dee Stegeman, team mom for the 10U team, said only 10 kids were coming out for practices, requiring all of them to practice together regardless of age. “They’re being very good sports about it,” Stegeman said. “But we’re going to have to forfeit the season if we can’t fill these spots.”

While the season does not begin until late September, the registration deadline for Nevada Youth Sports is Sept. 5. Only three players are practicing for the 6U team for kindergartners and first-graders, and there is also major need for 10U players, Stegeman said.

Six players are needed to play flag football, and it is open to boys and girls. Stegeman said her daughter, Nova, is in her fifth year of flag football, having started in Henderson before moving to Pahrump.

Kids can sign up by going to www.nysnevada.com and registering under the Henderson league. They need the invitation code of REC2019, the cost is $90 with a $40 additional team fee due before the season starts.