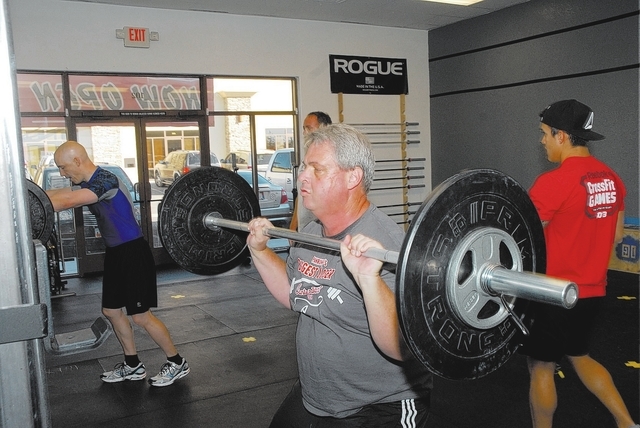 Fifteen of the town’s biggest losers have been chosen to compete for some cash, and no it’s not all the town’s politicians. The “Biggest Loser Competition” has begun, a spin-off of the TV version has been launched in town by Custom Health and Fitness Gym and CrossFit 160.

The fifteen contestants will compete for a percentage of cash from now until April 5.

Manager of Custom Health and Fitness Mundo Veloz is excited by the opportunity to educate people on how to lose weight and keep it off. Veloz also owns CrossFit 160.

“The idea stems from having one place where people can pay one flat fee and still have access to nutrition seminars for living healthy and exercise over a three-month period. We said three months in hopes of bringing good habits to people. If you do it for four weeks you might get a little bit, but if you do it for three months it is kind of ingrained after that. It becomes more a part of your lifestyle. We were just hoping to reach out and educate people about health and fitness,” he said.

Veloz said he hopes to do another Biggest Loser in the summertime. Everyone just pays a $40-flat rate and that gives you access to all the seminars. These are for people who are not gym members. At the end, he said there will be a community fitness fun-run.

The heaviest person participating is about 300 pounds. In three months Veloz expects to drop him down about 40 pounds.

“Being a male he might gain muscle mass and not lose a lot of weight but decrease in body fat. The more people signed up the bigger the cash prize. We are doing overall pounds loss, inches loss, and body fat percentage loss. We are doing a first place for women and men since men and women lose weight differently,” Veloz explained.

Anthony Jaynes is a participant in this contest and he said he was excited to lose the weight and learn about being fit. In the first week, he lost 10 pounds.

“I am going to CrossFit because this intense athletic training to lose this weight. I am getting one-on-one coaching to lose this weight. I started with Mundo, the manager of Custom Health and Fitness. What I am doing is like P90X. It’s called CrossFit, and it’s gymnastics, mixed in with some athletic stuff. Today I did some pull-ups and squats, and sit-ups. Mundo motivates me to keep moving. It can be depressing at times,” he said. Jaynes will working out through April 5.

George Arceo is a trainer at Custom Health and Fitness who believes the program will take off the weight.

“CrossFit is both building muscle and is giving you aerobic training. Every one of those relates to what you eat. The biggest loser will be successful if they eat the right things. They will say that on the TV show too. Nutrition is 70 percent of the weight loss. Training will give a start but they have to eat right,” Arceo said.