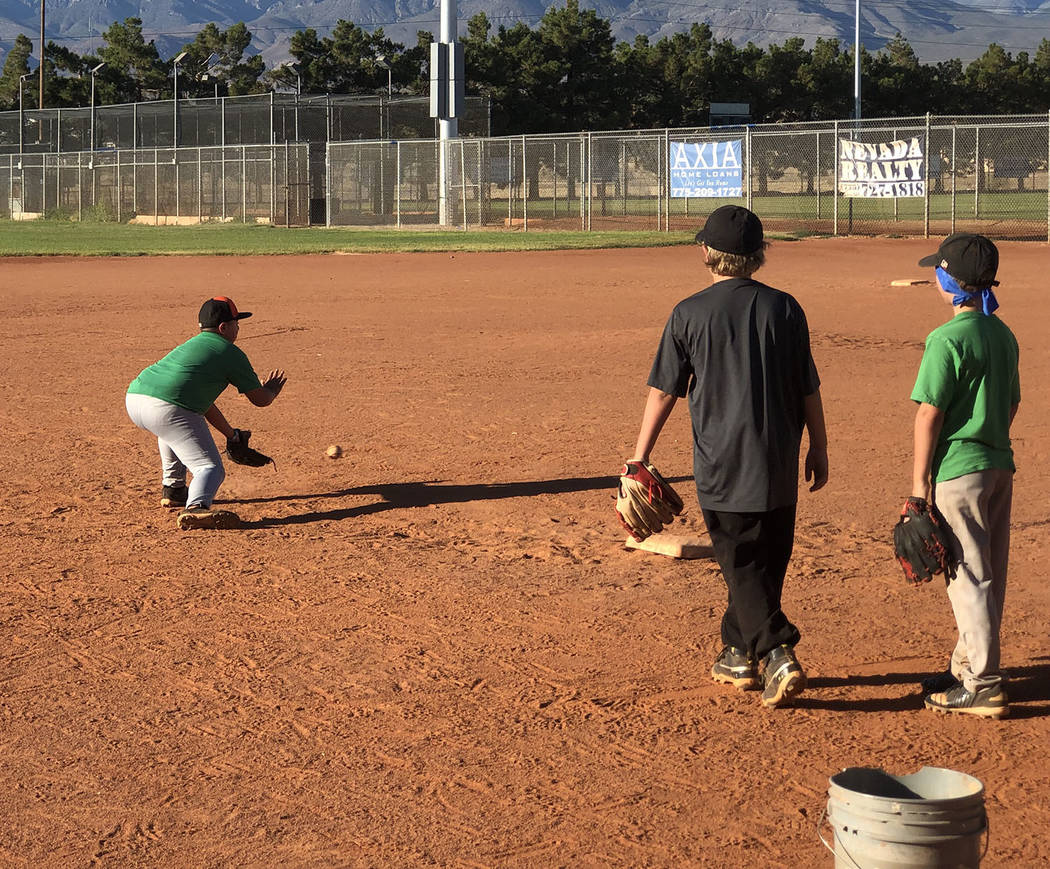 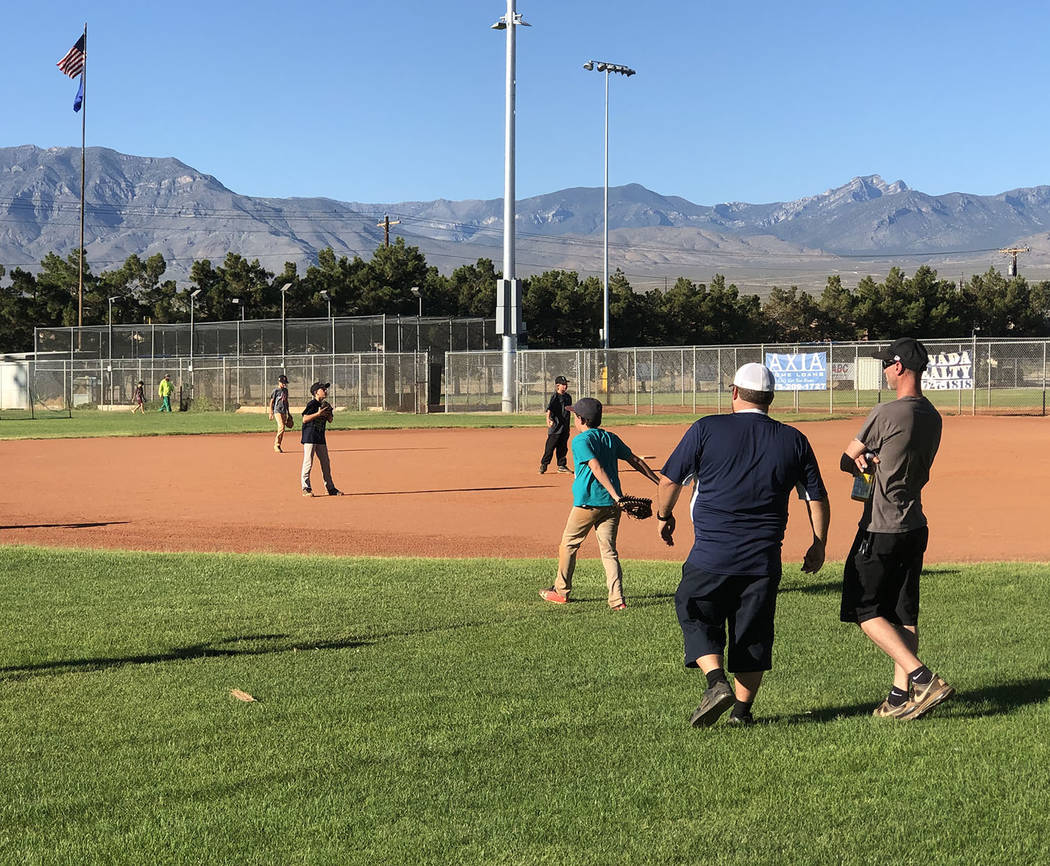 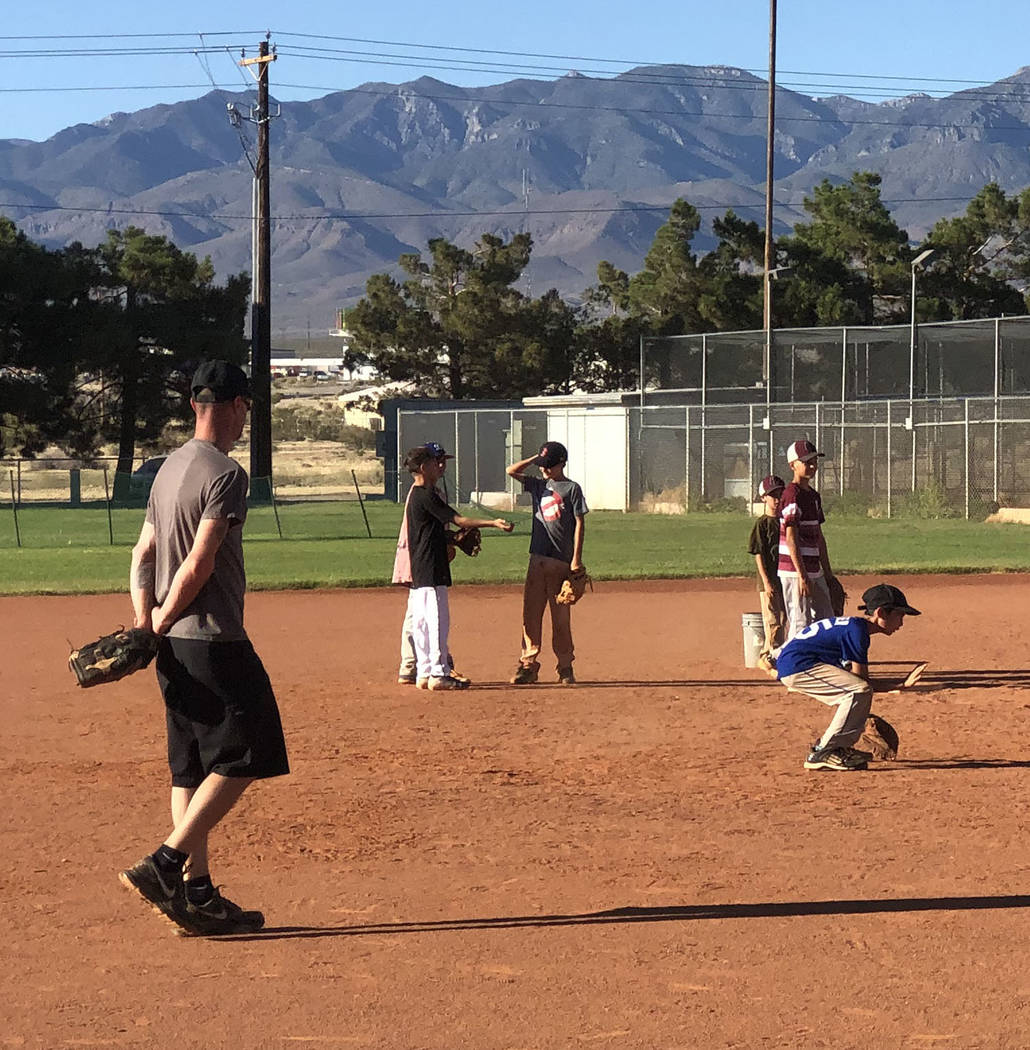 Ask Kayne Horibe about his confidence level going into this weekend’s District 4 Tournament, and you get a very reasonable response.

Horibe wasn’t suggesting he and his teammates aren’t very good, but he, like several other Pahrump players, has been in the district tournament before and knows how tough the competition can be.

“First year, we got out right away, second year we got up to, I want to say fourth, and I don’t know about this year,” Horibe said. “I think we have a chance.”

Manager Stephen Whitney has been coaching kids for 20 years, and this will be his second time coaching in an all-star tournament.

“They are chosen by a draft after the championship for the regular season,” Whitney said before the team took the field Monday at Ian Deutch Memorial Park for a practice. “The youngest one is 10, and a majority of them are 11 but league-age 12. Most of them have tournament experience, some at this level, some at the younger kids level.”

The team is for players aged 10 to 12, the age group on television in Williamsport, Pennsylvania, each August. The teams who play there started their journey the same way Pahrump’s players are starting, with local district tournaments. Whitney said he and his kids have been watching Williamsport games for years, and most of his players have a lot of experience, despite their young ages.

Horibe said he has been playing for about six years, the same as infielder Sergio Gonzalez. Both have played on previous all-star teams.

Gonzalez, 11, plays third base and first base but said he prefers third because there’s more action, as well as the chance to show off his arm, which he said is a strength. “We’re good at fielding,” he said.

“Defense is a strength,” Whitney agreed. “That’s how I chose my kids for the all-star team. Throughout the regular season all of these kids played great defense. That’s pretty much what we work on throughout the season. You need to defend the ball before you can score.”

Pitching and defense is a familiar mantra in baseball, and it’s no different on this team.

“We have eight pitchers for sure,” Whitney said. “That was another thing we focused on. Defense and pitching will be the key to success.”

Another Whitney, 11-year-old Vinny, is important to both tasks, as he moved behind the plate this season.

“I like throwing people out,” said Vinny Whitney, who, despite his small frame, said he is not concerned about bigger players barreling into him trying to score. He also pitches and claims seven or eight years of baseball experience.

“A lot of them have been playing for quite a few years,” Stephen Whitney said. “We do have a lot of potential.”

It’s likely he would know, considering the years he has spent around diamonds. “Right after I stopped playing baseball, I started coaching in Northern Nevada with a friend,” he said.

Pahrump opens tournament play at 11:30 a.m. Saturday against Western. A win sends them into a 5 p.m. Sunday game against Red Rock, which has a Saturday bye, while a loss lands them in a 7:30 p.m. Sunday elimination game against the loser of Saturday’s game between Summerlin South and Lone Mountain. The 10-team tournament’s championship game is scheduled for 7 p.m. July 13.