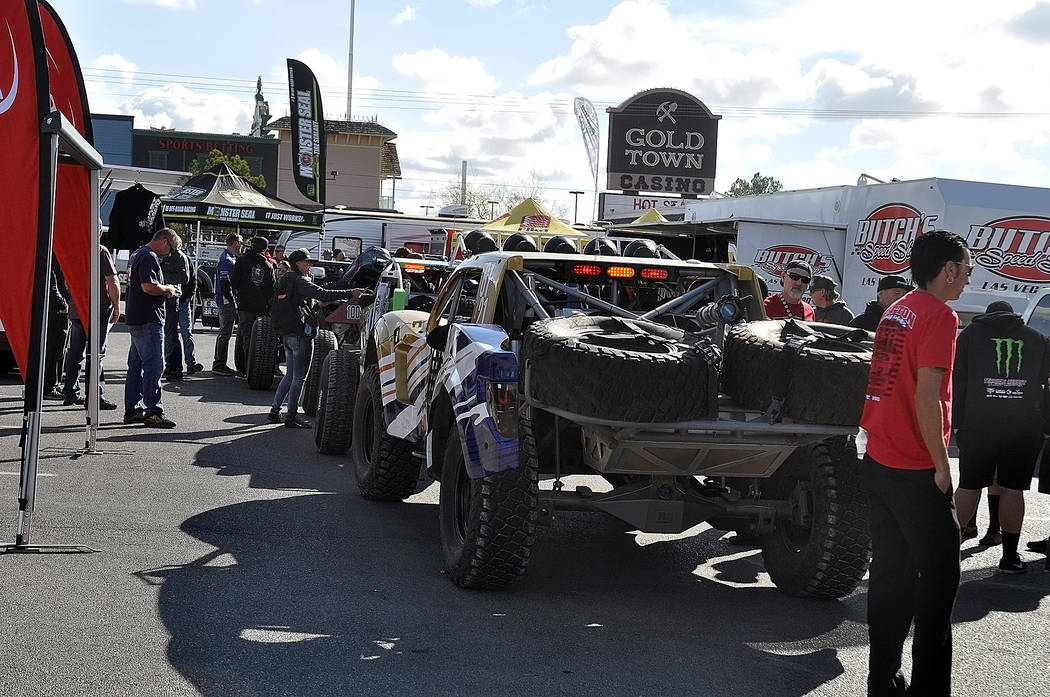 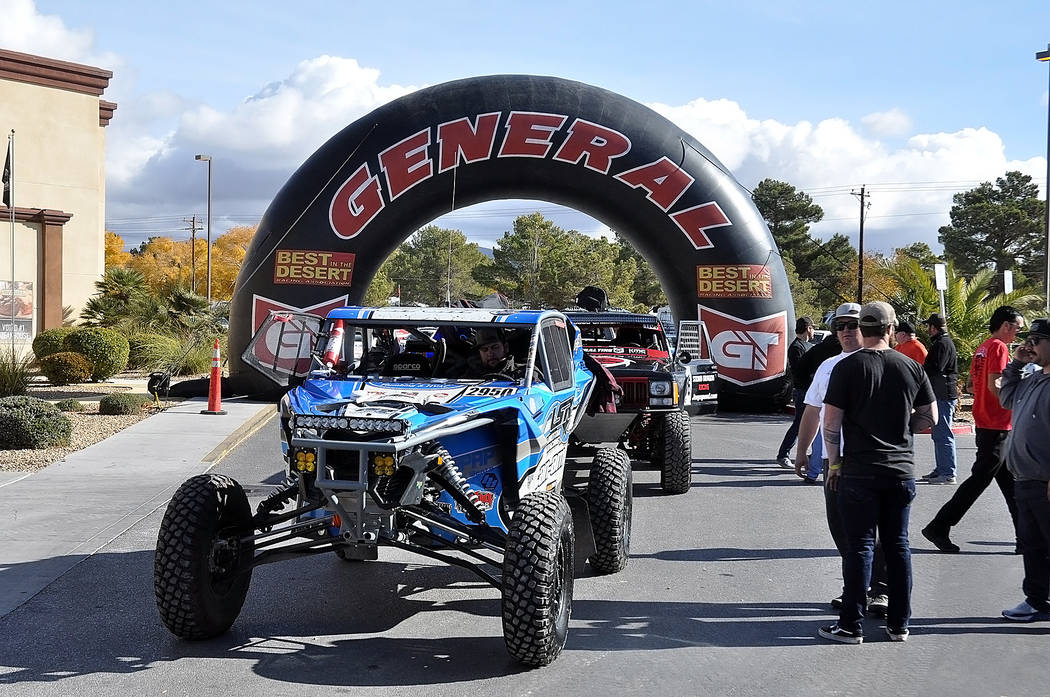 Horace Langford Jr./Pahrump Valley Times Technical inspections for the Pahrump Nugget 250 on Friday were done in the shadow of the finish line for Saturday's off-road race.Tech Inspection Friday Nov. 30 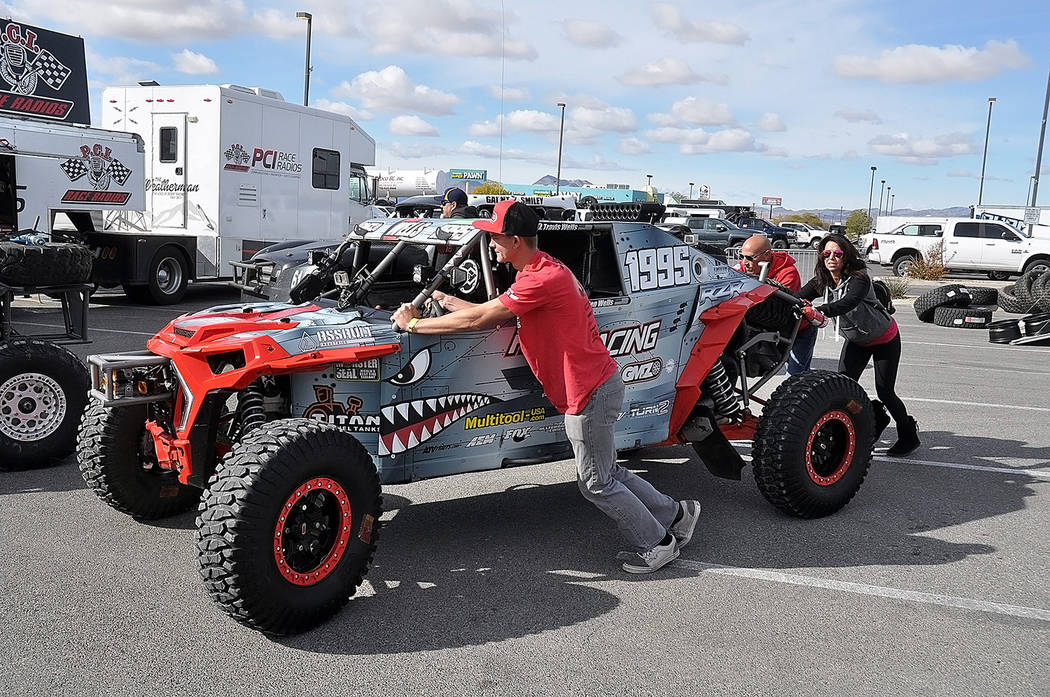 The Pahrump Nugget 250 has been an overwhelming success, with hundreds of hotel rooms filled and roughly 3,000 people coming to Pahrump to witness what this year was a record number of racing teams competing in Best in the Desert Racing Association’s final race of the season.

But for drivers and crews, it’s not the most convenient event of the year. So the race is not on the Best in the Desert calendar for 2019.

“Yes, we will not have a Pahrump race in 2019,” Best in the Desert event coordinator Liz Marshall confirmed. “This decision has nothing to do with Pahrump. The town loves having us, and we’ve had no issues with anyone.”

Driver Anthony Terzo, parked in front of the Pahrump Nugget waiting for a technical inspection of his Trick Truck, said it made sense to stop an event that many drivers simply could not get to and forced others to make a choice.

Marshall confirmed that timing was the major factor in the decision to stop holding the race.

“December is a hard month to hold a race,” she said. “The Baja 1000 is in November, so it’s hard to turn the trucks around and be ready for Pahrump. Also, our first race of the season is early February, so they don’t have much time to get ready for next year.”

But Marshall also said Best in the Desert is open to returning to Pahrump, just not after Thanksgiving.

“We would love to come back to Pahrump,” she said. “We are looking at a different time of year so we get a better turnout and have better weather.”