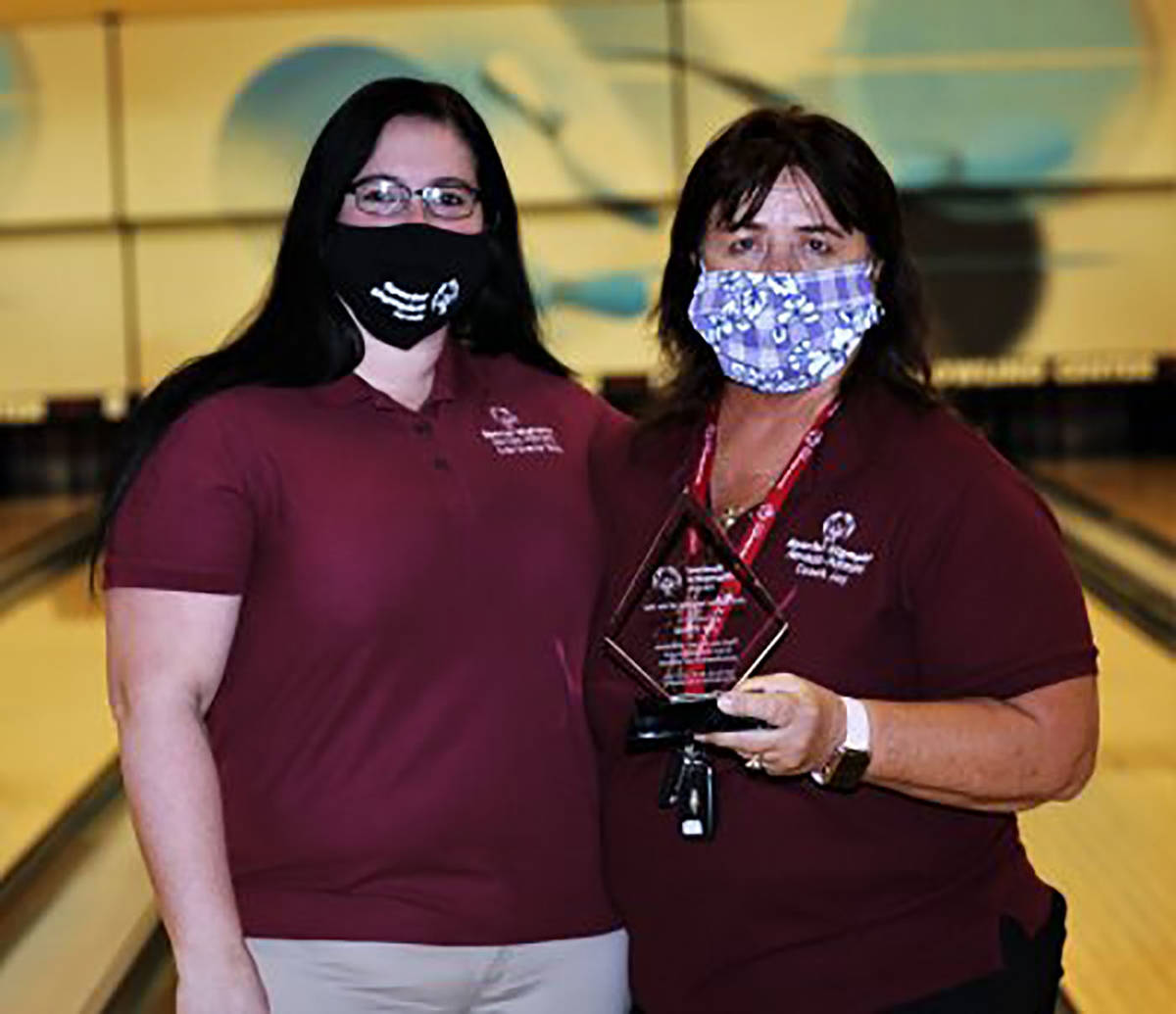 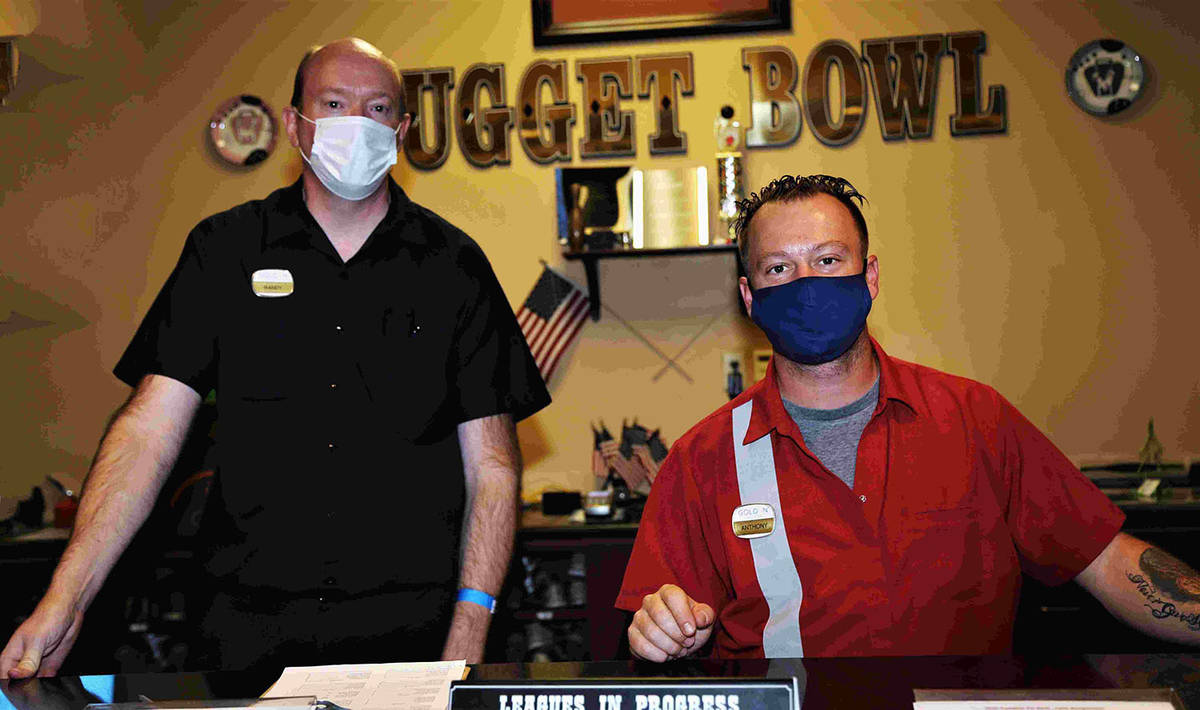 Randy Gulley/Special to the Pahrump Valley Times Randy Cardill, left, and Anthony Matassa work the front desk at the Pahrump Nugget Bowling Center, which hosted the Pumpkin Pin Bash on Oct. 31 and Special Olympics on Nov. 1. 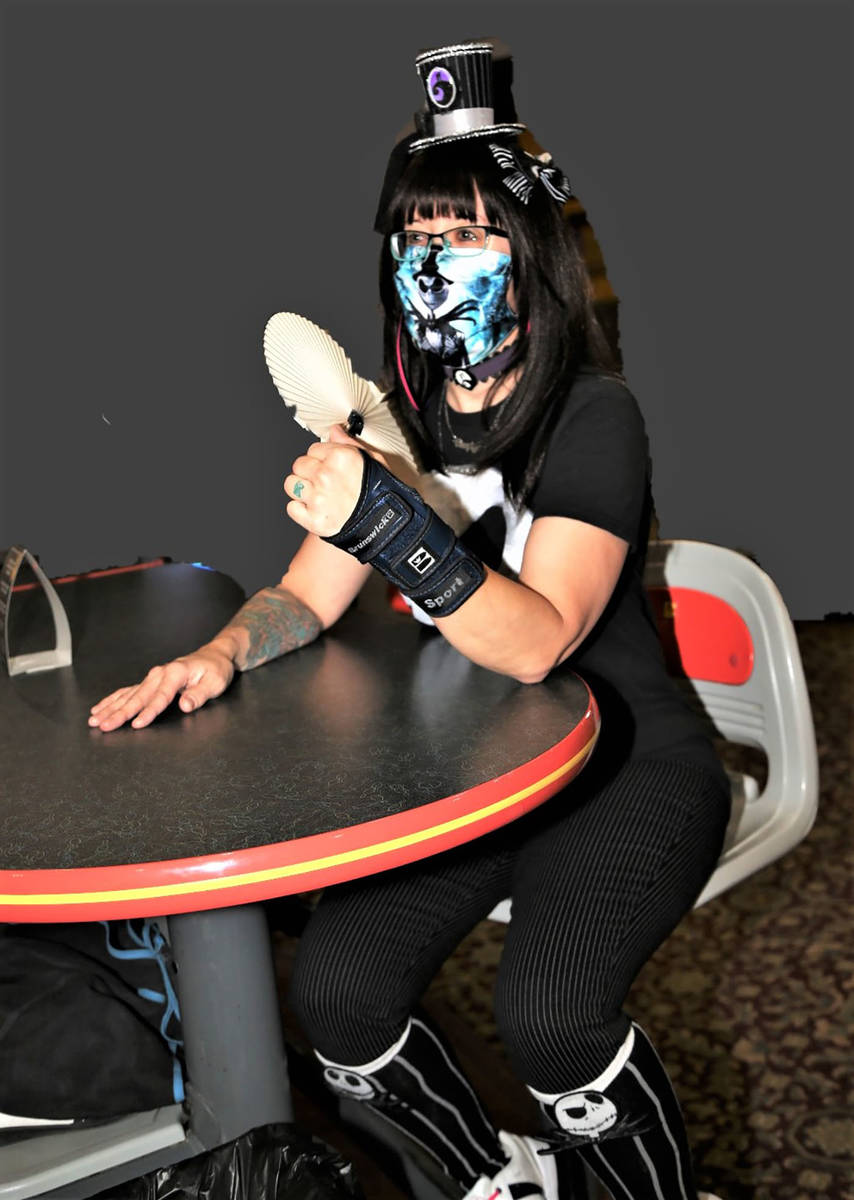 Randy Gulley/Special to the Pahrump Valley Times Rebekah Quinteros takes a break during the Pumpkin Pin Bash on Oct. 31 at the Pahrump Nugget Bowling Center. Quinteros rolled an 867 series during the event. 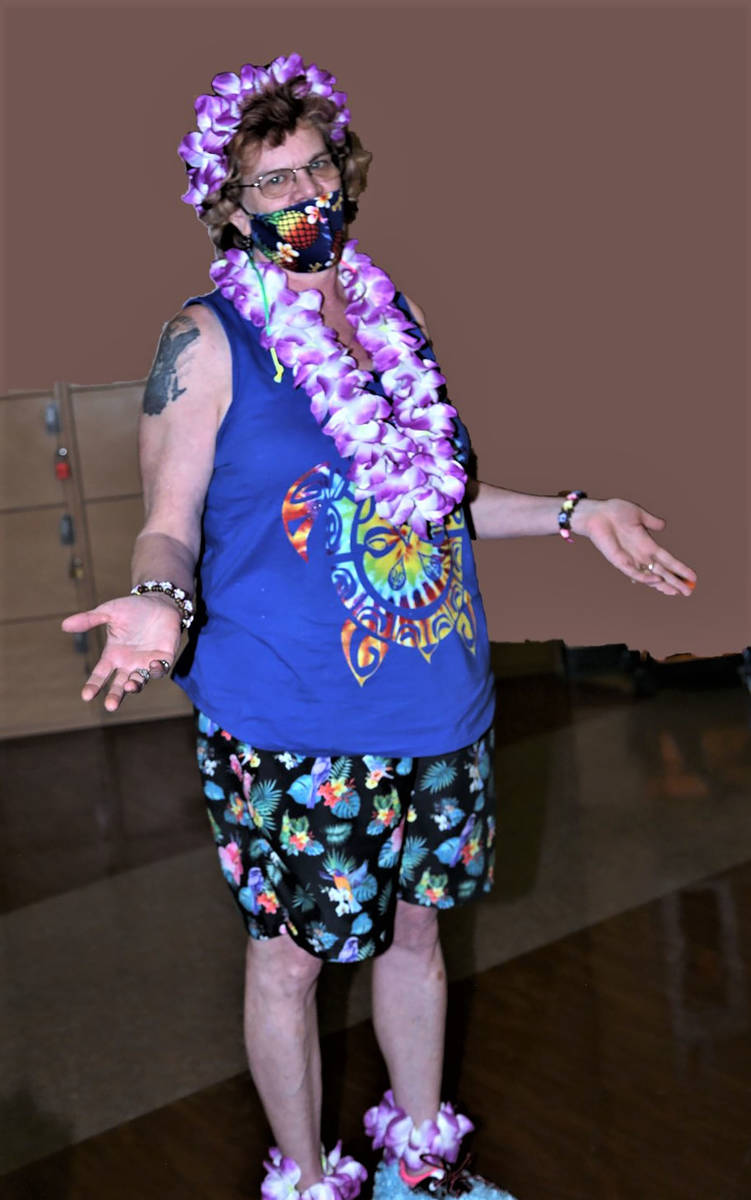 Randy Gulley/Special to the Pahrump Valley Times Marilyn Miller shows off her festive look during the Pumpkin Pin Bash on Oct. 31 at the Pahrump Nugget Bowling Center. 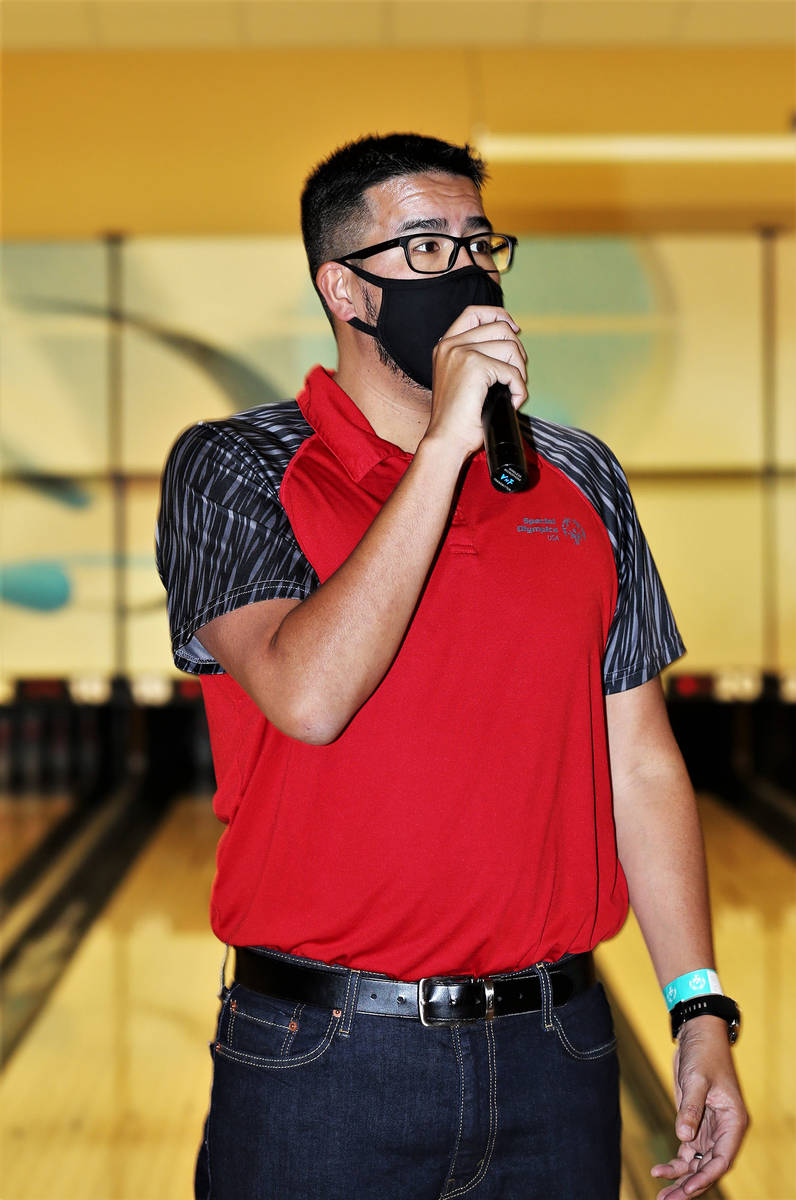 Sanders topped a field of 59 to take home the $33 first prize, and the top 15 bowlers earned a cash prize, as did Joy Theus, who won the “smashed pumpkin” prize of $10 for finishing last. Half of each bowler’s $10 entry fee went into the prize fund.

The tournament was limited to 60 bowlers because of COVID-19 protocols, and each bowler had four games, dropping the “terrifyingly” lowest game in honor of Halloween. The event was an 8-pin no-tap tournament.

Twenty-four of the bowlers entered the Mystery Doubles tournament, which was won by Baltutat. His mystery partner was Vasquez, giving Balutat an 80-pin win over Jeff Huffman, whose mystery partner was Joseph De La Torre. Baltutat won $24 for the effort, the same as he pocketed for his fifth-place finish, and, as the results sheet said, “It’s up to the entrant if they want to share the winnings!”

Ward presented Pahrump’s Joy Theus with an award for rookie coach of the year.