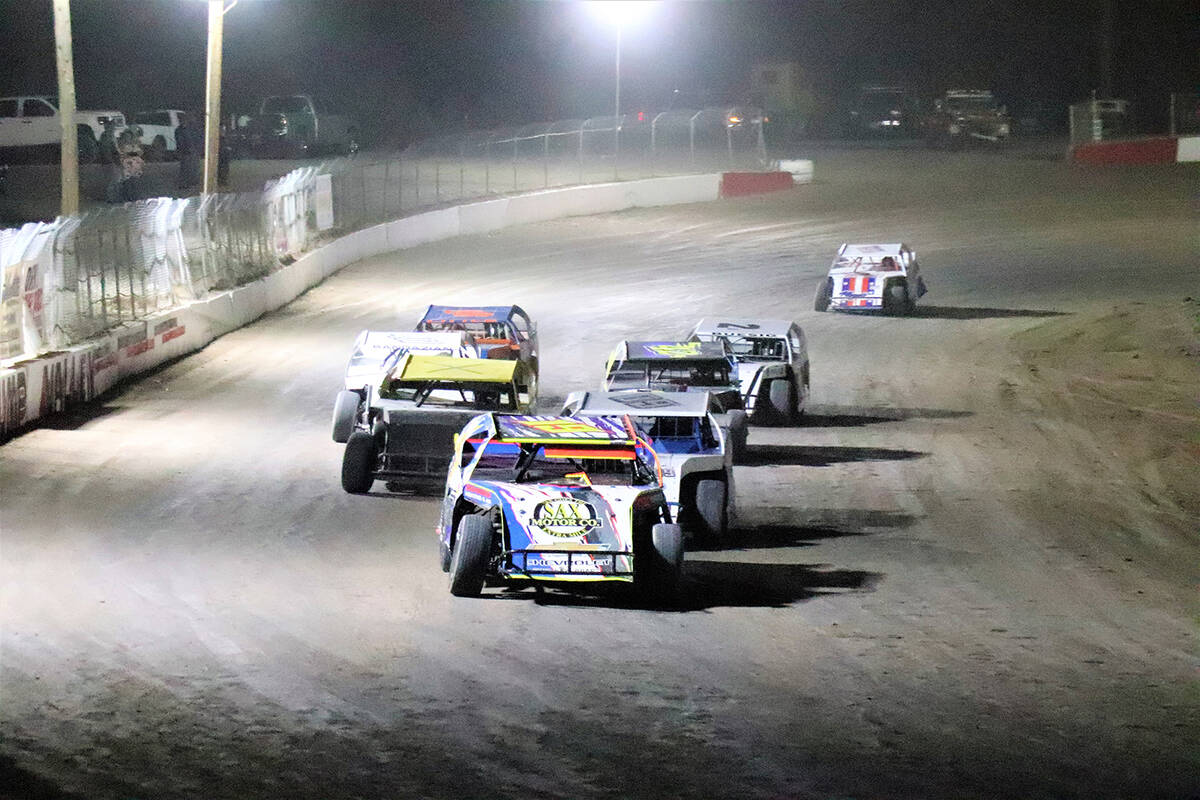 Digital Storm Photography/Special to the Pahrump Valley Times Jared Ward leads the Sport Mod race Feb. 27 at Pahrump Valley Speedway. Ward won that night and again March 13 and has been victorious in all three races this season.

In the second closest points race, Jared Ward came out as the season winner for the Hobby Stock class. His third-place finish in Saturday’s race gave him 785 points for the season. He was followed closely by Adam Tiscareno, who finished in second for both the race and the season standings with 776 points. Jay Ward finished in third place for the season with his total of 755 points.

The Super Stock class also had a close finish at the end of the season. Dillon Murphy finished as the season champion with 447 points, followed by Timothy Murphy with 429 points and Dale Daffer with 358 points. As for the race, Tyson Talkington of the No. 9 car took home the checkered flag. He was followed by Daniel Vlazlof, Tanner Otteson and Jack Dodd.

The Dwarf and Mini Dwarf classes held races over the weekend, however, they don’t have season rankings so there wasn’t a class champion crowned.

In the Mini Dwarf class, Jace Jensen beat out the other drivers to take home the win. He was followed by Kendra Jones and Oden Padillia-King to round out the top three drivers. In the Dwarf class, Cory Woods was able to secure the victory. Dustin Loughton and Race Shelton finished in second and third places, respectively.

That will do it for the 2021 racing season. There will be one more race held at the Pahrump Valley Speedway on Saturday, Dec. 4 at 2 p.m. It will be a Modified Challenge with cash prizes going to the top 10 finishers. For more information, please visit pahrumpvalleyspeedway.com.