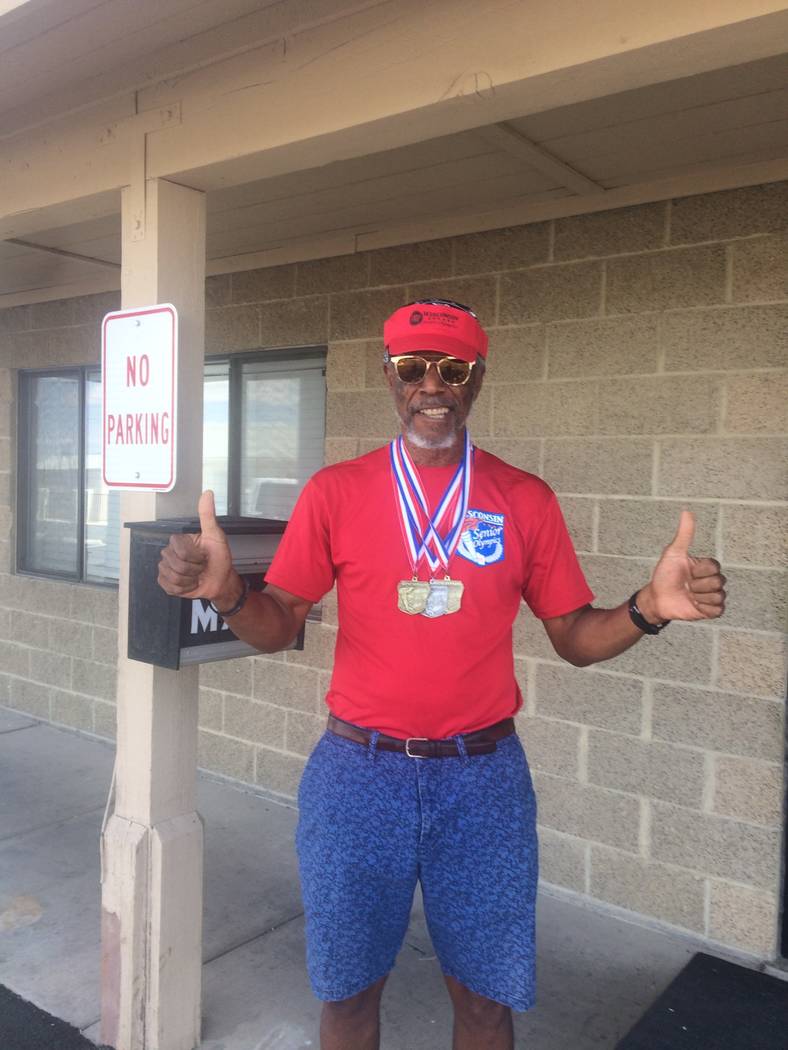 The senior athlete is a former UCLA football wide receiver and track star who played football under Dick Vermeil.

“I was prepared and worked hard for these races,” he said. “My next race will be in Las Vegas for the upcoming Nevada Senior Games, which are from Sept. 10 to Oct. 15.”

Caperton is a big supporter of senior games and wants them to return to Pahrump.

He is a longtime resident of Pahrump and remembers the games being here.

If you want to help Caperton to get the senior games to return to Pahrump, email him at mcape33@netzero.net.

For information on the Nevada Senior Games in Las Vegas, go to nevada.fusesport.com for more information.