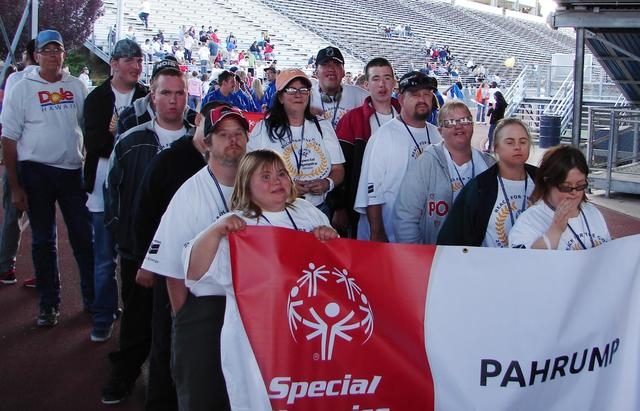 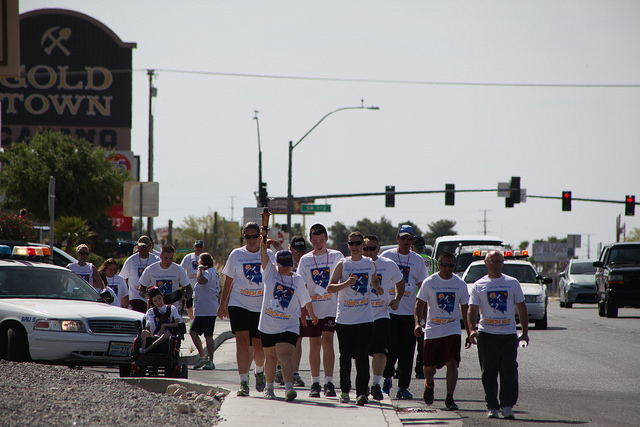 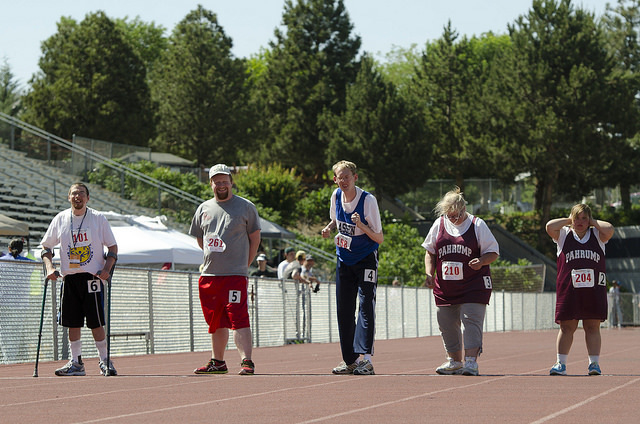 One of the best sports programs for kids in this town is Special Olympics. This year the PVT honors the Special Olympics athletes for the first time with their own year in review.

During the 2014 year over 131 athletes and 50 coaches participated in our six sports programs of basketball, bocce ball, bowling, golf, soccer, track and field, and the Reno Summer games.

Each sport requires a minimum of 10 two-hour practices for a total commitment of 20 hours by the athlete.

We had four athletes who participated in all six sports, which requires a minimum of 60 practice sessions for a total of 120 hours.

During 2014 our athletes and coaches spent over 40 hours in buses as they traveled over 1,620 miles for regional competitions. Boarding the buses at the Pahrump Nugget at 6 a.m. required all to rise and shine at 5 a.m.

To be honest, some of our athletes are not morning folks, but a special thanks goes to the parents who were alarm clocks helping their athletes get up and to the buses on time.

Also during the year the athletes consumed over 75 pizzas, 150 submarine sandwiches and over 100 gallons of water, sport drinks and sodas.

The year also blessed us with $4,075 from the community of Pahrump, which was donated during our fundraising efforts.

Special Olympics would like to thank everyone who was involved and helped in Pahrump Special Olympics as our athletes send a thank you with at least a zillion smiles, hugs and knuckle bumps.

Steve Cabrales, the director of the torch run in Nevada, says the run started in Southern Nevada on May 16 and ran from Hoover Dam into Henderson and then Las Vegas.

He said just this leg involved about 100 law enforcement personnel. On May 17 it came to Nye County and made its way north.

Finally, it arrived at the games on May 30 at the University of Nevada, Reno’s Mackay Stadium.