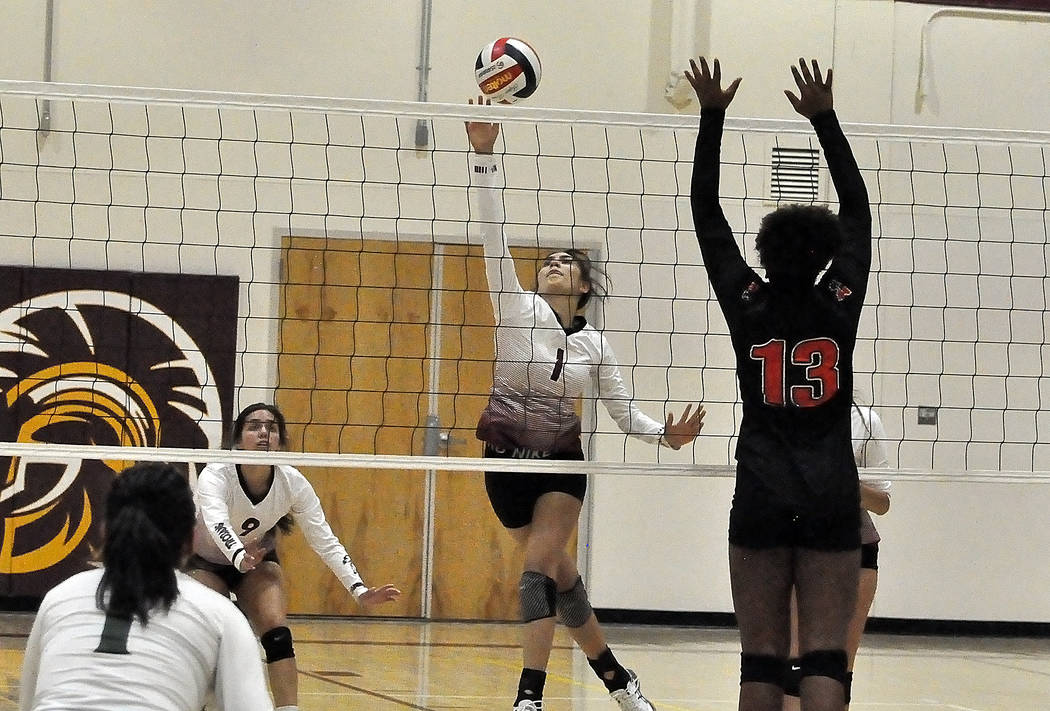 The win keeps the Trojans hot on the heels of Mojave in the league. Pahrump Valley improved to 4-1 in the Sunset with the victory, while Mojave is 4-0 after sweeping Western on Wednesday night.

The Trojans will compete this weekend in the Boulder City Invitational, a 20-team event. Top seeds for pool play include Boulder City, Basic, Silverado and SLAM Academy. The field also includes such notable teams as The Meadows, 6-0 in the Class 2A Southern League; Pahranagat Valley, the defending Class 1A state champion; and Mojave and Western from the Sunset League.

The Trojans are in the same pool as Silverado, which they will play at 8:40 p.m. in their final match today. Before then, they will have faced Somerset Academy Sky Pointe, Liberty Baptist and Valley. The tournament concludes Saturday.

The Rosemary Clarke Middle School football team scored its first points of the season Saturday but fell 32-6 to the Las Vegas Elite Wildcats at Durango High School in Las Vegas.

The first of two days of youth football in Pahrump will see the Sharks take on the Junior Raiders at 2 p.m. Saturday at Trojan Field.

Pahrump other Nevada Youth Sports football teams will be in action Saturday, with the 11U team following the Sharks at 4 p.m. The Trojans fell to 1-2 with a 34-0 loss Saturday to the Desert Oasis Junior Diamondbacks. Pahrump’s 7U squad will play at 12:15 p.m. Saturday. Those Trojans lost 35-0 to the Junior Diamondbacks last week and are 0-3 on the year.