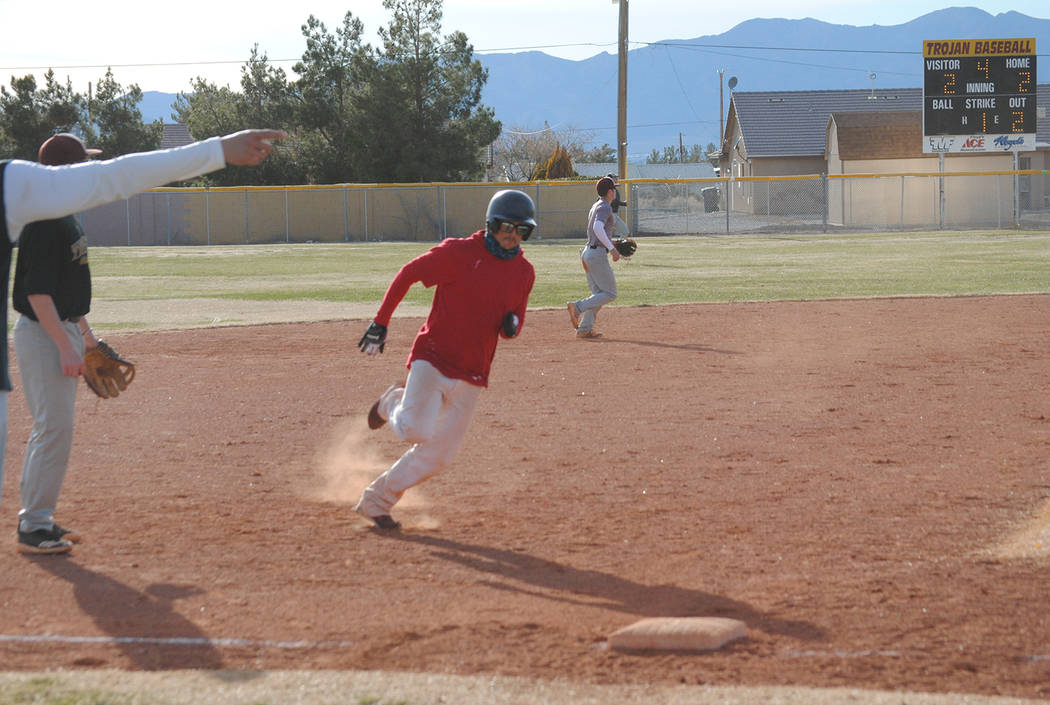 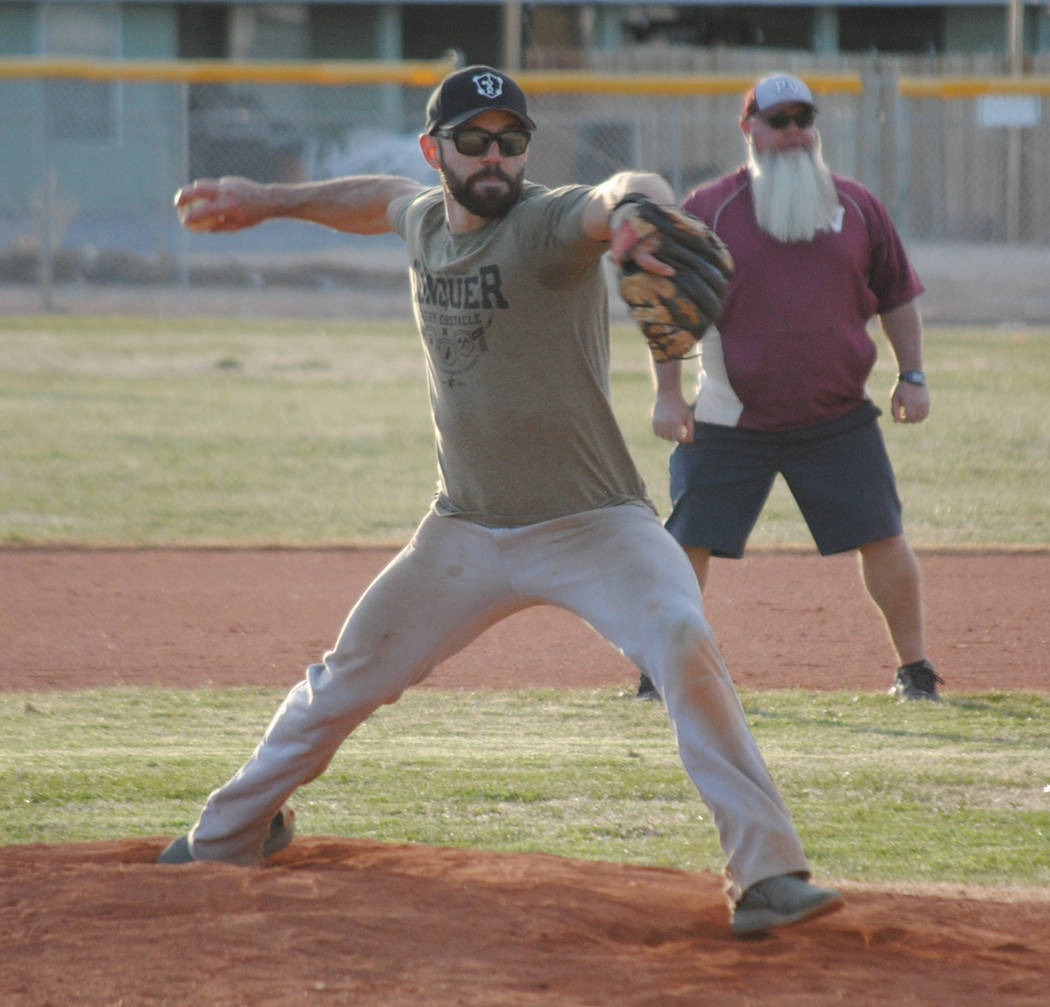 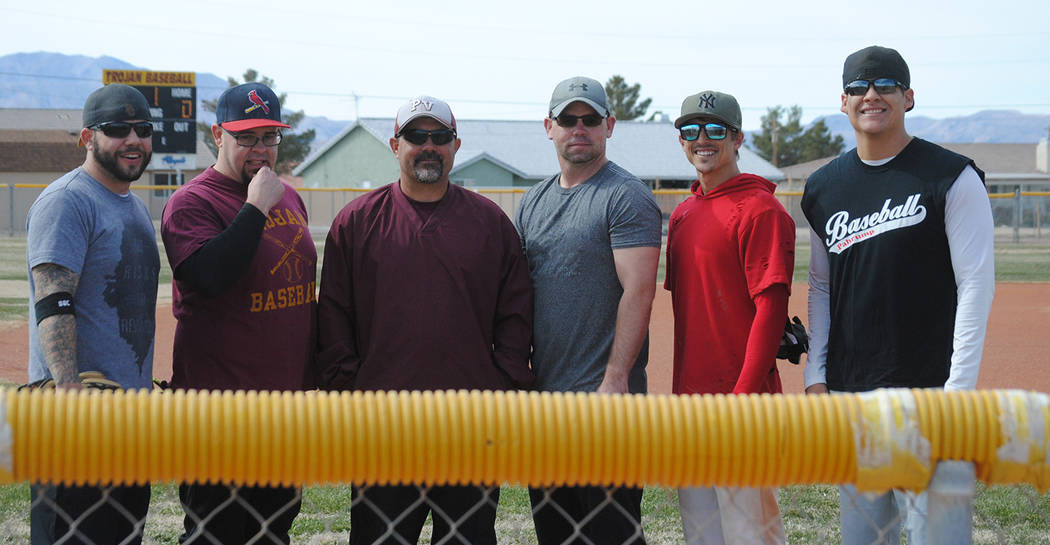 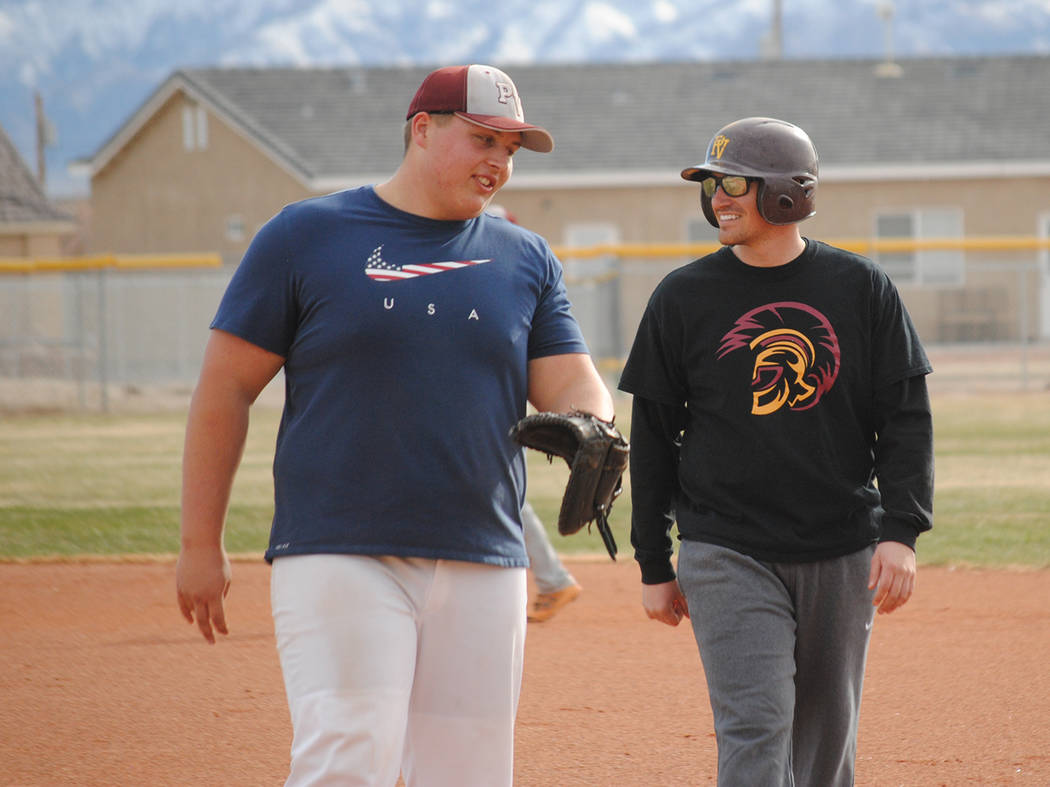 Featuring a home run derby and an exhibition game, the day attracted former Trojans from as far as Florida, giving credence to Pahrump Valley coach Brian Hayes’ belief that there is value in the bond among generations of players.

“More than anything, we are trying to get our younger guys to realize that baseball is more than just a game,” Hayes said. “There are more important things that happen in this game than the game itself: the times they get to spend with their teammates, the trust that is built, the appreciation for the men who paved the way for them and the opportunity to put others (the alumni) before themselves.”

Much like last year, the Class of 2008 was the best represented, with Daniel Miller, Ethan Wald, Brandon Uyeno, John McHugh and Cody Nielsen taking the field. Also like last year, a late-inning rally lifted the Alumni Trojans to a victory, as a four-run sixth inning forged an 8-7 victory.

The Wagner family, which had three players in last year’s event, had a fourth this time around, as Nick Wagner ‘02 came out from Florida to join his brothers Iggy ‘00, Matt ‘98 and Ray ‘96. The younger Wagner made the most of his chance to play after that trip, as he was the only alumnus to drive in two runs during the exhibition.

Also coming from out of state to play on their high school field were Dax Duesing ‘07 from California, Carlos Rivera ‘15 from Arizona and Tyrell Smith ‘07 from Colorado. Two of the alumni players are also former coaches: Rich Lauver ‘93 and Urbano Sanchez ‘02. Lauver is currently a volunteer assistant softball coach for the Trojans, working with his wife, head softball coach Cassondra Lauver.

“The game had a great turnout,” he said. “We are thinking next year of turning it into an alumni weekend. Possibly having an alumni vs. alumni game on Friday or Sunday and giving these “old guys” an opportunity to have more time to connect and relive old memories.

“Several players flew out, and we would love to make it more worth their while rather than just playing a few innings.”

Smith was one of the hitting stars for the alumni, going 2-for-2 with a double and scoring a run. Iggy Wagner also went 2-for-2, ripping a triple and driving in a run. Wagner also defended his title in the home run derby, needing only two to take the crown. While 19 current and former Trojans participated in the derby, aside from the winner only Nielsen, Matt Wagner, Urbano Sanchez ‘02 and current senior Tyler Floyd managed to hit one.

Also driving in runs for the alumni were Eddie Gonzalez ‘15, Kaucky, James Munger ‘11 and Chad Uyeno ‘14. Kaucky and Munger hit doubles, while Ethan Wald ‘08 and Aaron Pike ‘12 each had a hit.

Current Trojans Zach Trieb, Willie Lucas and Jalen Denton joined Floyd in the home run derby, and Hayes hopes all of his current players can get something out of the event.

“We are hoping that our current players enjoy it,” the seventh-year Trojans coach said. “I’m sure some guys look at it as an obligation. We are trying to build it to a ‘wanting-to-be-there’ event.

“We are hoping that the more and more we do this, the more our kids will realize that this is one of the most important events of our season. It was our opportunity to give back and let the “old guys” get back together and build even more memories.”

New memories will be made soon, as the two-time defending Sunset League champion Trojans, who made their first state tournament appearance in 11 years last season, open the 2019 baseball season Thursday against Holbrook, Arizona, in the first of five games they will play over three days at the Route 66 Tournament in Mohave Valley, Arizona.