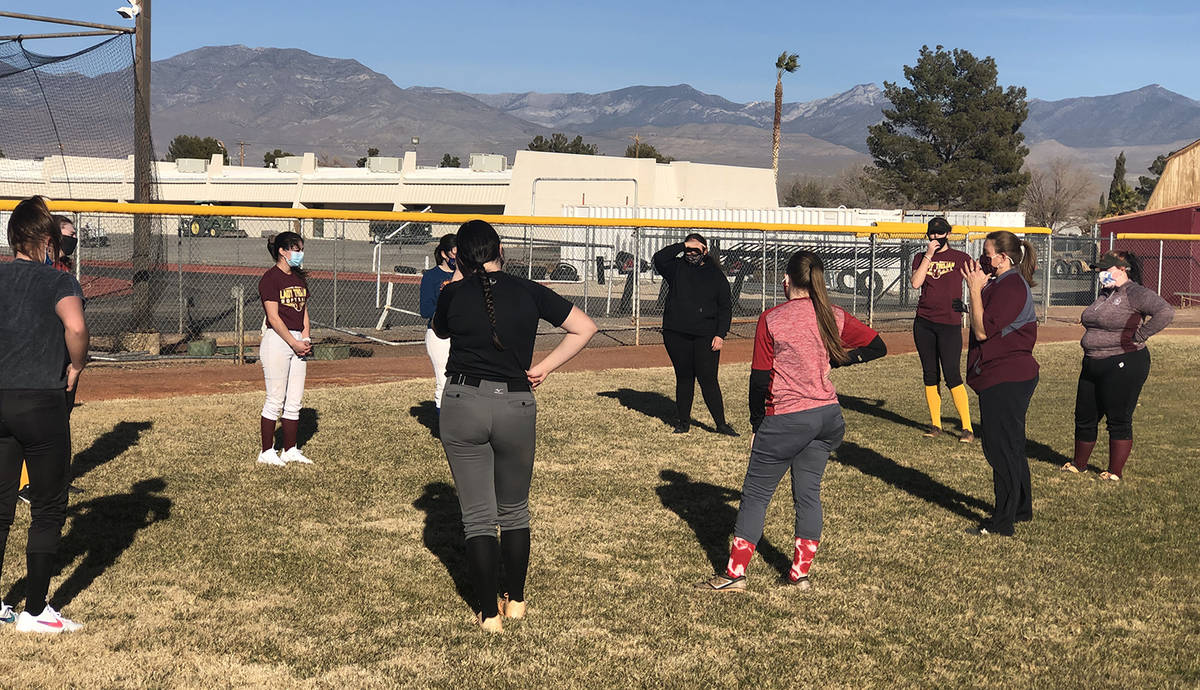 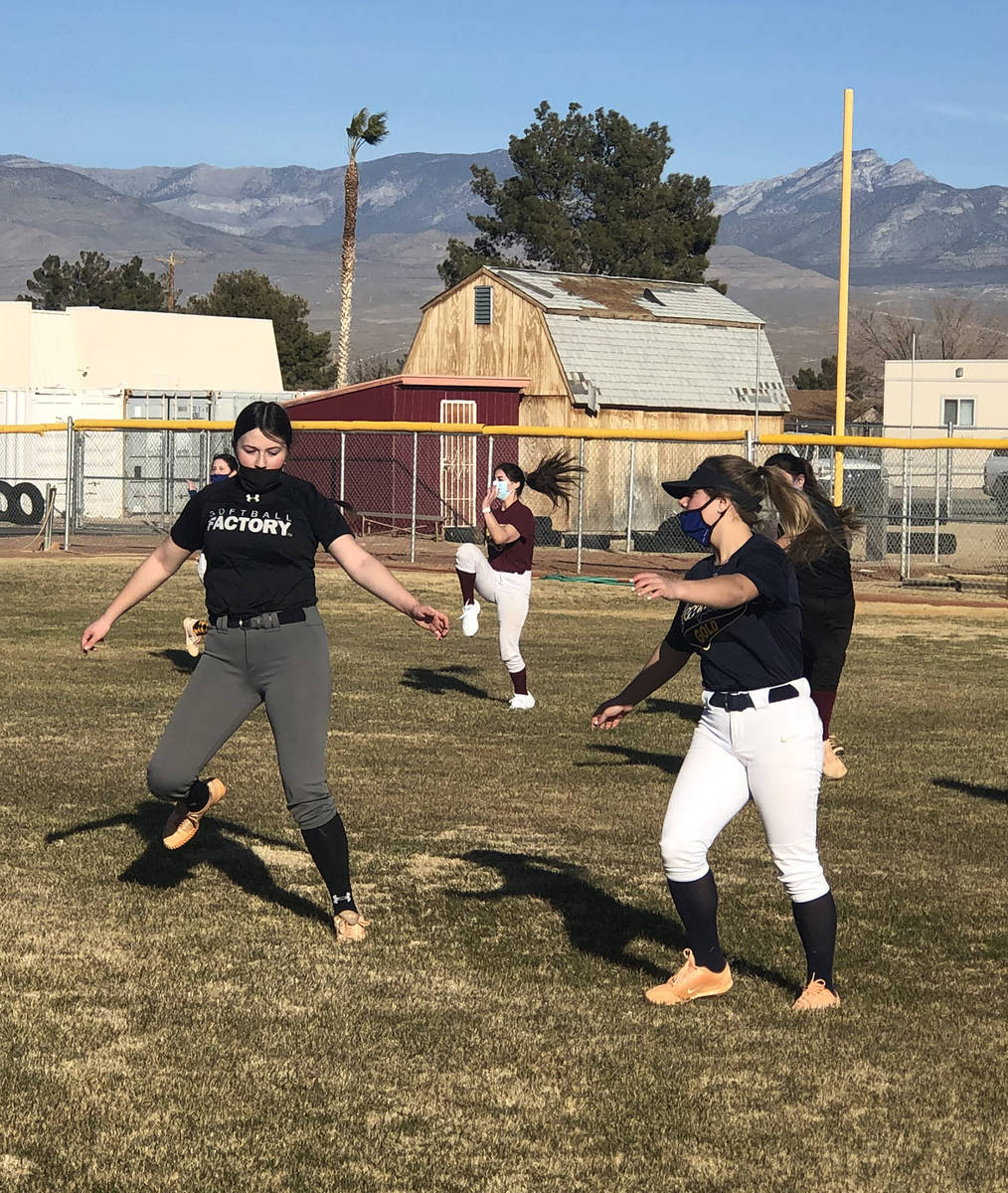 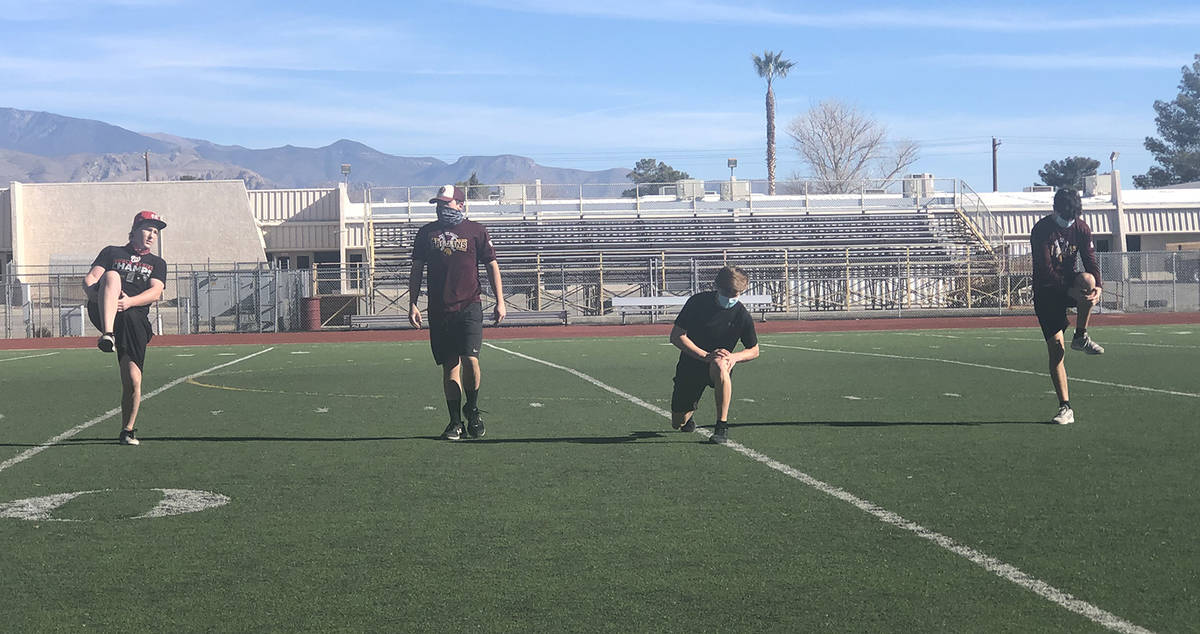 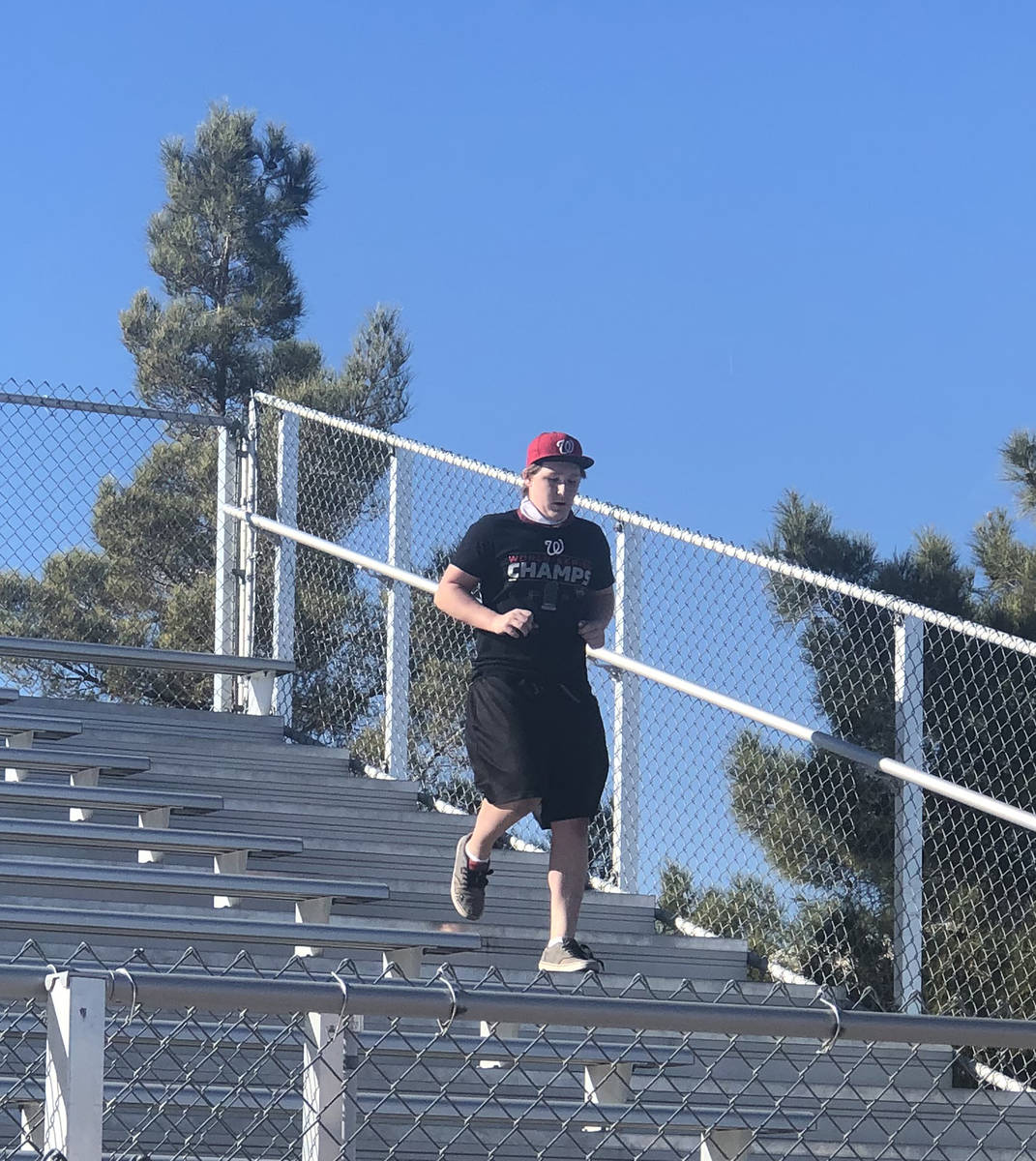 The Nevada Interscholastic Activities Association has made no major pronouncements about spring sports since it released the modified calendar that pushed the start of the season back to April 16, with the first practice April 3.

None of the spring sports are considered full/close-contact sports, and all are expected to have close to a normal season, shortened to six weeks. But, like the other seasons, there will be no state tournaments this spring, and region tournaments are up to the discretion of schools in each region.

For athletes whose season ended abruptly last year, missing out on postseason play in back-to-back years is an unpleasant prospect. It also means Pahrump Valley High School will spend several springs as defending Class 3A softball champions without having to defend that title.

But, like the other Trojans teams, they would just as soon play the games.

“I think we’re really devastated that we aren’t able to have our normal season back, but just to have the go-ahead to be able to come out on the field and be active and participate in something, we’re thankful for that,” softball coach Cassondra Lauver said during what amounts to a pre-preseason workout at Floyd Field. “We’re getting the girls back on the field, work on conditioning … just get them back here and be active.”

Some of her seniors have stayed active since they last put on a varsity softball uniform.

“I think there are a few girls who have been working on club activities,” Lauver said. “If they’re doing stuff out on their own, awesome for them, but I haven’t been worrying about keeping track of them.”

“It feels like so long ago,” senior Kalea Whitney said of her last varsity game. “I keep active at work, and I’ve been going to open gym for volleyball.”

“I have been playing on a Vegas soccer team, and I was playing on a club softball team, so I was keeping very active,” classmate Ally Rily said. “And I run on my own. I actually really, really love running. I will run if I’m bored. I really like it.”

Rily spent time running on a chilly Thursday morning, carrying her softball equipment out after one session before returning for soccer practice in the afternoon. Many PVHS athletes play more than one sport, but they are not used to having practices or conditioning going on in multiple sports at the same time.

There’s a consequence of the pandemic only the athletes and their parents see. And nobody needs added stress.

“I’m always stressed out because it’s my senior season, and I want a last season,” Rily said. “But I definitely think we’ll have a season, but in soccer I don’t really know who we would play.”

That question became more relevant a week later, when the Clark County School District canceled the fall season. But spring is still on, as of now, and the interest level remains strong.

“I have a good number on Register My Athlete,” Lauver said. “I think there were 36 girls last time I checked. Everything’s very dependent on what’s going to happen.”

Some baseball players seem unconcerned about who they will be playing, which makes some sense as the Trojans coaches found opportunities to play during the fall.

“It was insanely big, especially since they missed an entire (varsity) season,” assistant baseball coach Drew Middleton said of playing fall ball. “To get almost 20 games in this fall was huge, especially for our young guys. Our older guys definitely know how to play baseball, but our younger guys haven’t played much baseball together. To get at least two tournaments in was pretty big.”

And if that meant traveling to Henderson or out of state to play the game, so be it, and the players are ready to adapt should theCCSD do with spring sports what it has done with winter and fall sports.

For now, non-mandatory conditioning sessions are on the menu, as players split their time between on-field drills and weights indoors.

“We can get in the weight room and get bigger, faster, stronger, make us better as a team,” Middleton said. “Throw harder, run faster, simple stuff like that. Conditioning is a huge part of what we do.”

And the players get that.

“We had the spring off, the summer off, to get back in the fall was a good start, and what we’re doing right now is going to help us a lot,” Braithwaite said.

And whatever the schedule, they expect to play well.

“We’ve got to play as hard as we can with the games that we have and play as well as we can in the games we get to play in,” Metscher said. “We want to make the games count.”