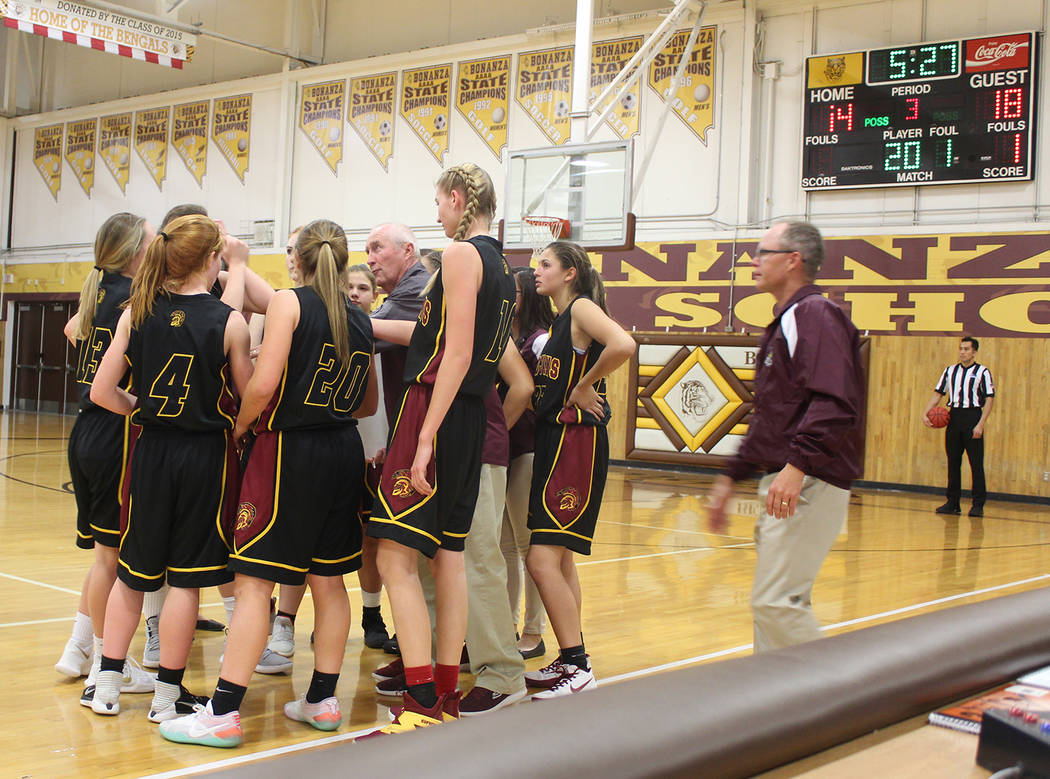 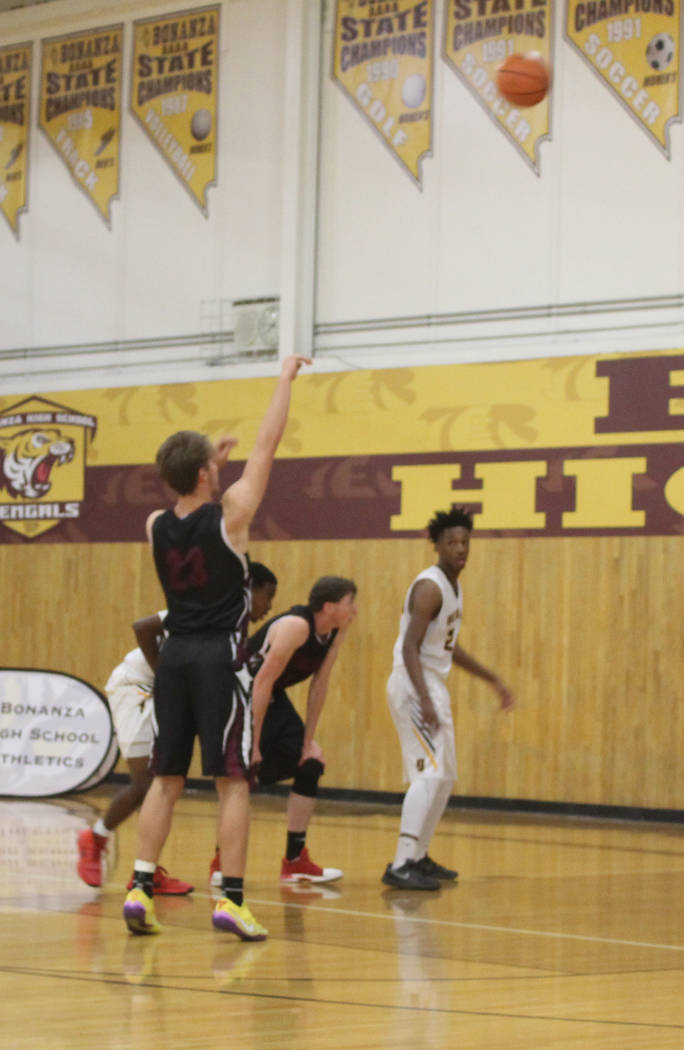 The Pahrump Valley High School basketball teams had a rough go on their first trip of the season to Las Vegas, with a late rally falling short for the girls in a 38-34 defeat and the boys never really being in the game in a 78-36 rout Tuesday night at Bonanza High School.

Early in the third quarter, the girls had to be feeling pretty good about themselves. After a dreadful first quarter that ended with the Bengals holding a 5-3 lead, the Trojans came out with a spark during the second.

Kate Daffer scored six points as Pahrump Valley outscored Bonanza 13-7 in the period, and when Sam Runnion hit a layup ahead of the field a little more than a minute into the third, the visitors had an 18-12 lead.

Then the wheels came off. The Bengals started trapping. Turnovers were turned into points, and when the Trojans broke the press the result was usually a missed layup or a bad pass. That six-point lead morphed into a 32-20 deficit.

“We shot horribly,” Pahrump Valley coach Bob Hopkins said. “I don’t know what else you can say when you’re 4 for 18 from the free-throw line and miss about 20 layups.”

But the Trojans had a rally in them, and it was a team effort. Five players scored during the fourth quarter, and when Tayla Wombaker scored after a steal in the backcourt, the Bengals’ lead was just 33-31 with 35 seconds left.

“That was the bright spot,” Hopkins noted.

But Bonanza scored two quick baskets to secure the victory.

“You’re always disappointed when you lose, but it’s preseason, so hopefully we’ll learn from this and get better,” Hopkins said.

Daffer led the Trojans with 10 points, but the 34 points were shared by eight players. By contrast, just four players scored for the Bengals, with Macyn Raleigh netting 14, Isaira Diaz 12 and Aaliyah Booker 11.

While it was the opening game for the Trojans, it was the fifth for the Bengals, who are 4-2 after a Wednesday night win over Mountain View Christian. And the Trojans don’t have the roster Hopkins anticipated, although the veteran coach is not one to dabble in excuses.

“Jackie’s (Stobbe) hurt, Kylie Stritenberger isn’t ready to play yet, and Skyler Lauver decided not to play,” he said. “It is what it is. We’ll play with what we’ve got.”

Hopkins praised the defensive play of Maddie Souza, Makayla Gent and Wombaker during the fourth quarter.

“There at the end I think we had four sophomores and one junior on the court, and we looked pretty good.”

Meanwhile, the outcome of the boys game never was in doubt, although the Trojans did manage a couple of fourth-quarter highlights.

The Bengals scored the game’s first 16 points and led 27-4 after the first quarter. When the lead grew to 40-6 just after the midway point of the second quarter, Bonanza coach Dan Savage pulled all five of his starters and sent in five players off the bench. The Trojans put together their best stretch of the game, outscoring the Bengals 18-7 over the rest of the period.

While that was their most successful stretch, the Trojans played hard throughout the one-sided contest, which is important to coach Dan Clift.

“That’s what we pride ourselves on,” he said. “When we come in here and play a team like this, that’s something we can do, where sometimes making shots and not turning the ball over and all those other things associated with basketball, we’re going to struggle with those. But we’re not going to struggle with playing hard.”

A Brayden Severt layup to open the second half made it 47-26, but that was as close as the Trojans would get the rest of the way. But even as the game headed toward a running clock, the Trojans added a couple of plays worthy of a highlight film.

First, Severt, who led the Trojans with 13 points, put in a dunk that fired up the Trojans bench with five minutes left in the game.

“They want to celebrate that dunk, but they need to know we’re down 30,” said Clift, noting the dunk made the score 69-33. “We need that, we need some excitement, but they also have to know the moment. And they’re pretty good with that. But it was good to see Brayden have that. He’s just an athlete.”

On the very next play, at the other end of the court, Bonanza’s 6-foot-8 senior center, Kadin Warner, went up for a routine jumper near the top of the key. But Pahrump Valley junior Grant Odegard, all 5-foot-11 of him, blocked the shot from behind just after it left Warner’s hands.

“This is the third year Grant has played basketball for me,” Clift said. “That kid is tough as nails. He plays his heart out. He’s always on the floor, he’s always reaching for the ball, he’s always doing everything he can to help us. I have a lot of respect for how he plays.”

Ethan Whittle scored eight points for the Trojans, while Odegard and Garrett Ward each netted five.