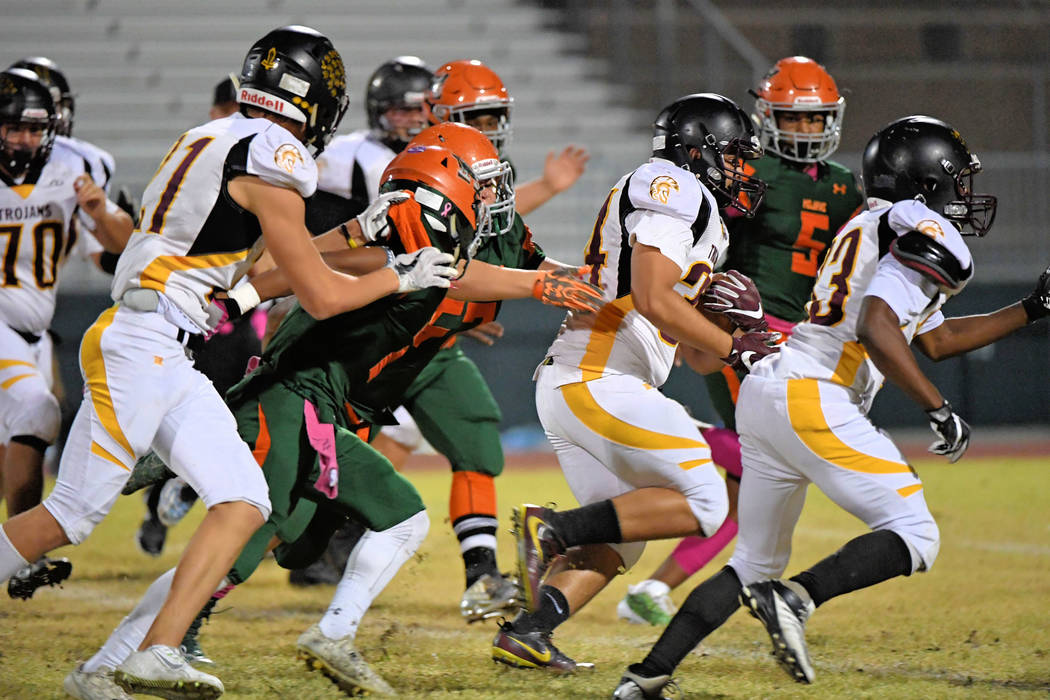 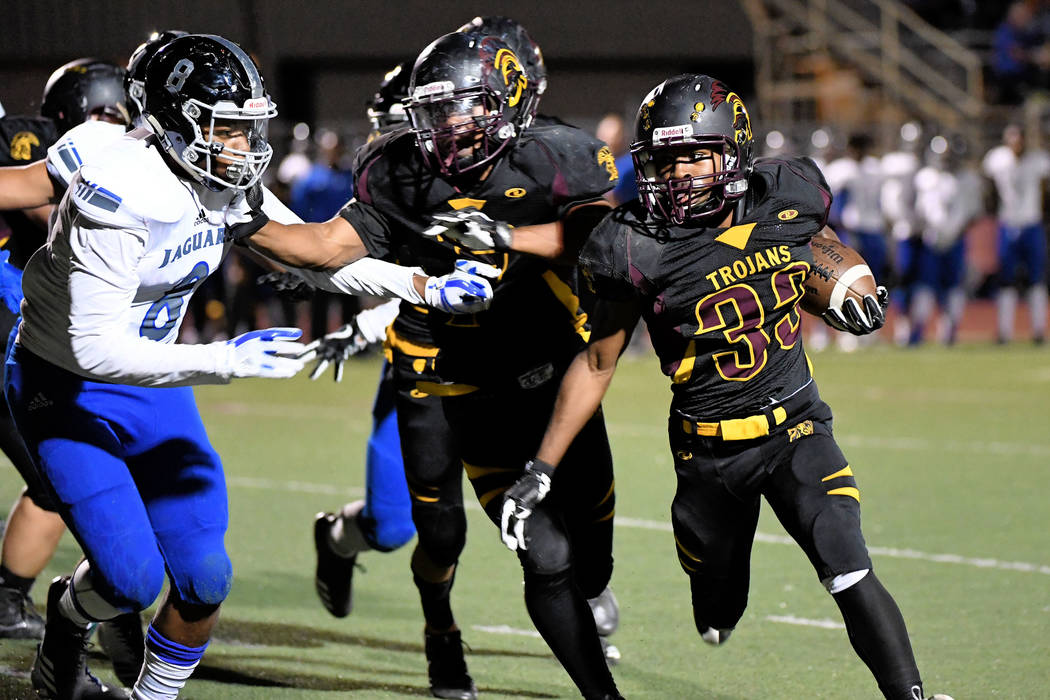 Clayton was not exaggerating. Nico Velazquez shredded the Buckaroos for 257 yards on 20 carries, Casey Flennory rambled for 147 yards on 17 carries, and each scored two touchdowns as the Trojans racked up 445 yards rushing.

And, despite all that offense and roaring to a 32-13 lead, they lost.

Lowry turned four Pahrump Valley turnovers into points, including one near midfield with 1 minute, 10 seconds left that the Buckaroos parlayed into the winning score with 26 seconds left, to post a 41-40 victory over the Trojans.

“You’ll lose 90 percent of your games coughing it up four times,” Clayton said Monday. “We coughed it up late, that’s what gave them the late TD, and that’s what lost the game for us.”

How perfect were the Trojans on offense? Quarterback Tyler Floyd, who rushed for 39 yards and Pahrump Valley’s other touchdown, completed the only pass he threw, a 5-yarder to Dylan Grossell on a third-and-8 play on the Trojans’ first drive of the game. They didn’t attempt another pass as they scored five touchdowns and successfully completed five 2-point conversions, three by Flennory and one each by Velazquez and Floyd, in totaling 450 yards of offense.

“My staff has never had that many yards,” Clayton said. “I’m willing to bet that’s the most we’ve ever had in a game.”

Floyd scored the Trojans’ last touchdown, a 4-yard run with 2:46 left in the third quarter. But the Buckaroos scored the only points in the fourth, with two touchdown passes from Brendan Domire to Preston Snow in the final 2:32, capping the comeback.

Clayton said the turnovers were about more than losing possession.

“It wasn’t just the turnovers themselves, it was how the momentum changed. Not only could a couple of those drives been scores for us, but they scored after every turnover. That’s a 12-point turnaround on each turnover.”

The extra possessions put extra pressure on a defense that might have been fatigued toward the end.

“Because of how thin we are, we had 20 boys actively suited up for that game, and they had 40-plus,” Clayton said. “We’re trying to get them to understand how important it is to finish because we’re probably going to be a little bit more tired than everybody else will be toward the end with those numbers.”

Pahrump Valley will try to get in the win column Friday night when Virgin Valley makes the trip for the Trojans’ home opener at 7 p.m.