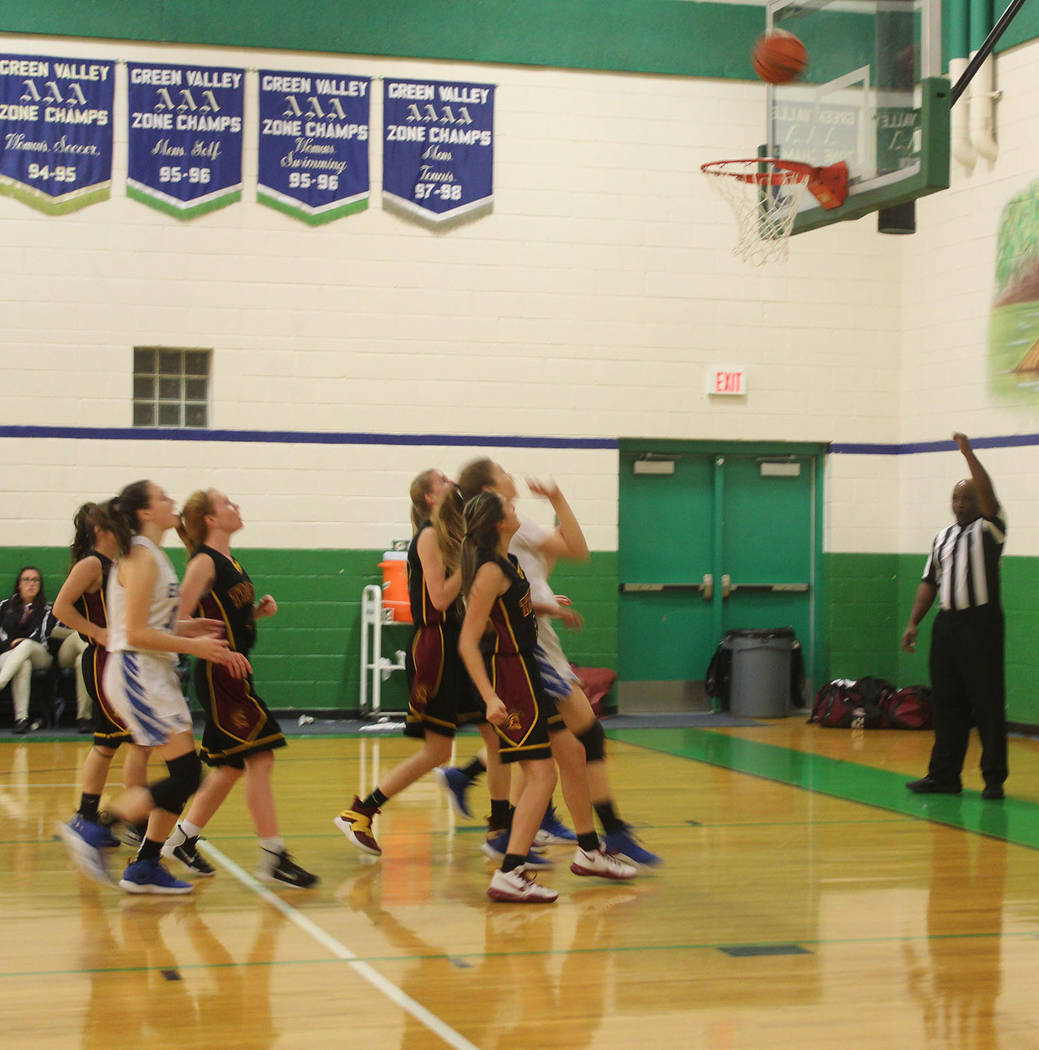 Tom Rysinski/Pahrump Valley Times All eyes watch the ball bounce off the rim as the referee calls a foul during Pahrump Valley's game against Santa Margarita, California, on Wednesday at Green Valley High School in Henderson. 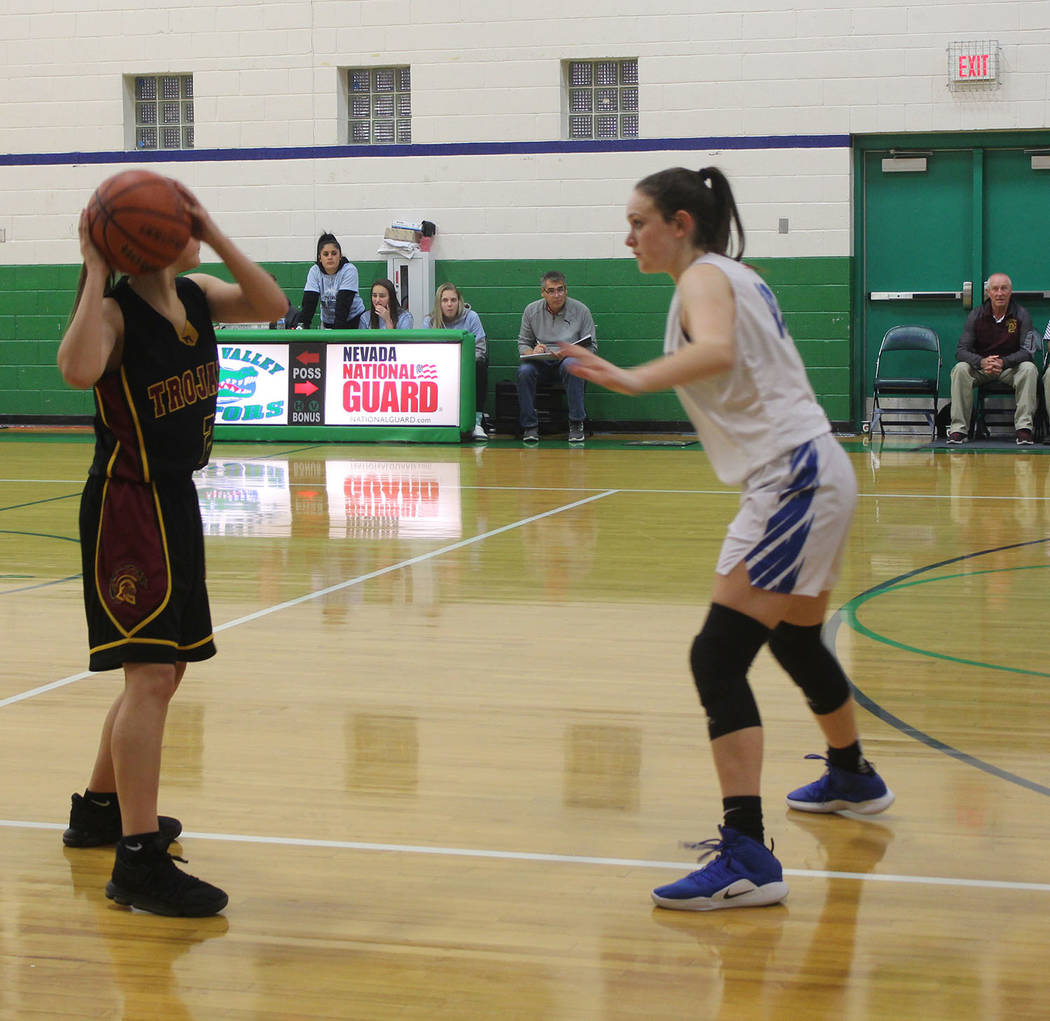 Tom Rysinski/Pahrump Valley Times Pahrump Valley's Tayla Wombaker looks for an open teammate to pass to during the Trojans' loss to Santa Margarita, California, in their opening game of the Gator Winter Classic on Wednesday in Henderson.

Bob Hopkins is hardly a shrinking violet. The Pahrump Valley girls basketball coach is usually a bundle of energy on the sidelines, making sure his players know exactly what he wants done and giving everyone within earshot a basketball education in the process.

But after a while Wednesday night, there just wasn’t anything to say.

California’s Santa Margarita jumped out to leads of 13-2, 24-4 and 46-6 and cruised home to a 65-18 victory over the Trojans in the Gator Winter Classic at Green Valley High School in Henderson.

The Trojans simply had no answer for Eagles junior center Jocelyn Ewell, who was a vacuum on the offensive boards and exhibited a soft touch on putbacks to the tune of 14 points despite playing roughly half of the first three quarters. The bulky 6-foot-2 Ewell provided the Eagles with second and third chances on offense, scoring all of her points during the first half.

And Ewell wasn’t even the Eagles’ top scorer. That honor belonged to sophomore guard Helena Friend, who tallied 20 points, mostly on layups off of Santa Margarita’s effective press. The Trojans had trouble throughout the first half getting the ball into the frontcourt, and the Eagles seemed to be in the passing lanes more often than not when they did break the press.

The 18 points were the lowest output of the season for the Trojans, whose previous low was 22 against a Canadian team in the River Valley Invitational in Arizona. A Kylie Stritenberger turnaround bank shot a minute into the second quarter accounted for their only points of the period, and they were held to 4 points in each of the first and third quarters.

Jackie Stobbe got Pahrump Valley off to a good start, taking a nice pass and hitting a layup in the opening minute for a 2-2 tie. But the Trojans would not score again until Madelyn Souza’s baseline shot made it 13-4 at the 3:45 mark, and it just got uglier for the Trojans after that.

Perhaps the only bright spot for Pahrump Valley was fight. The Trojans put together their only back-to-back baskets of the game early in the fourth quarter while trailing 59-10 with a running clock in play. Any good feeling from that quickly evaporated as the Eagles scored the next six points before Samantha Runnion ended the scoring on a bank shot in the closing minutes. 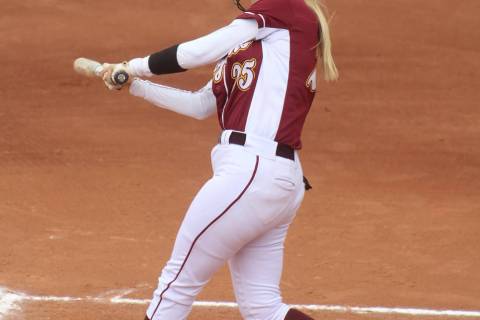 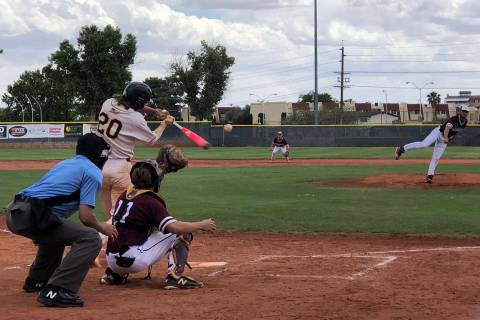 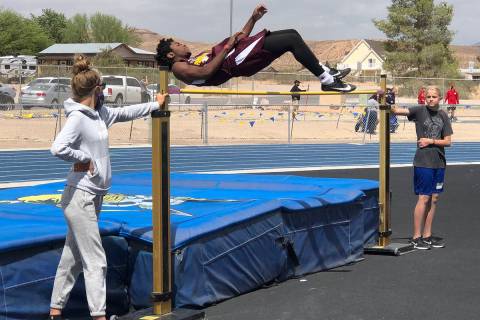