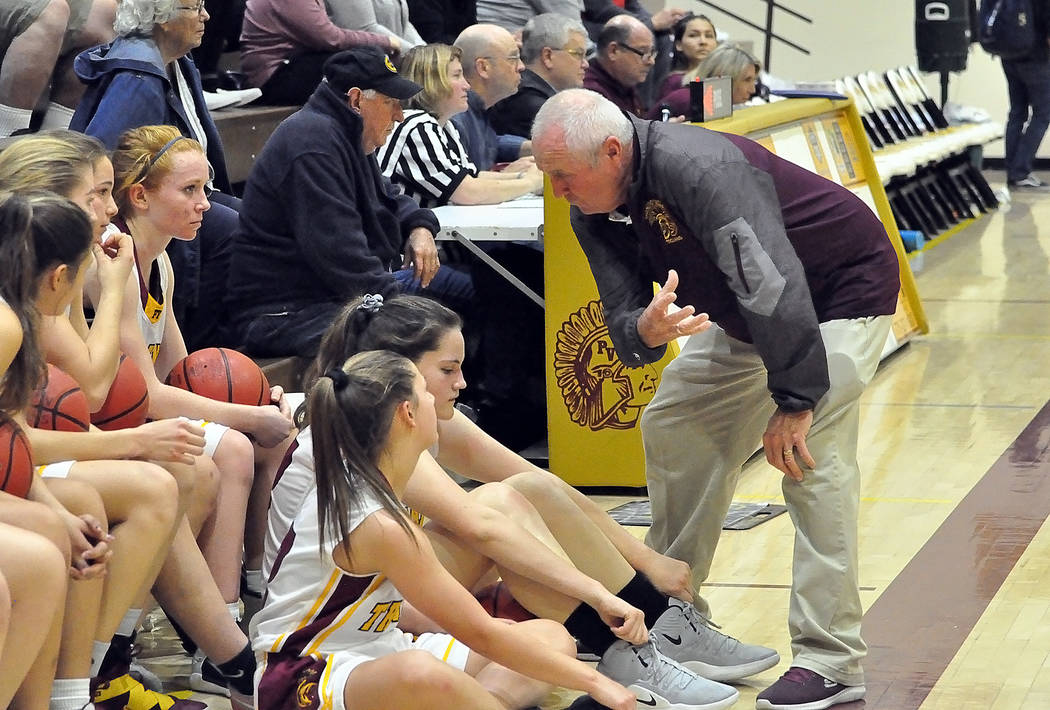 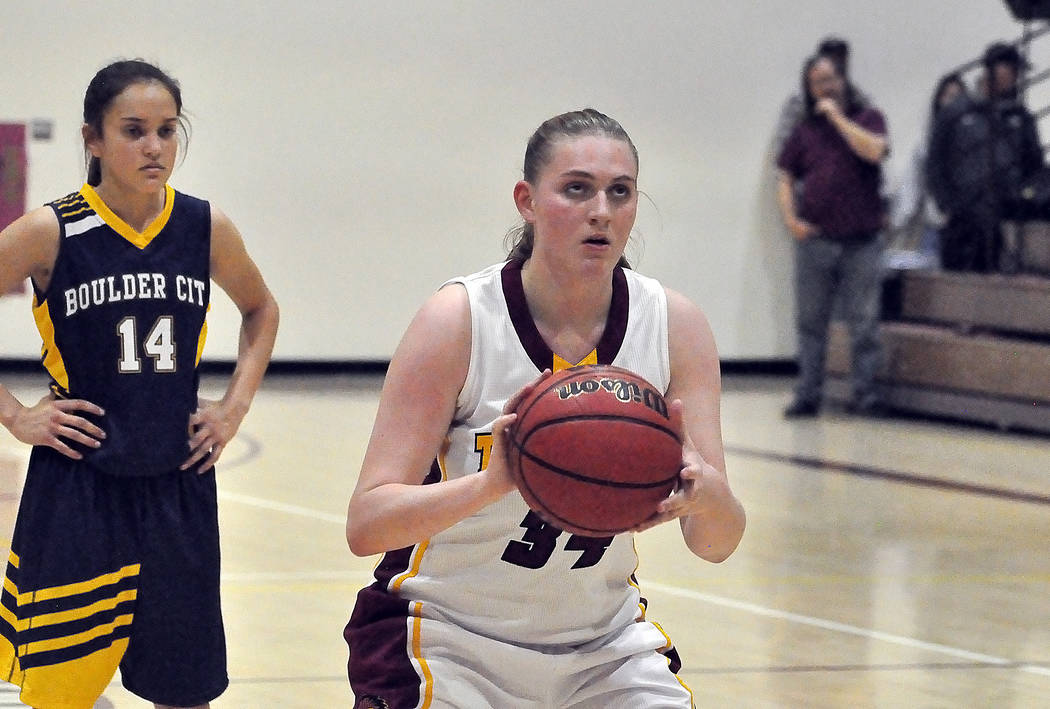 The victory moved the Trojans into a first-place tie in the Class 3A Sunset League with Mojave. Each team is 4-0 in the league, and the first of two meetings between the teams will be Tuesday in Pahrump.

Pahrump Valley broke open a tight game during the third quarter, turning a 22-19 halftime lead into a 36-25 bulge. Five players scored for the Trojans during the period, with Sam Runnion and Jackie Stobbe each netting four.

Daffer scored 8 of her points during the second quarter for the Trojans (15-11), who will have several days off before their first-place showdown with the Rattlers.

While the girls were moving into a tie for first, the Pahrump Valley boys were falling into last place by themselves. The Trojans, who again played without senior forward Chance Farnsworth, entered the game tied with Western at 0-3 in the Sunset, but the Warriors moved ahead of them with a convincing 57-25 victory.

The teams played it close for the first half of the first quarter, and when senior Ethan Whittle hit a 3-pointer from the corner the game was tied at 7-7. But the Warriors outscored the Trojans 11-2 the rest of the way in the period to take an 18-9 lead.

The second quarter was more of the same, but things didn’t turn really ugly for the Trojans (4-13) until the third quarter. Already leading 33-18, the Warriors scored the first 9 points of the second half in just 1 minute, 35 seconds. After Brayden Severt ended the run with a turnaround bank shot to make it 46-20, the Warriors scored 8 of the next 9 points to force a running clock.

The Warriors froze the ball during the fourth quarter, and after Severt hit two free throws with 4:35 to go, the Warriors didn’t take another shot.

The loss sends the Trojans to 0-4 in the Sunset, while the Warriors improved to 1-3 in league and 3-13 overall.

Severt and Whittle each scored 8 points for the Trojans, who will be back in action Tuesday against Mojave (12-6, 3-1 Sunset) at home.