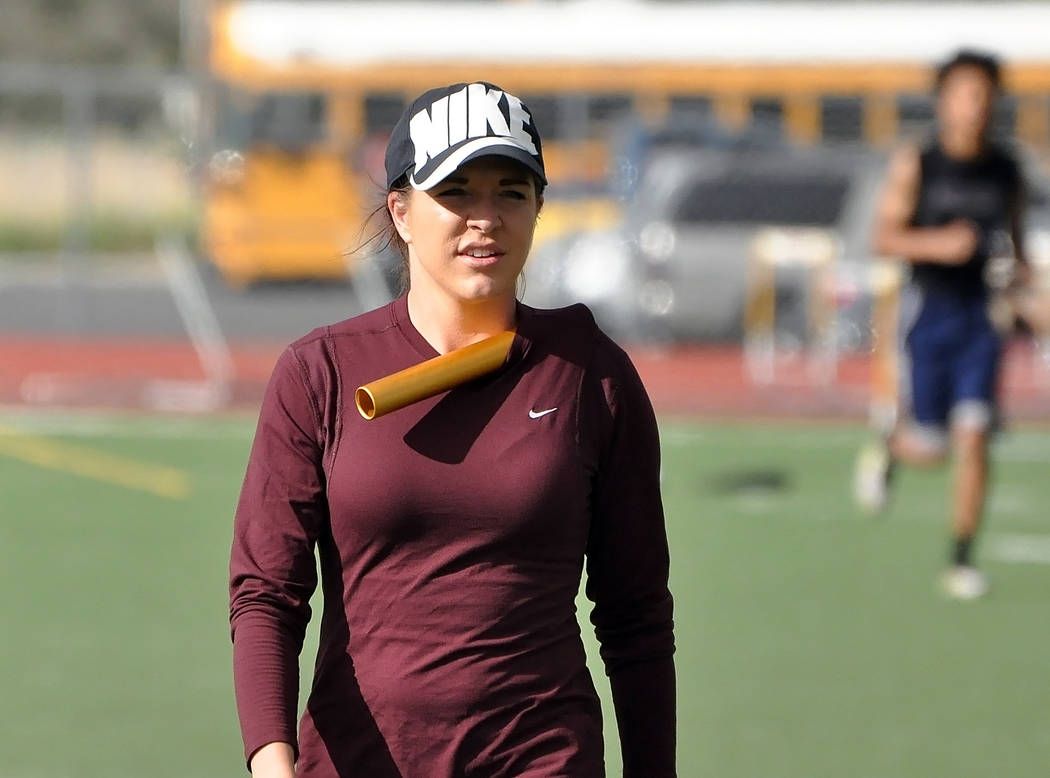 Horace Langford Jr. / Pahrump Valley Times Trojans track coach McKenzie Dean during a recent practice. She was the Trojans girls first individual state champion in cross-country and in track she had the following individual state titles:2008-800, 1600 and 3200); 2007-3200; 2006-3200. 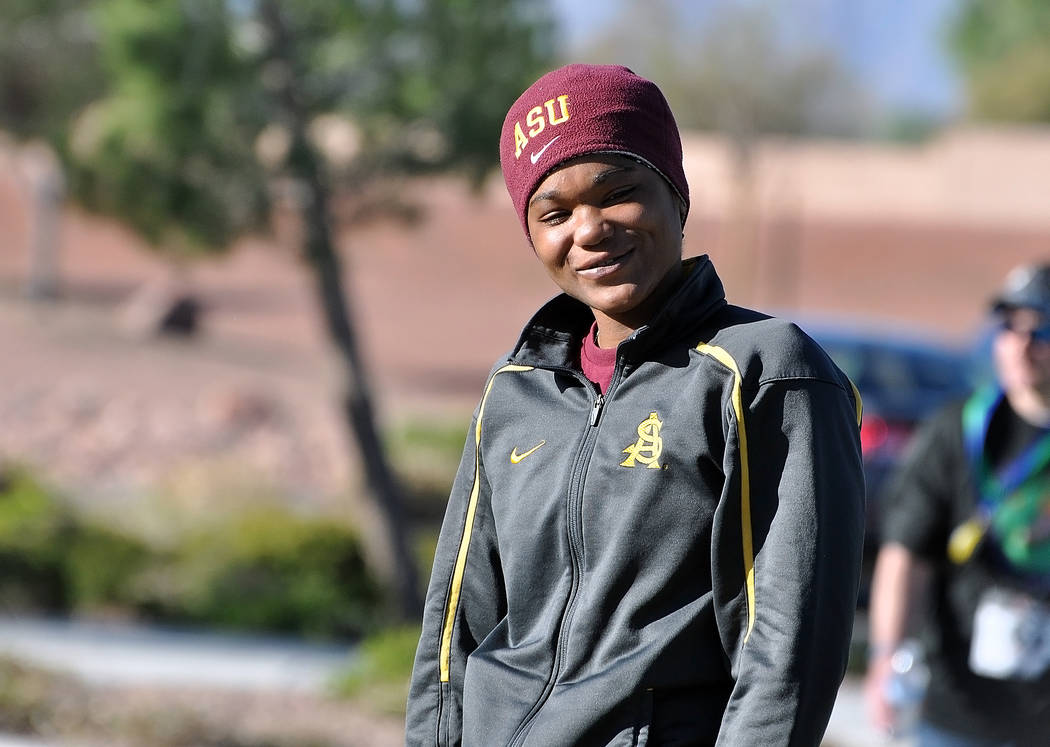 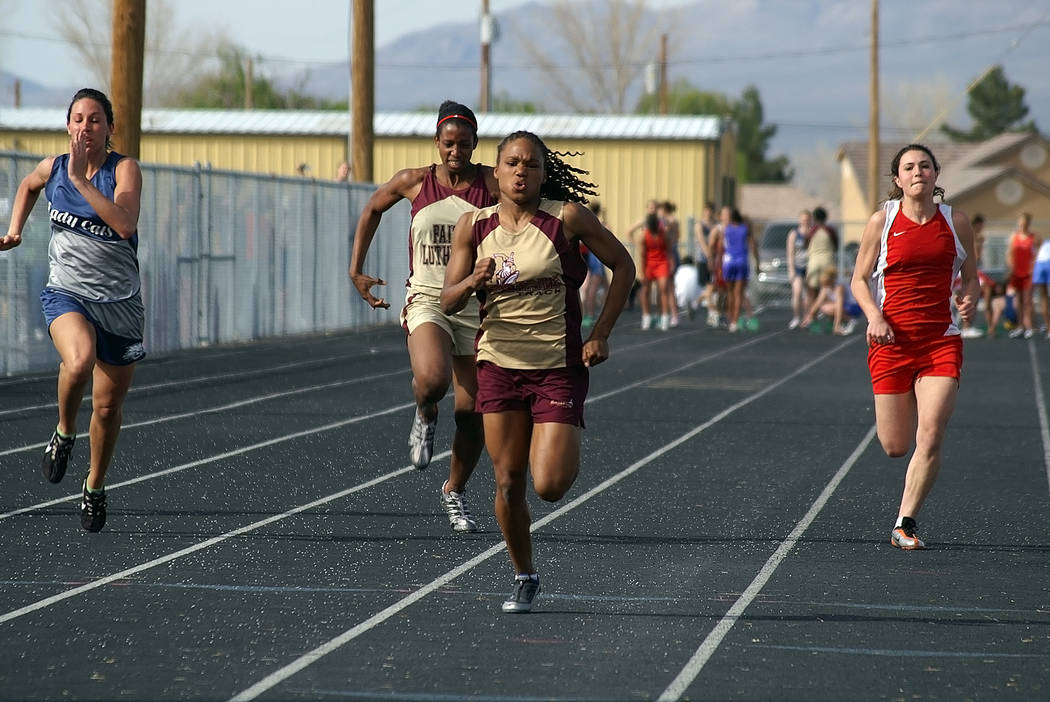 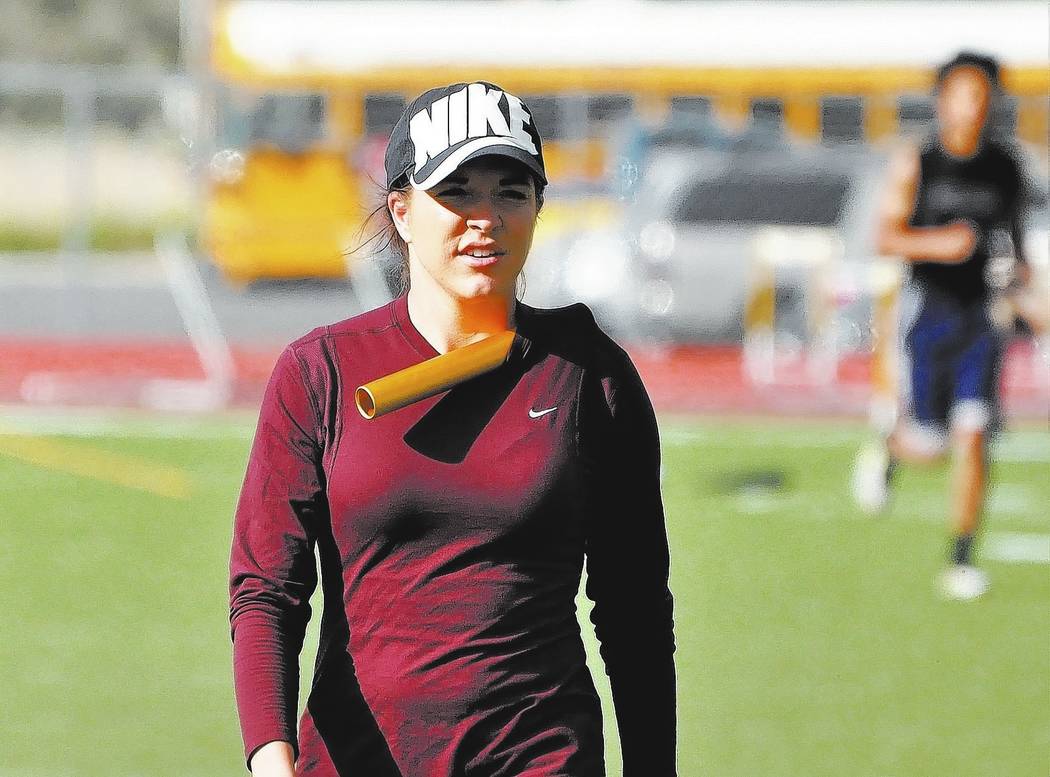 The Pahrump Valley High School track team is set to honor the girls 2007 state championship track team at the last home meet of the season on Thursday.

Trojans athletic administrator Jason Odegard was the head track coach at the time and he recalled what made the team so special.

“The 2007 girls team that we took to state was very small (only ninegirls), but they were all very good athletes,” Odegard said. “The key to winning was scoring points in most of the events. We scored points in the sprints, distance, throws, hurdles, and long and triple jump. They were a unique group in that they were all at the top of their events.”

He said that win at state was a surprise because the girls didn’t even win the regional meet that year.

Trojans coach Craig Rieger said it was his first year coaching track that year and he said the team just had it covered.

“We had McKenzie Dean in distance and Dominique Maloy in sprints,” he said. “We had two relay teams that didn’t have Maloy in them that placed very high. We also had throwers, Ashley Rencher and Alexis Abou-Halaka. My gosh, there wasn’t a lot of them, but those girls were efficient in many events and holy cow, they performed at the state meet.”

Thursday’s event is open to the public. It is planned for the high school track at 3:30 p.m.

In 2007, the late sports editor of the Pahrump Valley Times, Don McDermott, described the state championship as follows:

“What a weekend, the Pahrump Valley girls, led by the incomparable Dominique Maloy and eight teammates who wouldn’t back off a challenge, won the Class 3A State Track and Field title, knocking off adversaries, Spring Creek and Boulder City.”

Trojans current head coach, McKenzie Dean was a distance runner for the Trojans. She said the former women athletes are flying in from across the country to attend the event.