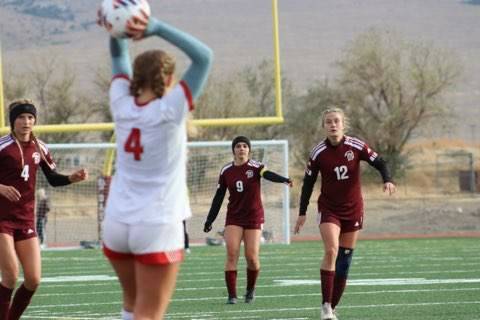 Special to Pahrump Valley Times The Trojans defense awaits a throw-in by a Truckee player during their Nevada 3A state tournament matchup on Friday, Nov. 11. 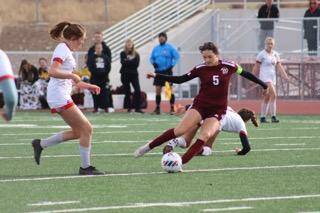 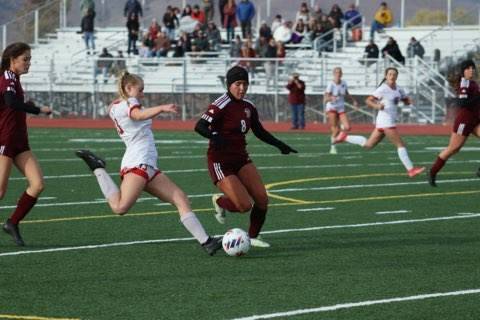 Special to Pahrump Valley Times Junior Paris Coleman defends against an attacking Truckee player during their first-round matchup of the 3A state tournament. 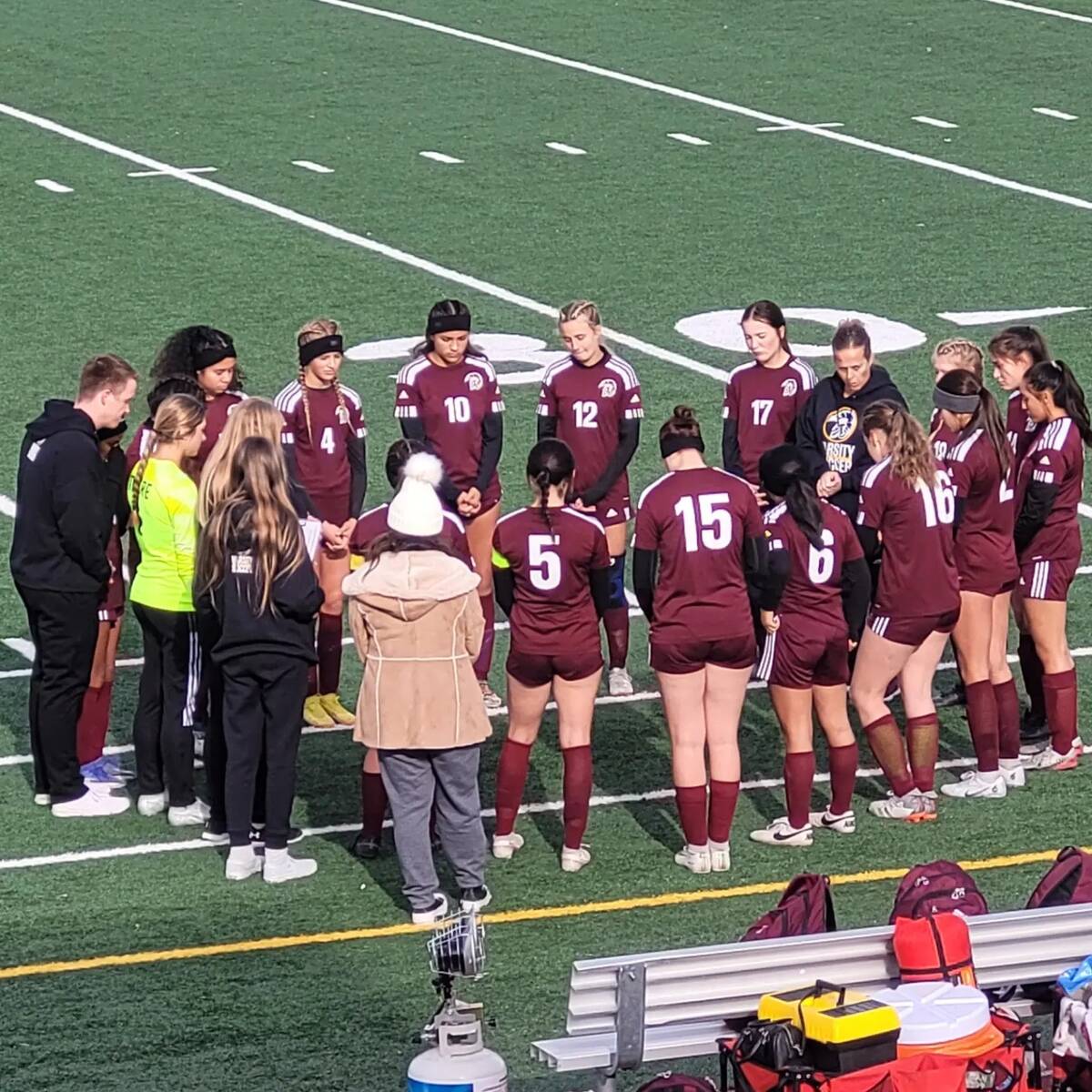 Special to Pahrump Valley Times The Pahrump Valley Trojans took on the Truckee Wolverines in the first round of the Nevada 3A state tournament at Dayton High School on Friday, Nov. 11.

The Pahrump Valley girls soccer team found themselves in unfamiliar territory following their 2-0 loss to the Truckee Wolverines in the first round of the Nevada 3A state soccer tournament.

“They played to the best of their ability,” head coach Julie Carrington said of the team’s effort during their playoff loss. “They gave, seriously, 110 percent.”

The Lady Trojans may have been a little out of their element when they stepped onto the field for their first-round game.

In addition to temperatures being in the 40s, Pahrump Valley was also facing something they haven’t had to deal with all season: altitude.

“The elevation is hard,” Carrington said. “If we could’ve gotten up there earlier, have a couple of more days, I would’ve had time to get them acclimated to that. I think it would have made a difference.”

Pahrump’s loss to the Wolverines was just their second loss of the season and just their third loss over the last two seasons combined.

Both of their other two losses came against Faith Lutheran, who would go on to win the 2022 class 5A state championship.

Pahrump Valley entered the Nevada 3A state soccer tournament as the No. 1 seed from the southern region for the second straight season.

The Trojans knocked off the Virgin Valley Bulldogs with a nail-biting 2-1 win in extra time to get that top seed.

Despite not getting on the scoreboard in the game, Pahrump Valley had numerous chances set up from crosses by senior forward Adryanna Avena.

Avena led the Trojans this season with 54 goals, including six in her four playoff appearances. She also had 14 assists, finishing with a total of 122 points.

She led the 3A class in both categories and shattered her previous marks from the 2021 season.

Carrington had high praise for her defense, led by juniors Grace Miller and Paris Coleman, along with her goalkeeper Avery Moore.

“Grace on the defensive end, catching down the girl multiple times was amazing,” Carrington said. “Paris came in with a phenomenal slide, kicking the ball away and saving a shot on goal. Avery holding down those 10 saves were great too. They all did so well with what we had to work with.”

This Trojans team is going to look a lot different next season. Pahrump Valley has seven graduating seniors, including five who hold starting positions.

While talking to Carrington, she noted that there are some players coming up who she’ll have her eyes on to make the team next season and fill the positions of exiting players.

“We have some JV players that we took up for the tournament,” Carrington said. “They do have skill, they just needed to see where we need to be. They know now why we do what we do.”

Carrington also noted that the juniors on the team started stepping up and stepping into leadership roles on the team, so those players will be looked to next season to keep that up and help their teammates get better.

She’ll have plenty of time to scope out the talent before needing to make any roster decisions next August.