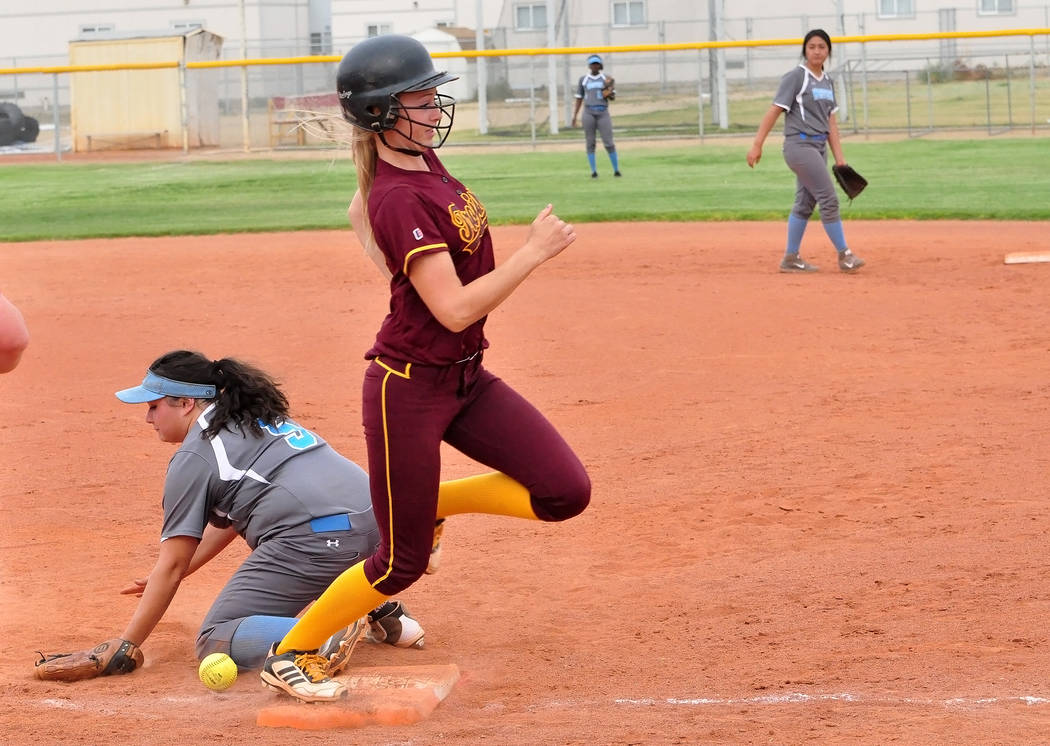 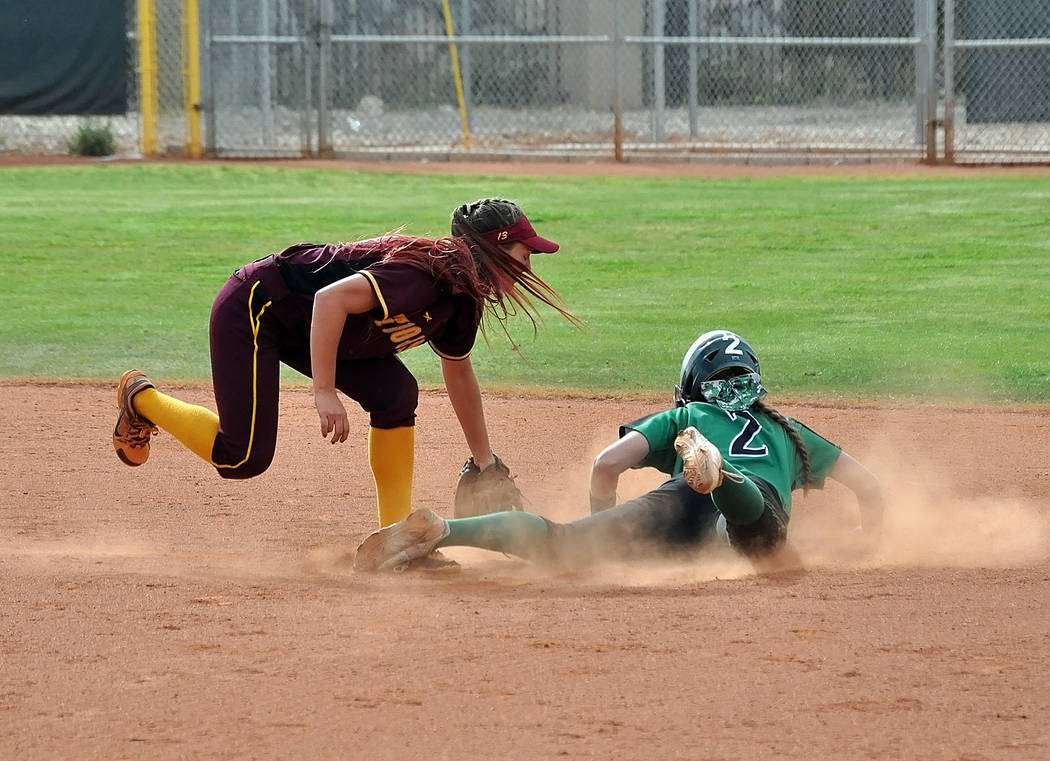 Jessica Pearson was in a position almost every kid who thinks about playing baseball or softball fantasizes about.

The Pahrump Valley softball team was tied with Fernley on Saturday and had the bases loaded in the bottom of the seventh inning.

And that was exactly what was needed.

Pearson put the ball in play toward second base and, despite a drawn-in infield, Skyler Lauver raced home ahead of the throw to score the winning run in the Trojans’ 11-10 victory over the Vaqueros in the Centennial Spring Jamboree at Majestic Park in Las Vegas.

Some of the pressure was taken off because Pahrump Valley had no outs and already had pushed across the tying run thanks to a Lauver single, an intentional walk and a perfect squeeze by Evandy Murphy.

Putting on the squeeze with a force at home can be risky, but Trojans coach Eli Armendariz is increasingly confident in his players.

“Evandy has been bunting the ball very well, and she bunted the ball to the correct side which opened up the lane for the runner to get her foot in there,” Armendariz said.

The key was Lauver’s hard-hit single leading off the inning.

“You want to get that runner to third base, first of all,” Armendariz said. “We were fortunate to get a single. Usually with a single you can score from second base, but they had their outfielders playing really shallow.”

The Trojans trailed 3-0 early, then scored four times in the bottom of the third. Fernley scored three in the fourth and two in the fifth to seize an 8-4 lead, but the Trojans again battled back.

Four consecutive base hits brought in two runs and left runners on first and third for Samantha Riding. It looked like the inning’s first out when Riding bounced back to Kirk, who had just entered the game. But Kirk’s throw sailed well past first base and down the right-field line, scoring Amaya Mendoza and Jackie Stobbe to tie the game and allowing Riding to wind up on third. An RBI grounder by Virginia Weir put the Trojans back on top, 9-8.

“I was really proud of the team because we didn’t give up,” Pearson said. “This game it wasn’t a matter of giving up. It was, you know, we’ve got this.”

Armendariz had a similar take.

“It helps us to know we are capable of beating them,” Pearson said. “It’s just how hard we want it.”