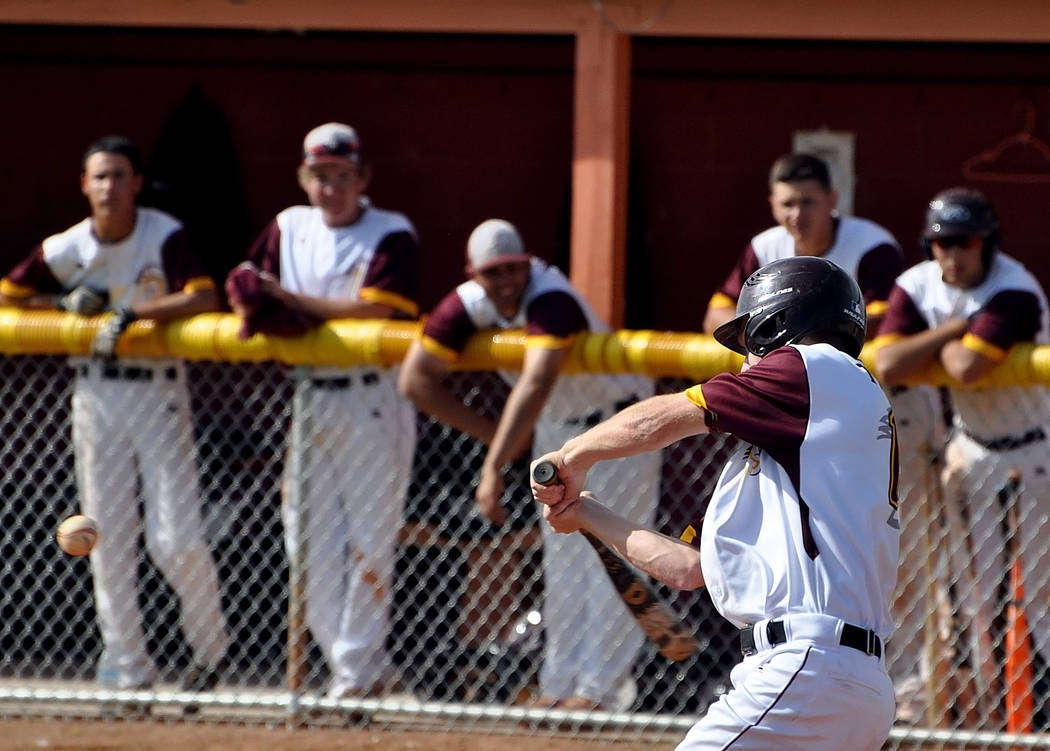 Horace Langford Jr. / Pahrump Valley Times Senior Drew Walker leads off with a hit that causes an error and he gets on base. He scored for the Trojans three times against Cheyenne. 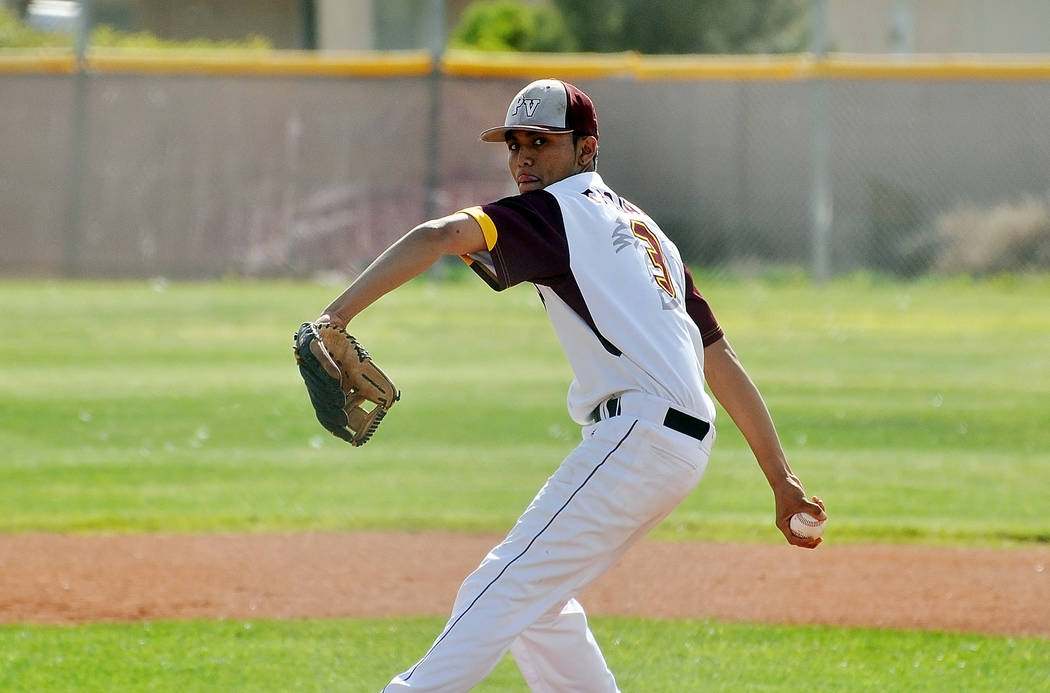 Horace Langford Jr. / Pahrump Valley Times Junior Bradda Costa on the mound for Pahrump struck out six against against the Desert Shields for the win. 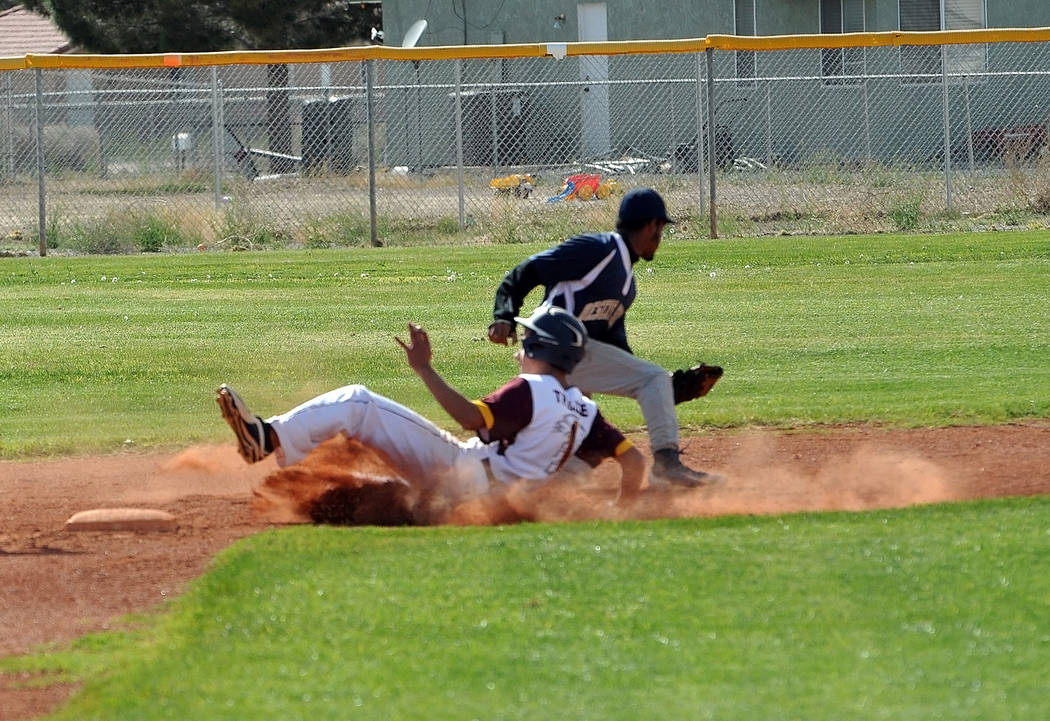 Pahrump got the lead-off runner on in the first and then got three singles in a row to start a 9-run rally against Cheyenne.

The Trojans sent 15 batters to the plate in just the first inning and won the game 14-2 in a home field romp on Wednesday.

Trojans coach Brian Hayes was more than satisfied with the big first inning.

“We did some good things, jumping out to an early lead and then working on our small ball game when we got the big lead,” the coach said.

For those that don’t watch tons of baseball, “small ball” refers to the way a team offensively moves batters on the base pads into scoring position. It entails base stealing and even using bunts to get on base.

Pahrump compiled four doubles in the game, hit by senior Drew Walker, senior John MacDonald, sophomore Willie Lucas and senior Josh Ferrer. Everyone in the lineup got at least one hit.

Hayes feels this year he has a good variety of pitchers to use and despite the big game in hitting on Wednesday, sees hitting as his team’s weakness.

“As far as our pitching goes, we have five or six capable guys who can start or relieve,” he said. “If we can shore up our defense and continue to hit well, we will be in a great spot for playoffs.”

The coach said prior to the Cheyenne game, that he believes his team is the team to beat in the Sunset League.