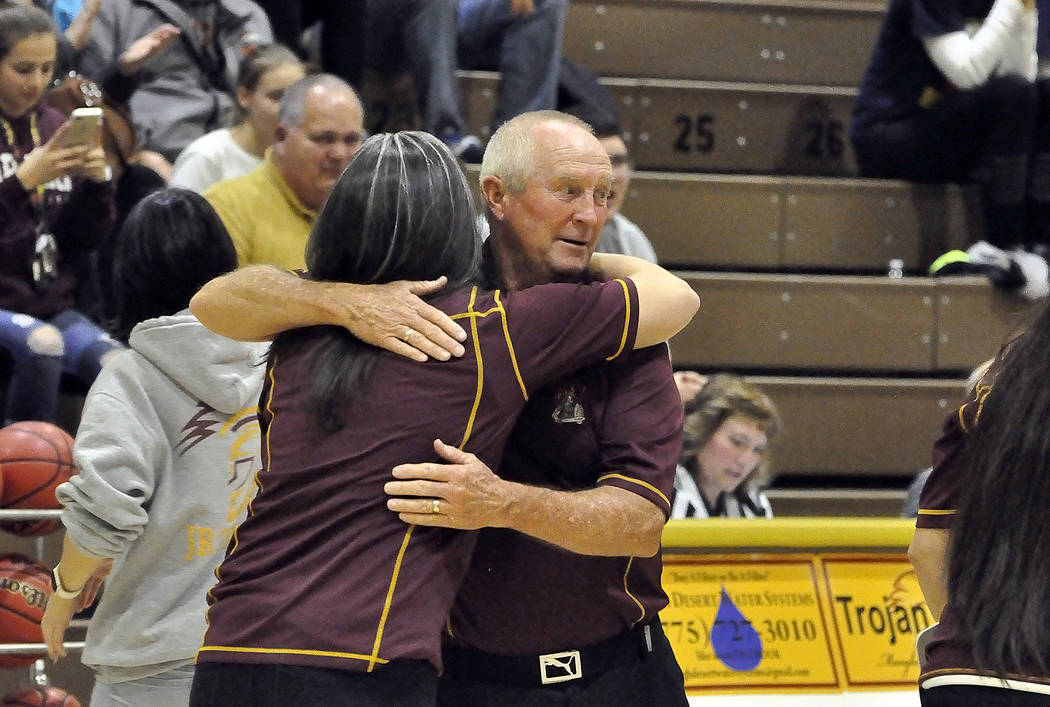 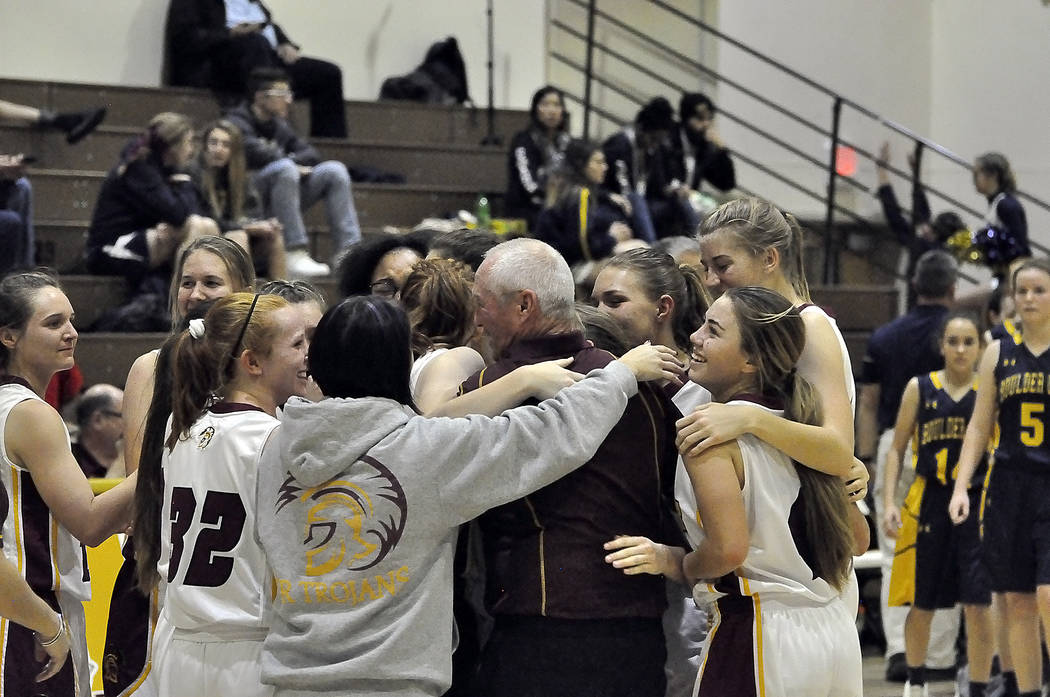 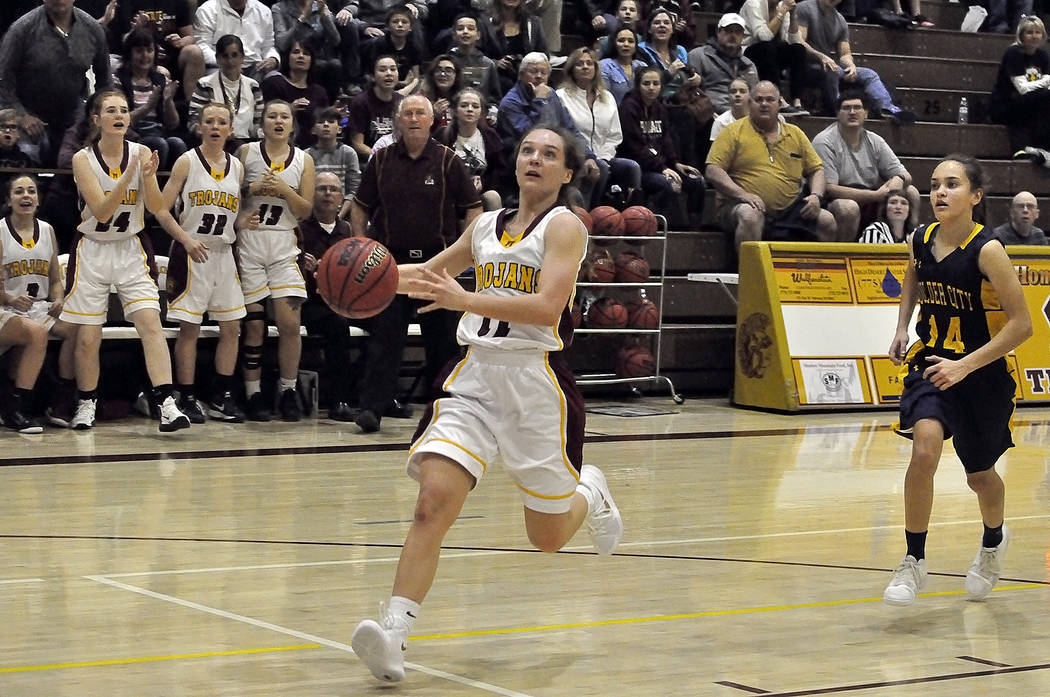 Kylie Stritenberger had 12 points on Monday to lead Pahrump Valley’s girls basketball team to a 26-24 home win over Boulder City in a historic win for Trojans Coach Bob Hopkins.

In 2016, Hopkins returned to the basketball court for Pahrump Valley after an eight-year break.

“I am really excited to return to basketball and feel really good about it,” Hopkins said at the time.

Hopkins was responsible for taking the girls to two state championships in 2004, and 2005, when Pahrump was a Class 3A school. From 2000 to 2008, the Trojans girls team made seven state tournament appearances.

Against Boulder City, the Trojans were held scoreless in the first and third quarters. They outscored Boulder City 11-1 in the second quarter to take an 11-9 halftime lead.

The Eagles scored the only three points of the third quarter to take a 12-11 lead entering the final period.

Also on Tuesday, the Pahrump Valley wrestling team was set to kick off 2018 by hosting its next set of duals against the Cheyenne Desert Shields.

Both the girls and boys basketball teams at Pahrump Valley were set to play on the road Tuesday evening at Sunrise Mountain High School.

Compiled from reports by the Pahrump Valley Times staff, archives, and the Las Vegas Review-Journal