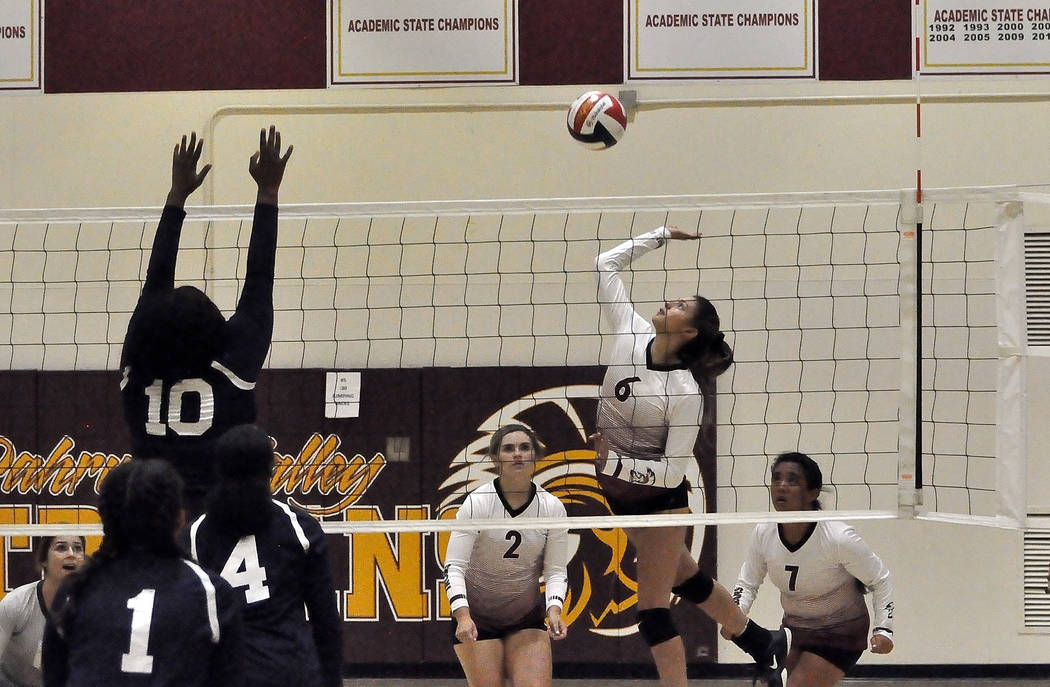 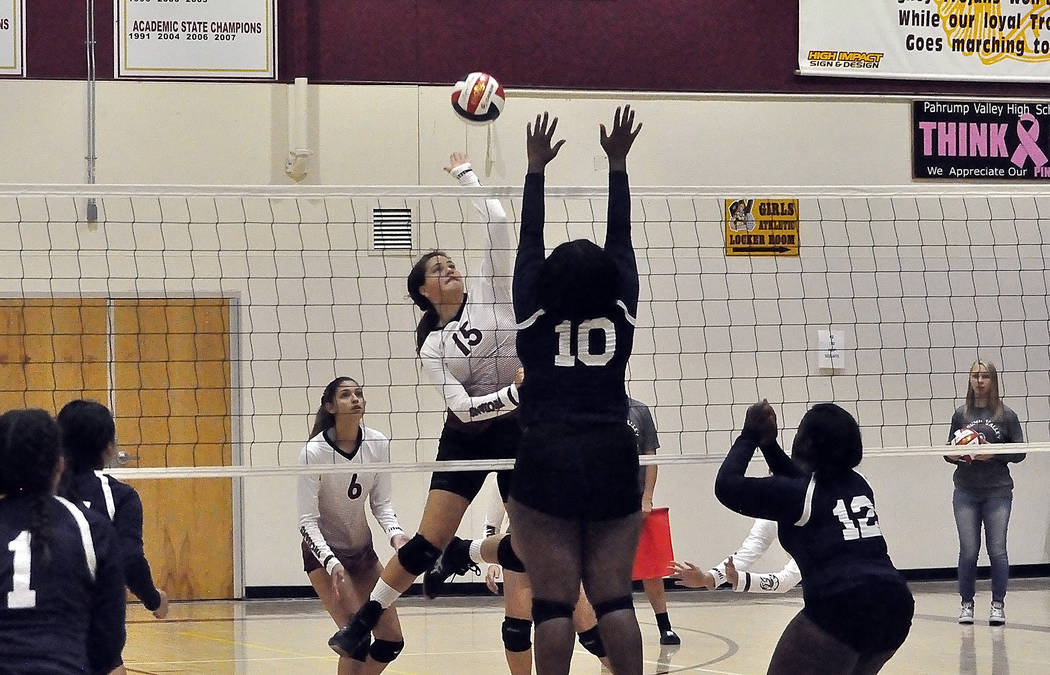 Madison Hansen totaled 20 assists and 3 aces, while Kate Daffer contributed 3 blocks and 3 aces for the Trojans, who faced Mojave on Thursday night and will play again at 6 p.m. Monday at Somerset Losee.

Sophomore Christian Mott’s goal off an assist from Abraham Alvarez with 30 seconds remaining lifted the Trojans to a dramatic 3-2 win over Valley on Tuesday.

Christopher Briscoe and Gonzalo Gonzalez also scored for the Trojans, who rallied from a 2-0 halftime deficit to improve to 6-1 overall, 3-1 in the Sunset League, while handing the Vikings their second loss of the season.

Christopher Vega and Mott also had assists for the Trojans, who hosted Western on Thursday and will visit Adelson at 4 p.m. Monday.

Breanne Nygaard was outstanding again, posting a birdie and 12 pars for a 4-over 76, 4 strokes better than Western’s Carolyn Lemon. Anastassia Furman’s 96 tied for third for the Trojans, while Shania Hopkins (104) finished fifth and Toni Cross-Smith (105) placed sixth.

Another senior, Renaldo Flores, covered the course in 12:06, followed by freshman Vincent Martinez in 12:57.

The Trojans finished with 58 points, 39 behind Clark and 3 points ahead of Sierra Vista.

The Chargers were even more dominant on the girls side, as the top nine runners were from Clark as the hosts defeated Pahrump Valley 15-50.

Tops among the Trojans was 12th-place sophomore Hillary Valencia Vidales with a time of 15:39, with teammates Arianna Hamilton (16:06), Nrsringa Breathwaite (16:06) and Larisa Trasova (16:12) placing 15th through 17th. Junior Juliana Hemphill was two places behind at 16:19.

Next up for the Trojans is the Four Corners Invitational on Saturday in Buffalo Park, Arizona.