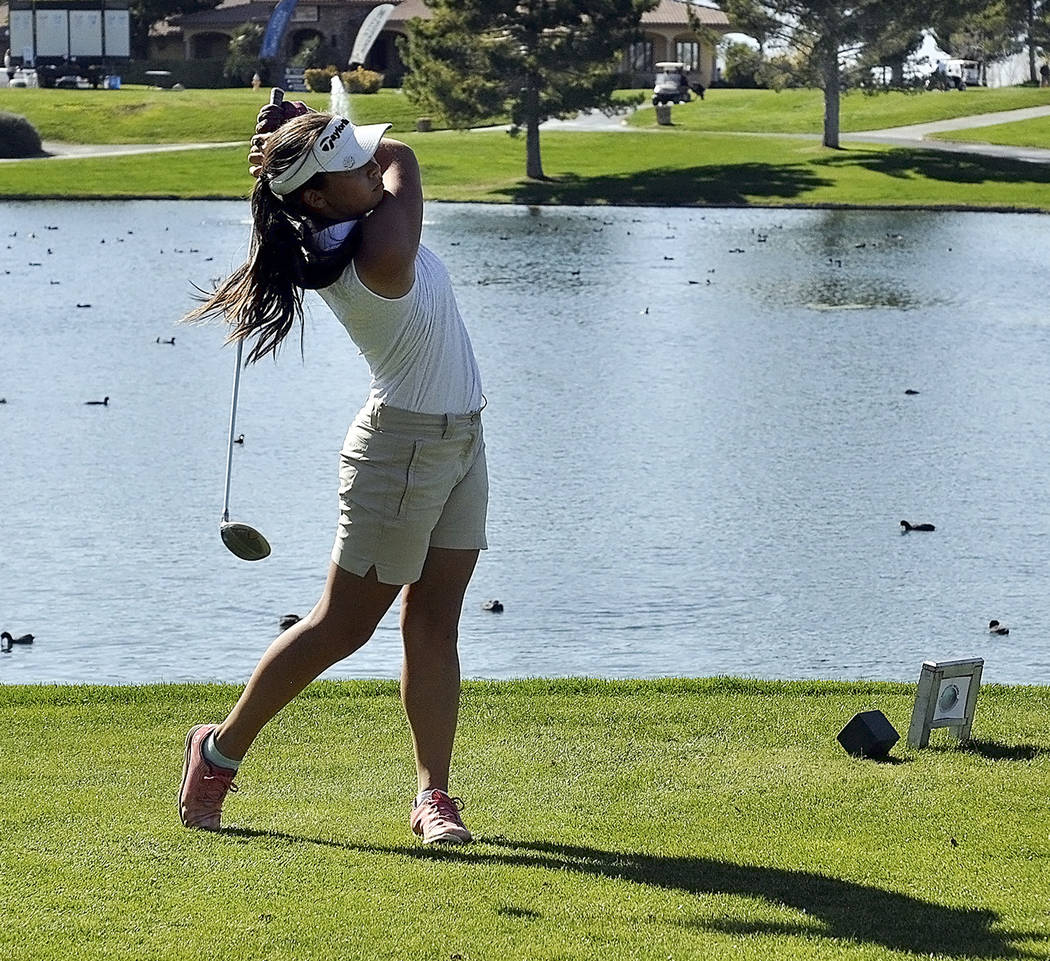 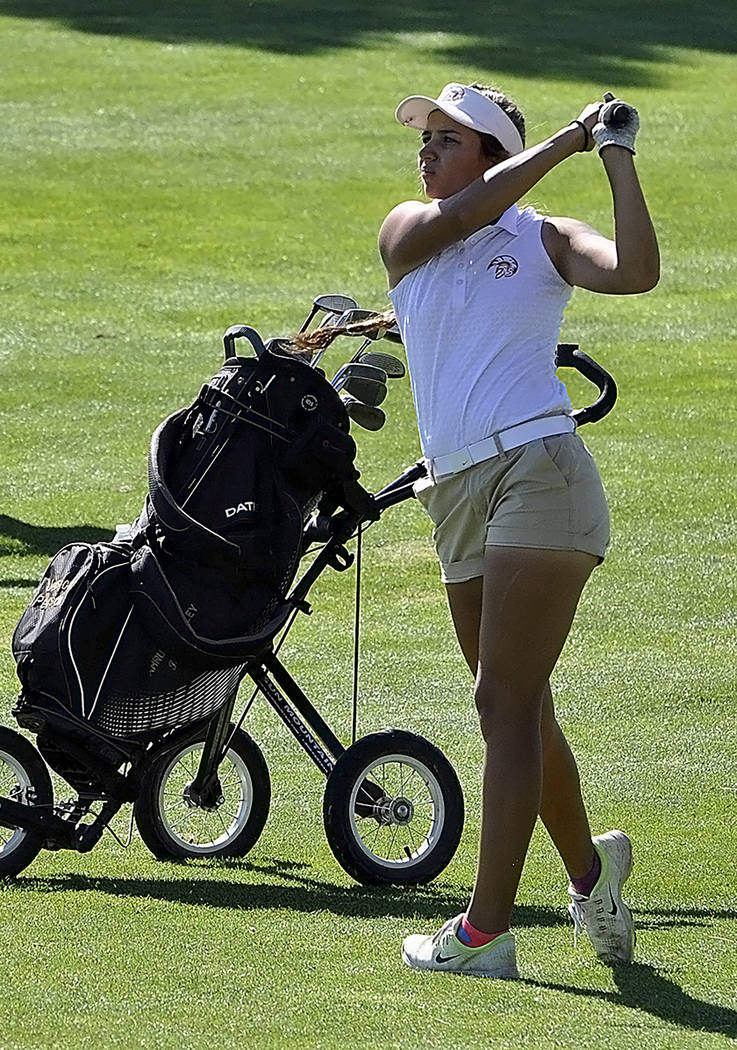 Horace Langford Jr./Pahrump Valley Times Senior Jessica Pearson finished 12th with a score of 193 to help Pahrump Valley to a second-place finish at the Class 3A state girls golf championships in Truckee, California.

Although the Class 3A state girls golf championship was played in Truckee, California, Southern Nevada schools had the better of the Schaffer’s Mill course.

Pahrump Valley sophomore Breanne Nygaard, who started the day with a one-stroke lead, carded an 81 Tuesday to finish in third place, leading the Trojans to second place in the tournament.

Boulder City, runner-up to Pahrump Valley in the Class 3A Southern Regional the week before, erased a 14-stroke deficit after the first day to defend its state championship.

Lowry’s Tatyana Carlson won the tournament by shooting 155. Ryan Flynn of Truckee was second at 158. Class 3A Southern Region champion Carolyn Lemon was fourth at 167.

Boulder City’s team total of 744 was six shots better than second-place Pahrump Valley. Elko finished third at 774, ahead of Lowry (788) and Spring Creek (806).

The Trojans were in good shape after the first day, shooting a 375 led by Nygaard’s 8-over 80 that led the field.

Makalea Petrie finished ninth with rounds of 91 and 93 for Pahrump Valley, while Jessica Pearson’s scores of 98 and 95 were good for 12th.

The Eagles’ top golfers, Ryann Reese and Sydney Krumm, finished fifth and sixth, respectively, but it was the dramatic improvement of the other Boulder City golfers that paced the second-day comeback.

Riley Shuman shot just 127 on Monday but bounced back to fire a 94 on Tuesday, while Makaela Perkins shaved 14 strokes off of her Monday 106 to post a 92 on Tuesday and finish 16th.