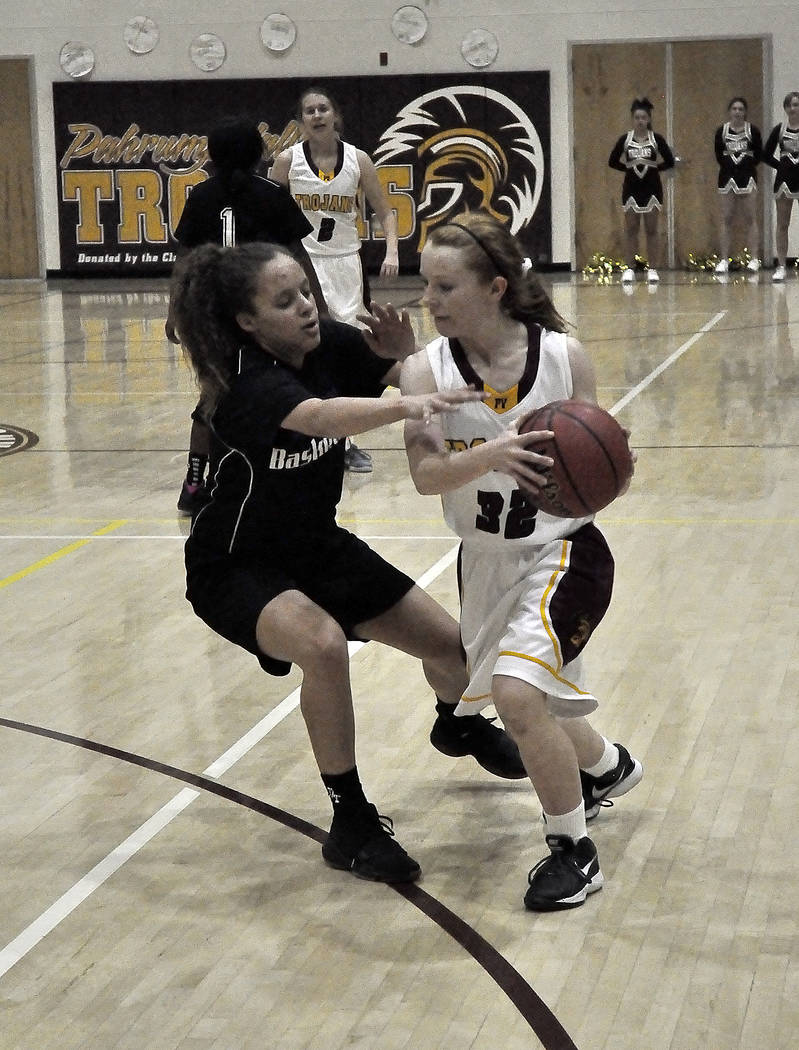 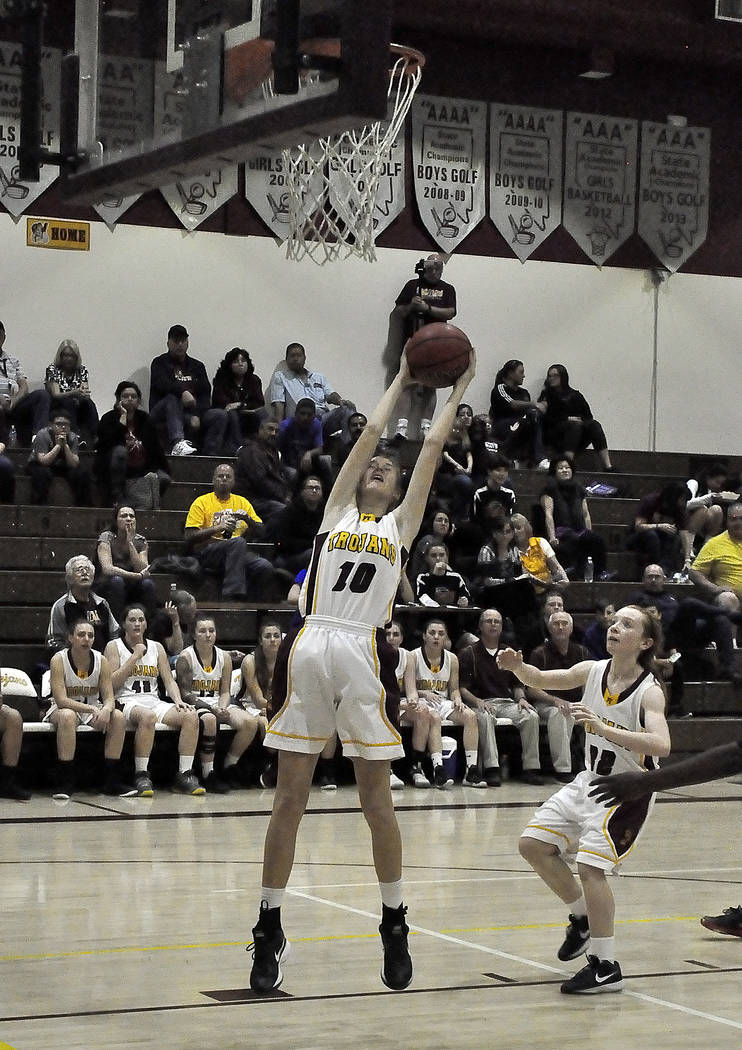 Horace Langford Jr./Pahrump Valley Times Samantha Runnion and Makayla Gent are shown in action on Feb. 2 at home against Desert Pines. The Trojans play host to Western on Friday night. 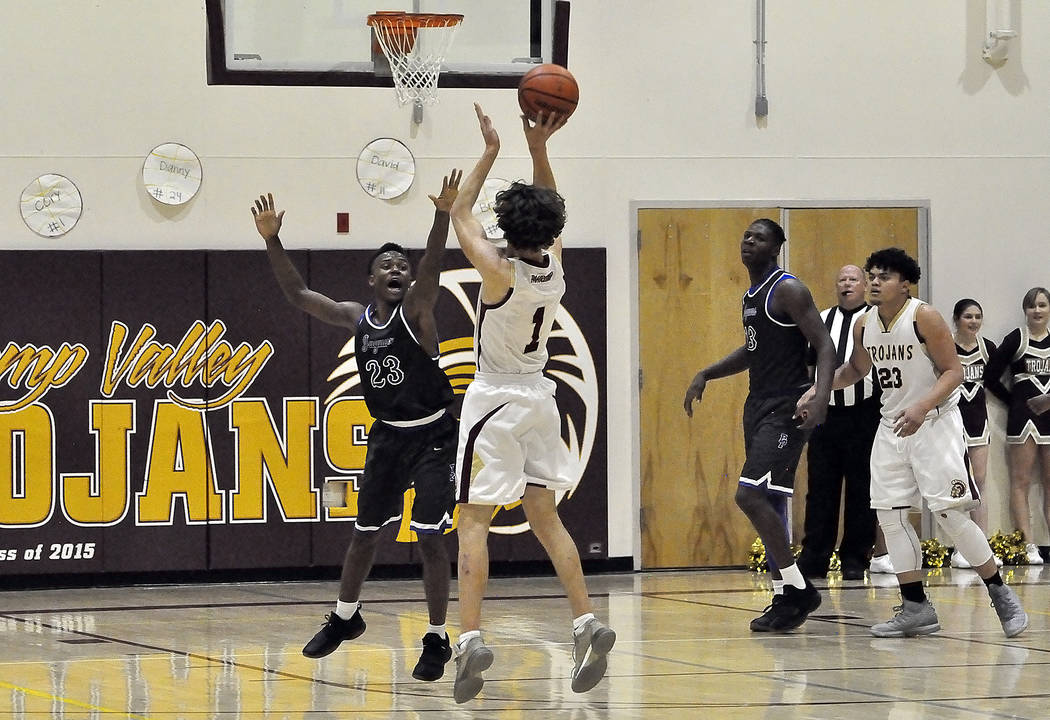 Horace Langford Jr./Pahrump Valley Times Cory Bergan of the Pahrump Valley Trojans takes a shot against Desert Pines on Feb. 2 in Pahrump. The Trojans play at home on Friday against Western.

The Pahrump Valley girls basketball team used a stifling defense and a balanced offense Monday to post a 40-27 win at Cheyenne as the Trojans closed in on their first league title since 2008.

In the boys game, Fortin paced the Trojans with 19 points, but Jaylin Headen led three players in double figures with 19 points as the Wildcats rolled to a 75-45 win.

Both Trojans teams will close out the regular season with Senior Night on Friday at home against Western. The girls game will start at 5 p.m. with the boys to follow at 6:30 p.m.