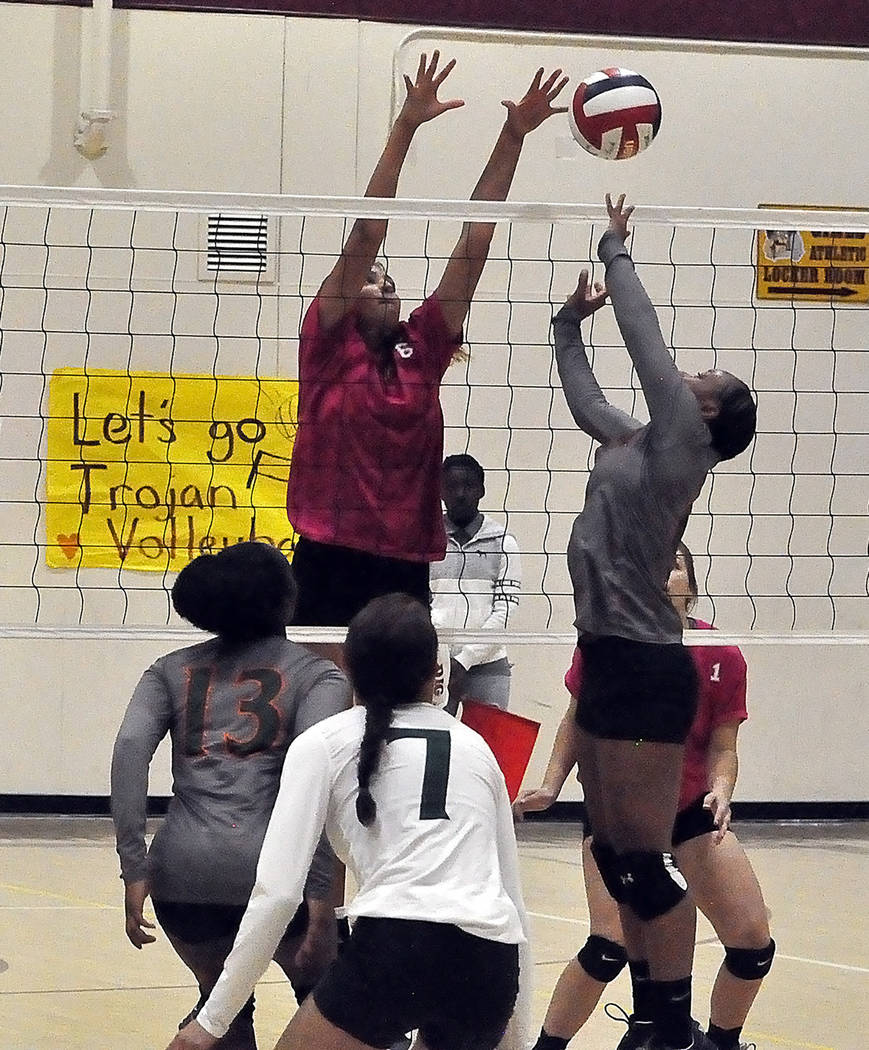 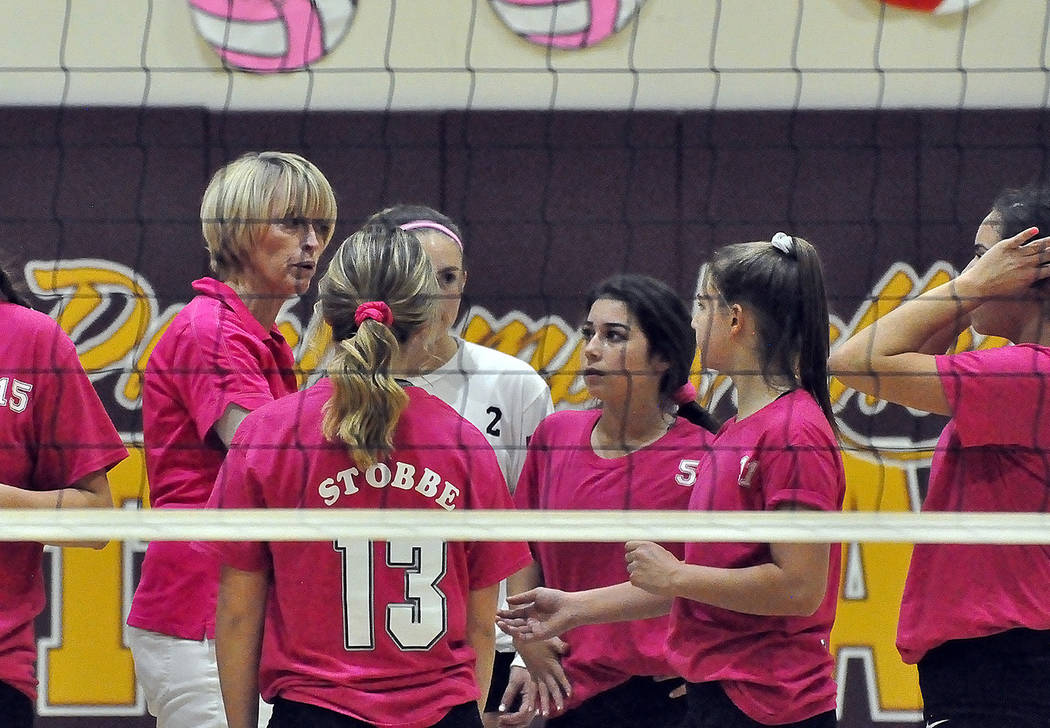 The top two volleyball teams in the Class 3A Sunset League have a spirited rivalry, and after Pahrump Valley defeated Mojave in five sets on Sept. 13 in North Las Vegas, the Rattlers figured to be fired up for the rematch.

“This dropped us into second place,” Pahrump Valley coach Jill Harris explained. “We split sets and then they go to points, and they scored more points than us.”

The Rattlers have scored 16 more points than the Trojans during the two matches between the teams. It is possible that either of them could lose to another league opponent, but it’s not likely. The only other team over .500 in league play is Western, which is 5-15 overall and was swept by both of the top two teams in their first meetings.

Although the Rattlers avenged their earlier loss to the Trojans, Harris saw good things from some of her players.

Some holding together was needed after the Trojans dropped the first two sets. The second was especially frustrating, as the Trojans fell behind 14-6 before rallying, coming within two points four times but not cutting the deficit to one until it was 24-23. But a kill attempt found nothing but net, and the Rattlers had a 2-0 lead.

“We were lacking intensity in the first two sets,” Harris said. “We didn’t pick up our intensity until the third set.”

The biggest problem for the Trojans was Scott, who at times was a dominant presence in the middle.

“I thought we played her better than we did when we were there,” Harris said. “When we’re attacking, they can’t get the ball to her.”

The fourth set featured a wild ending, as the Rattlers fought off three set points before taking a 25-24 lead. But they couldn’t put it away. Each team committed a double hit violation on set point after that, but two consecutive errors by Mojave gave Pahrump Valley a 29-27 win and an even match.

The fifth set was largely anti-climactic, as Mojave held a slim lead throughout. They never pulled away but never allowed the Trojans to get even, winning 15-12 to move into a first-place tie, which, as Harris explained, puts them ahead of the Trojans on the tiebreaker.

The Trojans go outside the Sunset today for a 6 p.m. match at Cheyenne, then start a season-ending three-game stretch of league matches Tuesday at Somerset-Losee.