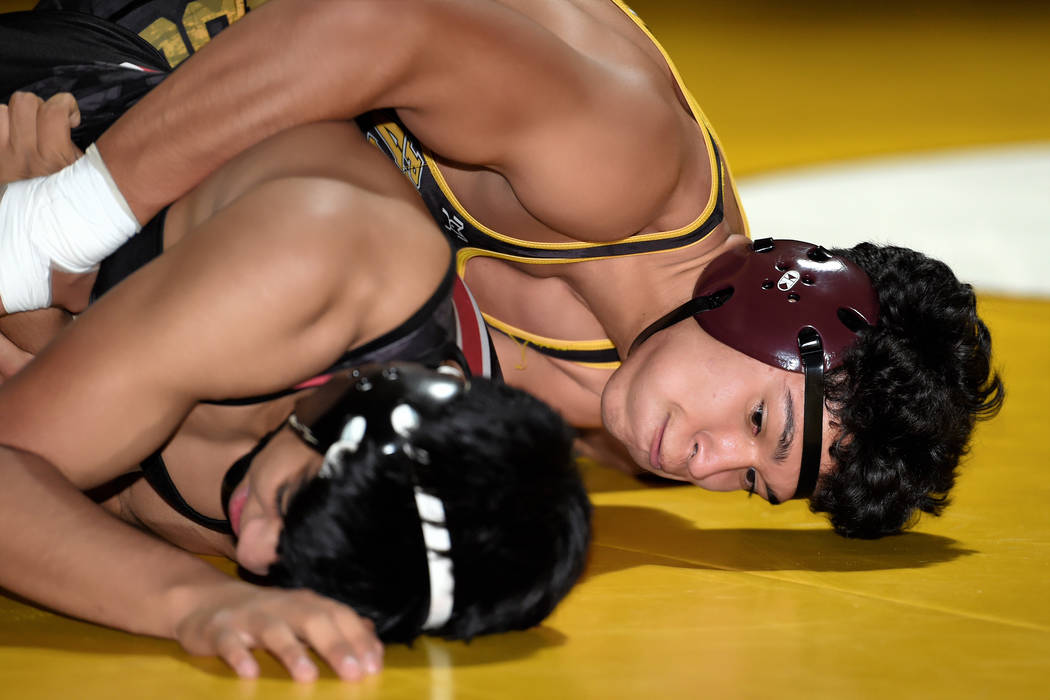 Peter Davis/Special to the Pahrump Valley Times Pahrump Valley senior Isaak Cruz takes control of Juan Vargas of Western on his way to a third-period pin at 145 pounds Wednesday night during the Trojans' 42-35 win over the Warriors. 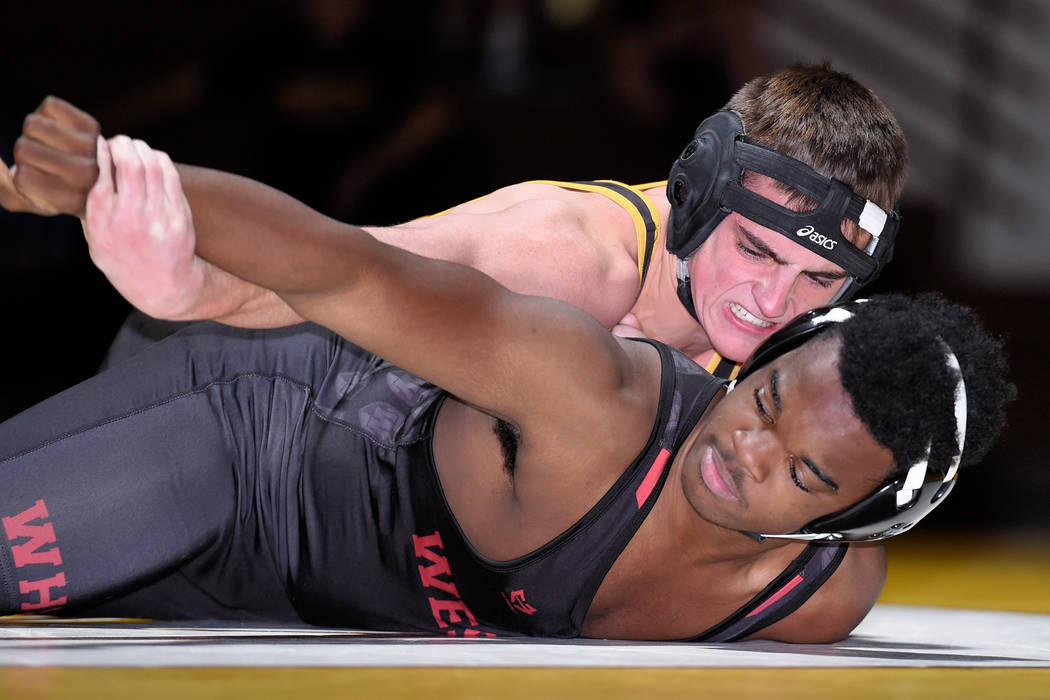 Peter Davis/Special to the Pahrump Valley Times The effort shows in Tristan Maughan's face as he battles Western's Lydell Hamon at 170 pounds Wednesday night. Maughan recorded a fall in 1:49 to pull Pahrump Valley within five points. 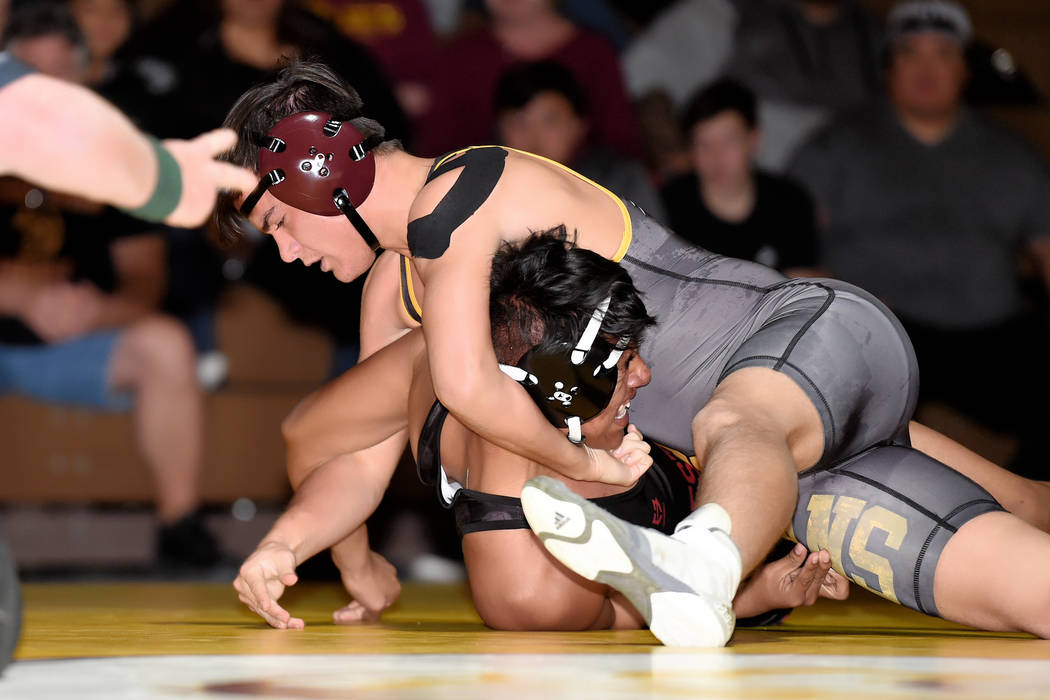 A better script would be hard to imagine for the Pahrump Valley High School wrestling team.

On Senior Night, three seniors stepped up and recorded crucial pins as the Trojans rallied from a big early deficit to defeat Western 42-35 on Wednesday, wrapping up their second consecutive Sunset League championship.

The Trojans won only three of the 10 contested bouts, racking up 24 points in forfeits. Even so, it was unlikely regular decisions would be enough to win the match, putting pressure on seniors Isaak Cruz, Dylan Grossell and Tristan Maughan.

Cruz stepped onto the mat at 145 pounds with his team trailing 29-0 after Trojan wrestlers did not register a single point in four of the six opening bouts. The momentum was with the Warriors, who sent out Juan Vargas to battle Cruz.

After a scoreless first period, Vargas finished the second strong, and a takedown with three seconds left gave him a 3-0 lead. But Cruz took the lead with a takedown and two near fall points, and after a Vargas escape tied the score, Cruz took him down again and was in control until the fall at 5:23.

“I finally started working what I’m supposed to work,” Cruz said of the third period. “Simple ankle pick, wasn’t much of an ankle pick. I go for a half-nelson, which is when you reach your arm over and just hold him down, and that’s the way I pinned him.”

Next up was Grossell, who reasonably could have been expected to sit this match out. He missed most of the season after fracturing a shoulder playing football, returned to the lineup briefly and then skipped Saturday’s Chaparral Invitational.

Wearing a brace on his left shoulder, Grossell took command in the first period against Jesus Perez at 152, registering a takedown 20 seconds in and eventually earning three near fall points. Grossell earned the pin midway through the second period.

“I was just forcing him in a half, trying to get it over with as fast as I could with as least amount of shoulder as possible,” Grossell explained. “I was trying to force half, and he just wouldn’t go over. So I tried to use the Saturday night ride. Then it worked second period because he started gassing.”

Not bad for someone who probably should have been watching from the sidelines.

“Dylan came up to me,” Pahrump Valley coach Craig Rieger said. “I wasn’t going to ask him. He came up and says, ‘Senior Night, I want to help the team.’ … Truthfully, that shoulder is banged up, and that’s probably his last match. Senior Night, at home, he gets a pin. Good for him. His parents were so happy it finished like that.”

The first of four Western forfeits came at 160, which is why Rieger moved up Maughan to 170.

“My coach wanted to me to get a match on my senior night,” as Maughan put it, so he went up to 170 to tangle with Lydell Hamon. Despite it being the first time wrestling at 170, Maughan made quick work of it, posting the pin in 1:49.

“I stuck him right on his back,” Maughan said with a smile.