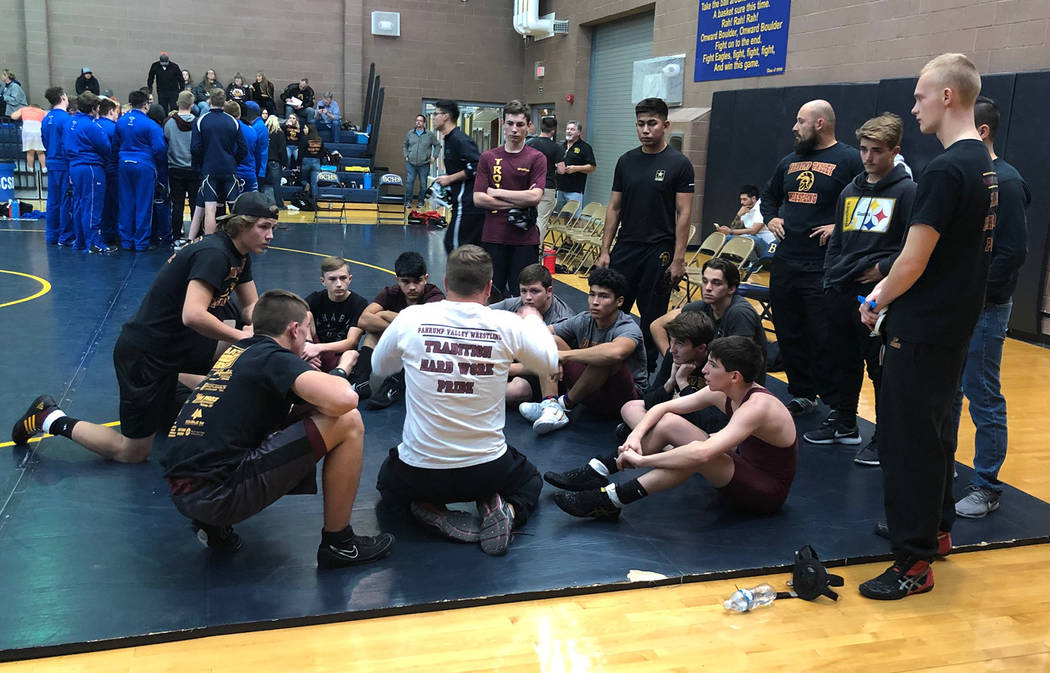 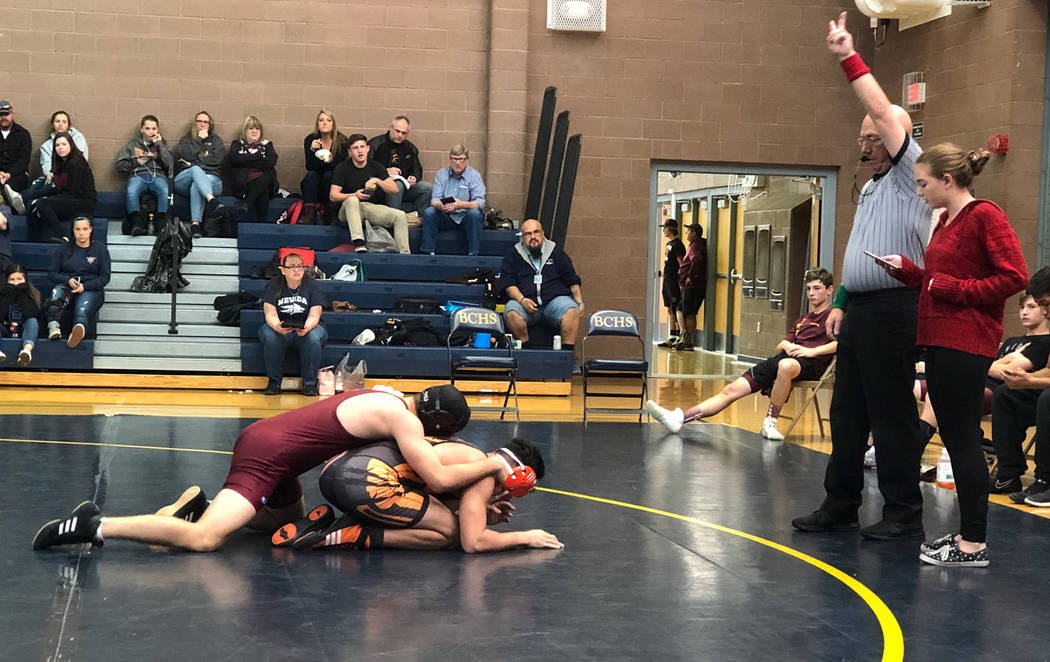 Tom Rysinski/Pahrump Valley Times The referee signals two points for a takedown for Pahrump Valley sophomore Dylan Wright during the Trojans' fifth-place match against Chaparral on Saturday at the Boulder City duals. 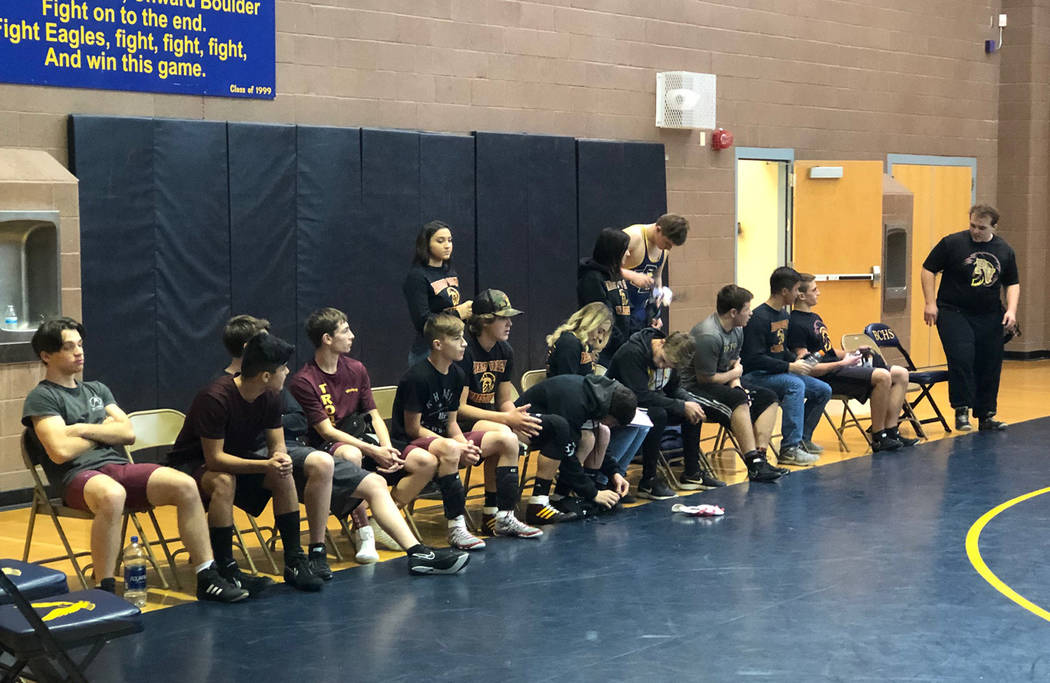 But it was only somewhat about the results for Trojans coach Craig Rieger.

“It’s all about mat time,” he said. “They just need experience on the mat. This is our first contact, and some of the other teams have already had a dual, so this is great for us getting four duals. Such a young team, and some of the boys are coming off the football season.”

Rieger characterized the competition as “middle of the road” at the event, which he said was good for his team at the start of the season. The format was twin quad meets, with each team then getting a fourth match against the team that finished in the same position in the other half of the draw.

The Trojans opened with a 45-36 win over Rancho, followed by a 48-30 loss to Coronado and a 40-36 loss to Moapa Valley. That sent them to the fifth-place match against Chaparral, which the Trojans won 39-26.

Pahrump Valley was the only team from its quad to beat a team from the other side in its final match. The host Eagles won their quad and then defeated Rancho to win the event, Desert Pines defeated Coronado to take third place, and Desert Oasis topped Moapa Valley for seventh.

Wright and Landis were dominant throughout the day. Wright, wrestling at 182, recorded two first-period pins and two second-period pins. Landis, the Trojans’ 285-pounder, pinned three times during the first period and was awarded a forfeit victory against Chaparral.

But Rieger said some of his younger wrestlers impressed him as well.

“Coby Tillery looks good at 126,” Rieger said of a wrestler who won by fall against Rancho and Chaparral. “Henry Amaya, but he’s got to make weight. He was a pound and a half over. Those two were the standouts, I thought.”

Isaak Cruz and Tristan Maughan each recorded three victories in four bouts, with Cruz netting two falls at 152 and Maughan pinning twice, winning a 2-0 decision and losing by a 2-1 score at 160.

Maughan’s experience was unusual, as very few bouts went the distance. In four matches, only eight resulted in decisions and many of the falls, both for and against the Trojans, came early.

But Rieger isn’t too concerned about any of that this early in the season.

“We’re starting four freshman right now, and we’re missing some guys,” he said. “Some guys are wrestling up a weight class right now. Our lineup isn’t cemented quite yet, but that’s OK. It’s the beginning of the year, and we’ll come together.”