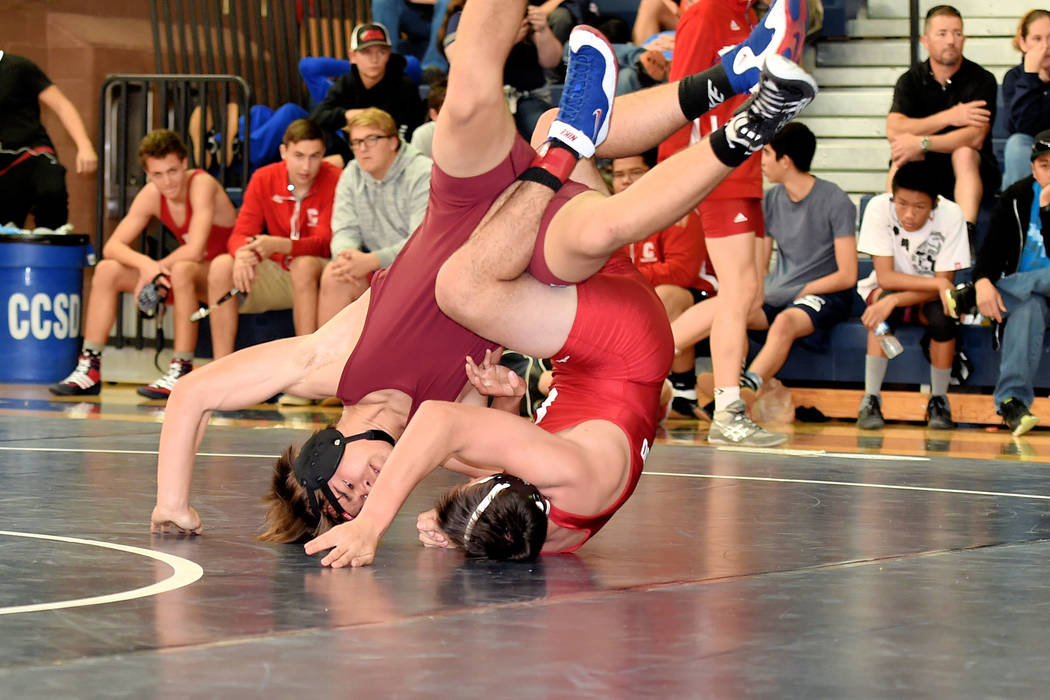 Peter Davis/Special to the Pahrump Valley Times Bray Durazo competes against Coronado at the Boulder City Duals. The event was Dec. 2 with Pahrump Valley earning third place among 12 schools. 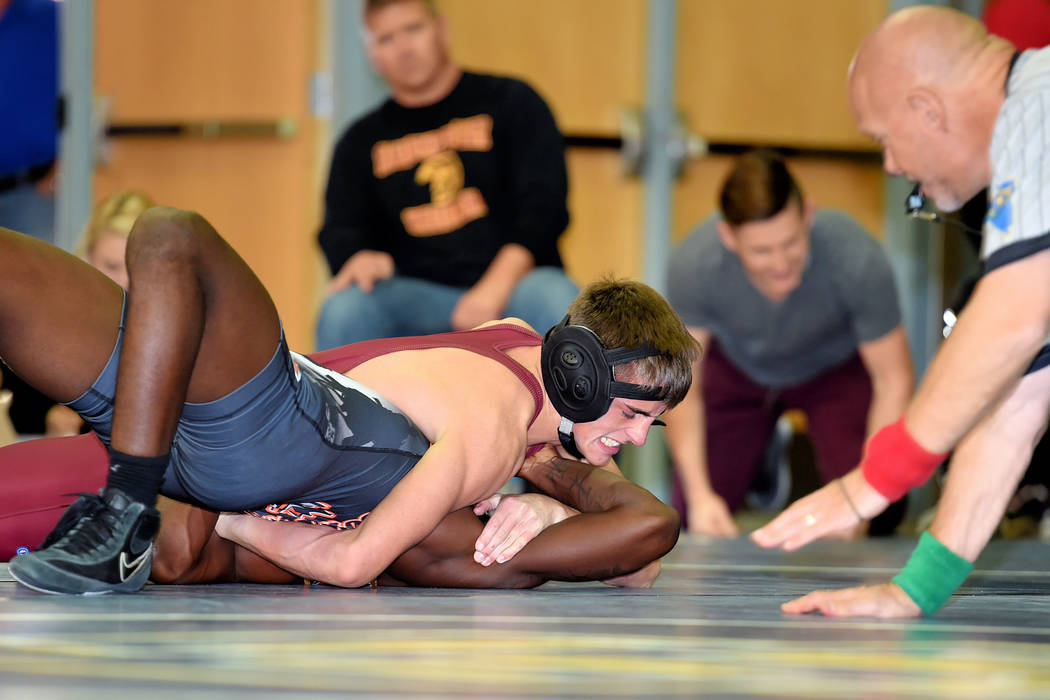 Peter Davis/Special to the Pahrump Valley Times Pahrump Valley's Tristan Maughan pins a Chaparral wrestler in the Boulder City Duals on Dec. 2. The Trojans were competing against multiple schools in the event. 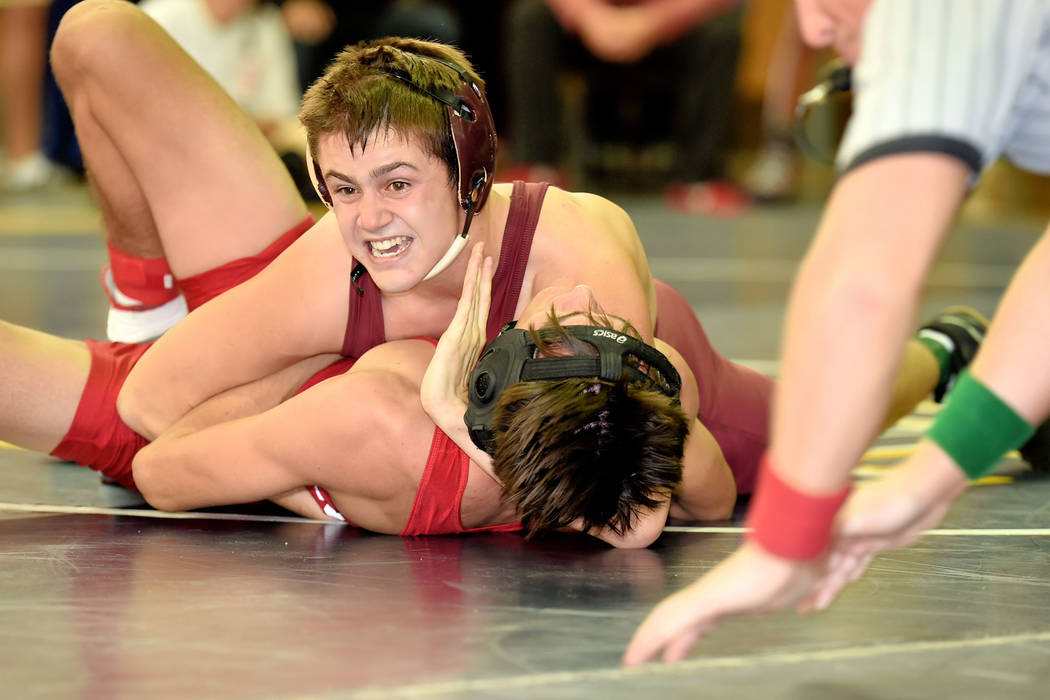 The first test for the Pahrump Valley High School wrestling team this season was at the Boulder City Duals.

The event was Dec. 2, with Pahrump Valley earning third place among 12 schools.

The Boulder City High School wrestling team claimed the title at the Boulder City Duals on Saturday, giving an early look at what could be a special season for the program.

“I’m so proud of all our guys for the hard work they put in,” Eagles head coach Jim Cox said. “Every team at the duals is tough, but our guys fought hard and a lot of them came out undefeated. Having wrestled against most of the teams in our region already, we feel like this could be another great season for us.”

This was not a league meet, but the outcomes and the preparations for the upcoming duals mean the same to the boys competing.

The Pahrump Valley team is coached by Craig Rieger.

The Trojans had a big year in 2014-15 when they won the state championship and since then it has been hard times trying to get back up to that form.

The main problem has been a lack of senior wrestlers. For the past two years the team was hard-pressed to keep the athletes wrestling into their senior year.

In a recent interview, Rieger indicated that this year is different.

“We have 55 boys out for the team this year,” Rieger said at the time. “This year we have 10 seniors leading the team. So we have the experience.”

The first of two meets that will be held in Pahrump is scheduled for Jan. 9, where Cheyenne High School will make the journey to compete against the Trojans.